Hundreds of dead fishes have been seen washing up at West Johor Strait over the last two days. 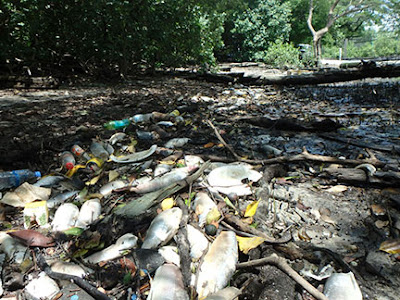 Most of the dead fishes were about the same size and look like the milkfish farmed by the largest fish farm in that area. Has there been another mass fish death among the fish farms in the West Johor Strait? If so, what caused it? What does this mean for public health? What can and has been done to improve ecosystem health in the area to prevent a recurrence?


Yesterday (17 Jul 2016), at around 10.30am today, a concerned nature lover shared sightings of what looked like hundreds of dead fishes floating into Sungei Buloh Besar with the incoming tide. I only managed to get there around 3pm and the tide had already gone down. So I saw only some dead fishes at Sungei Buloh Besar as well as the Kranji extension. Most of the dead fishes were about the same size and look like the milkfish farmed by the largest fish farm in that area. Here's more photos in this facebook album.

This morning, at around noon, I arrived at Lim Chu Kang Jetty. Dead fishes dotted the water between the fish farm and the shoreline, and there was a long line of dead fishes on the tideline for this morning. 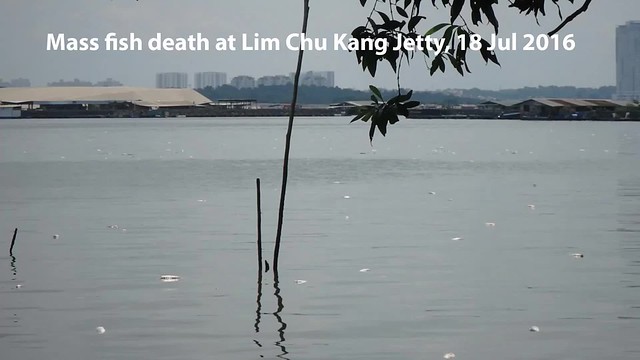 Initially, from the Jetty, the shoreline looks extremely clean. There was not a scrap of litter or dead fish in view. BUT the stench of dead fish was very strong. 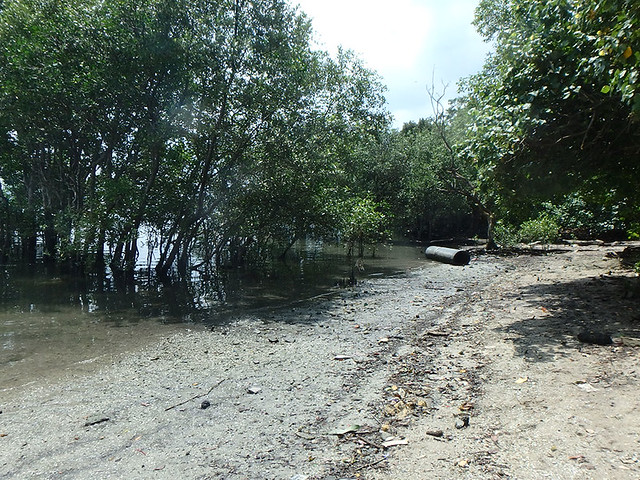 Where are the dead fishes? Just walk a few metres down the shore, just beyond sight of the Jetty, a long line of dead fishes. Out of sight but not out of smell. 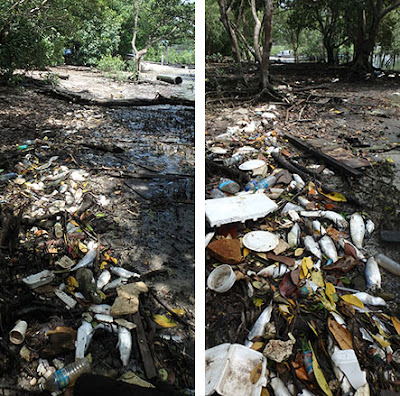 Deeper in the mangroves, the dead fishes and the trashline has yet to be cleaned up. 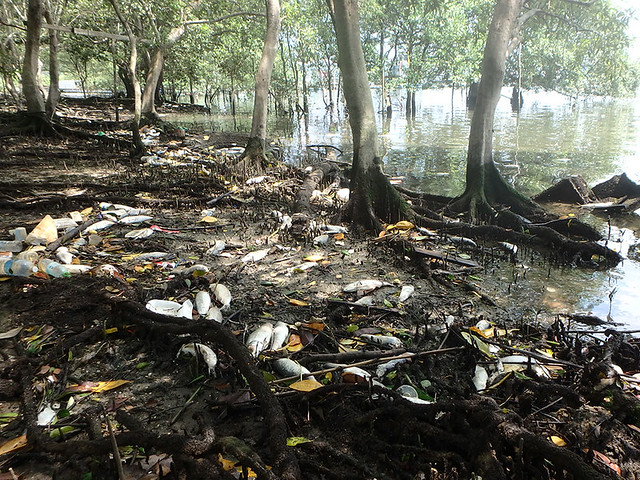 Although the high shores of the mangroves look unusually clean. 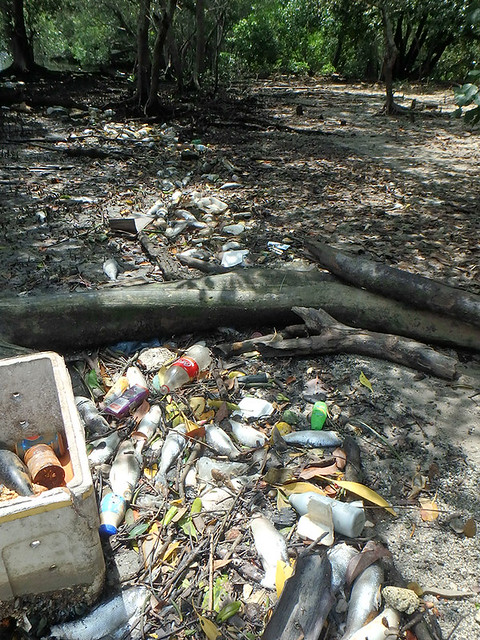 Most of the fishes look like farmed milkfish and were about the same size. I saw one Spotted scat, but no other wild fish. 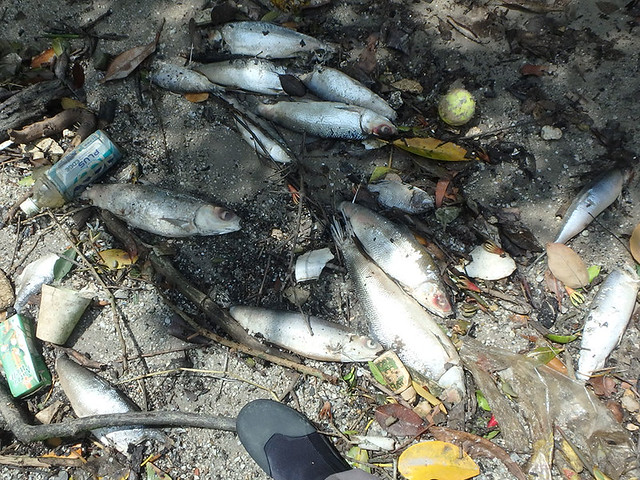 I made a quick stop at Sungei Buloh. At the Main Bridge, there were some floating dead fishes, probably the same ones I saw yesterday. There were still many halfbeaks and I saw a small school of mullets under the Bridge. 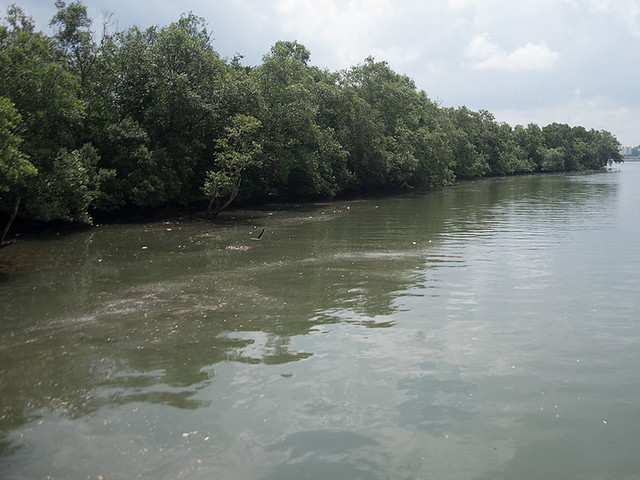 At Kranji Trail, at the bridge I saw some fishes at the water surface in the outgoing tide. If wild fishes also start to die in large numbers, it is a sign that things are really not well with the water quality in the West Johor Strait. 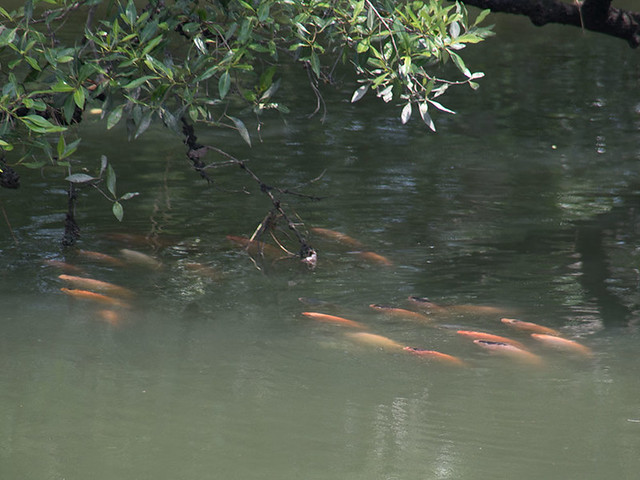 A check at Kranji Dam, not much fishes. Seems like the dead fishes are most abundant at Lim Chu Kang Jetty, near the fish farms. Has there been another mass fish death among the fish farms in the West Johor Strait? If so, what caused it? What does this mean for public health? What can and has been done to improve ecosystem health in the area to prevent a recurrence?

When I was there, The Agri-Food & Veterinary Authority of Singapore (AVA) was clearly present at Lim Chu Kang Jetty. There were two AVA vehicles parked nearby.

The AVA boat was at the end of the Lim Chu Kang Jetty, with many people in orange overalls around it. 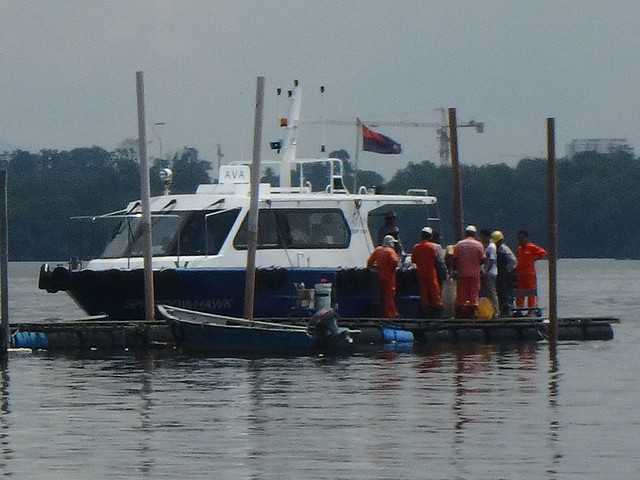 There was also a floating structure that was being moved with smaller boats. 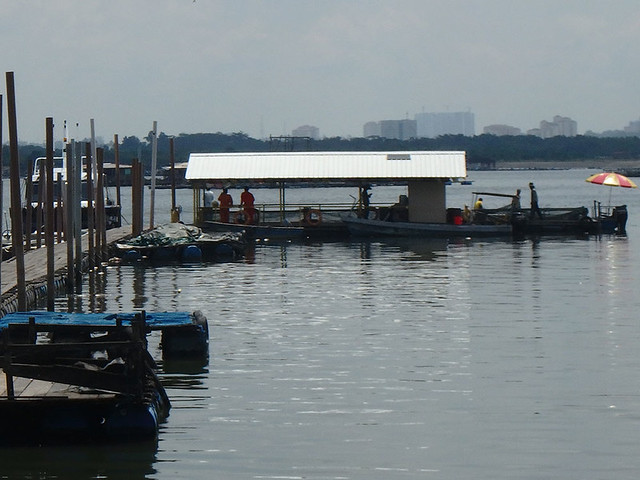 Floating dead fishes dotted the waters around them. I have no idea what is going on. Here's a video of the situation. 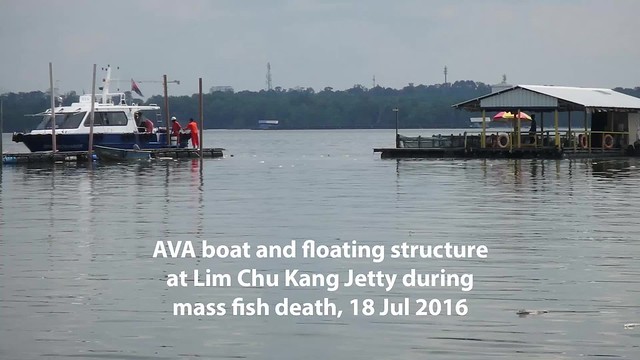 There were two workers bringing up pails with dead fishes in black garbage bags. 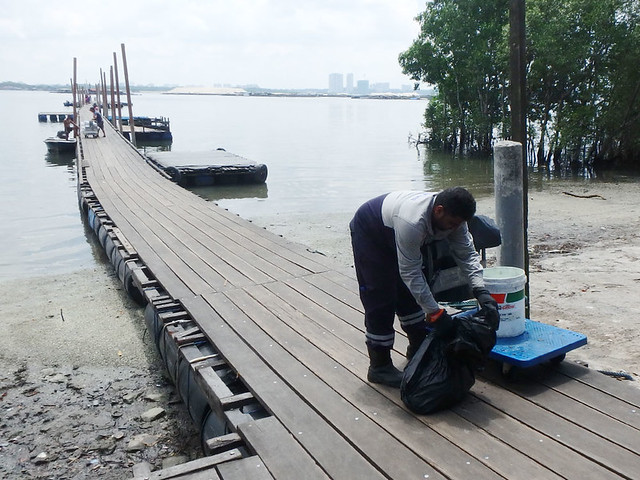 The bags were disposed into the skip tank. Which was mostly empty. Looks like this is a new skip tank as the one I saw last night was full to the brim and smelled of dead fishes. 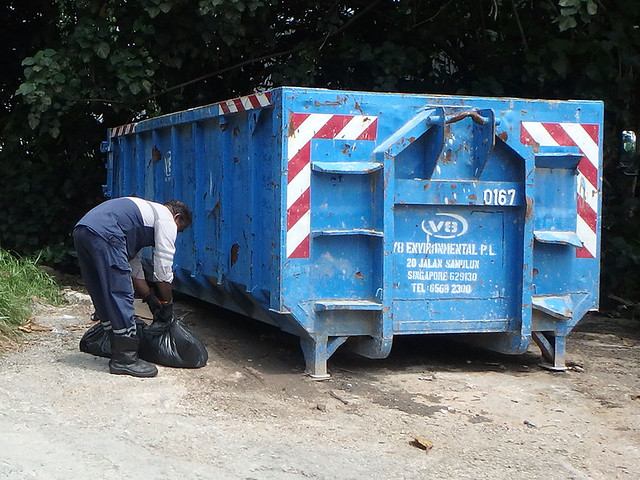 The small bin net to it was full and leaking something that smelled disgusting, puke-inducing. 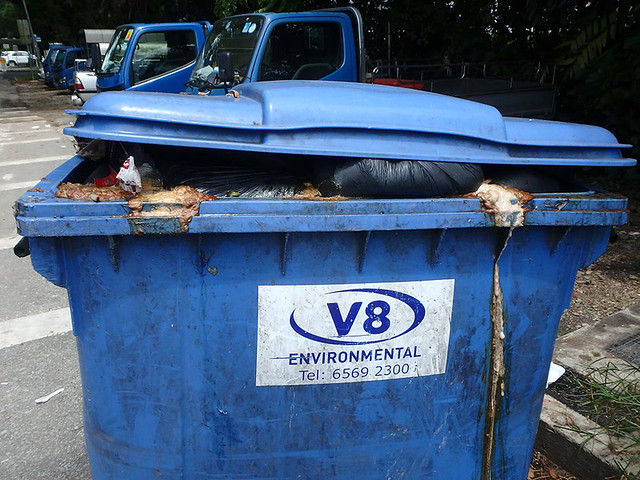 There were also men in overalls and nets, fishing out things from the side of the jetty. Probably the dead fishes I photographed last night. 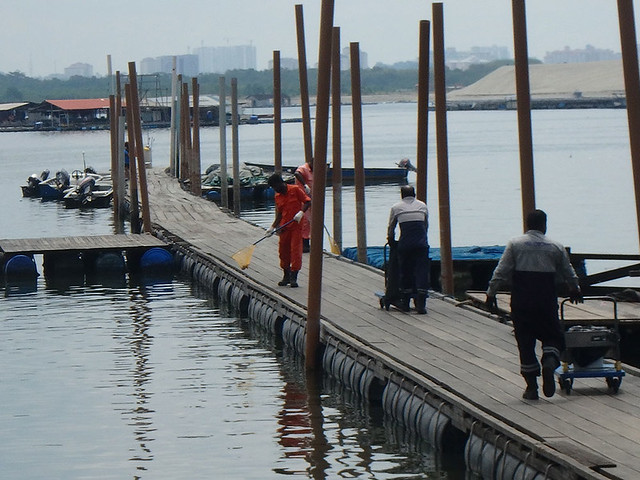 While it's good to see the effort to keep the place clean and get rid of the dead fishes, AVA should go beyond cleaning up only what can be seen from the Jetty.

There should be an equal effort to understand the underlying causes of repeated and regular mass fish deaths, and to work with all stakeholders to resolve the issues.

Thanks to Lim Yaohui for documenting this incident. His video is featured on the Straits Times FB page and it has already 15k views.


You CAN make a difference: Dead Fish Alert!

There are too many shores for me to personally check, so I really appreciate any info or photos that you can share. Thank you!