According to a post on Stomp, 'massive amounts of oil gushed into the sea' on 30 Apr 2016 at Tankstore on Pulau Busing. 5 days after the incident, I have not been able to find any public announcements from corporations or agencies responsible for such incidents.
Pulau Busing is close to some of the best reefs and seagrass meadows in Singapore. 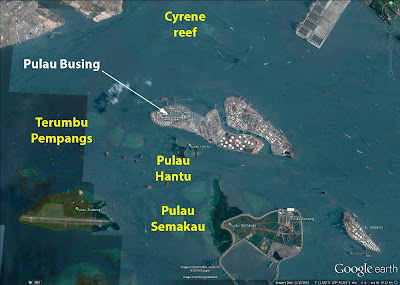 Why is now a bad time for an oil spill? What natural shores may be affected by the spill?

[Update: Straits Times reported on the incident on 5 May 2016]

Stomper C and Mak shared a video of the incident with Stomp, showing massive amounts of oil gushing into the sea water.

Tankstore is a petroleum storage company and its facility is located on Pulau Busing, an island in Singapore.

Mak told Stomp: "This happened at Tankstore Singapore at Pulau Busing at around 10 plus to 11am this morning.

"The bottom catch of a tank gave way.

"Previously, there was the Jurong Island fire. Now, a tank burst. What is going on in our oil industries?"

C also said: "It was quite random. The container cover burst open."

There is also a video on the Stomp post

It appears the spill may be have been massive enough to result in a decline in trading, from this Reuters report:

"SINGAPORE, May 3 (Reuters) - Cash discounts of Asian 380cst fuel oil narrowed on the first trading day of the week on unusually few offers for the more viscous fuel oil in the Platts window, industry sources said.

Just three physical offers for 380cst fuel oil were made in the Platts window on Tuesday which was "in sharp contrast to the usual 10 to 20 offers typically seen throughout April," said one Singapore-based trader.

The decline in offers could be a result of a fuel oil spill at Tankstore's facility in the southern island of Pulau Busing, Singapore, which could hamper sales from a number of suppliers with storage there, said another Singapore trader."


A storage tank containing fuel oil sprung a leak on April 29, flooding the surrounding area but stopping short of the sea.

The leak occurred within a facility owned and managed by petro- leum storage company Tankstore on Pulau Busing, which is located off the south-western coast of Singapore, west of Pulau Bukom.

Fuel oil is a heavy oil used for power and heat generation.

The Maritime and Port Authority of Singapore (MPA) said it received a report on the oil spill at about 9.45pm on Saturday.

When contacted, Tankstore informed MPA that one of its tanks had leaked on April 29 at about 12.05pm. The leaked oil was contained within a pit wall around the tank and no oil had spilled into the sea.

MPA said it has not sighted any oil in the waters off Pulau Busing in its daily checks.

Clean-up operations were still in progress as of Tuesday, according to a report by marine fuels publication Platts Bunkerworld.

Any public explanations of the incident?

So far, now 5 days after the incident, I have not been able to find any public announcements from corporations or agencies responsible for such incidents. Key community leads have also not heard from agencies. I find this odd and rather disturbing. In the past, agencies would alert the community about such incidents.

Why is now a very bad time for an oil spill?

Anytime is a bad time for an oil spill. But now is particularly bad because our shores are already suffering from heat stress from the recent unusually warm temperatures. And, our corals have just spawned, releasing their offspring into our waters to seed near life. An oil spill will seriously harm such young life.

What natural shores are found near Pulau Busing?

Pulau Hantu is the closest, with beautiful reefs that was just visited by the volunteer divers of the Hantu Bloggers the weekend before the spill.

Also nearby is Cyrene Reef, a large submerged reef with some of the best seagrass meadows in Singapore. Also natural sandy shores, and reefs.

The submerged reefs of the Terumbu Pempangs are also nearby.

Also Pulau Semakau which has vast seagrass meadows and reefs.

The lovely submerged reef of Terumbu Semakau is also near Pulau Bukom and Pulau Busing.

Although tiny, Pulau Jong is among our last unspoilt islands and is very close to Pulau Bukom. 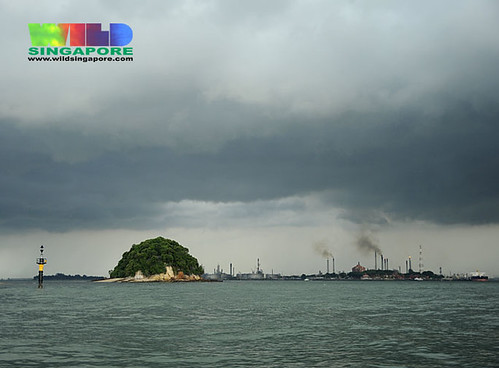 Further away on the mainland is Labrador and next to it, the natural shores of Sentosa. 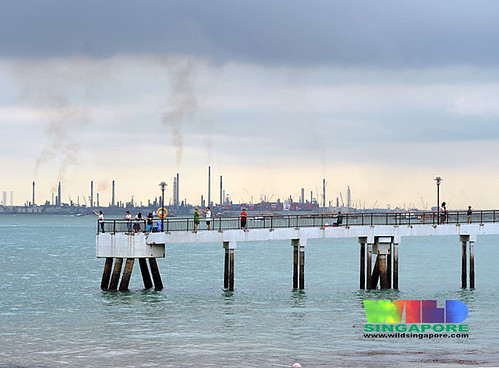 Will the aftermath of the oil spill affect nearby shores?

I have no idea and can only hope for the best.