Thousand of dead fishes washed up at Pasir Ris beach today. Sean Yap also shared photos of dead fishes found on the same stretch of western Pasir Ris that I surveyed. He also blogged about it. 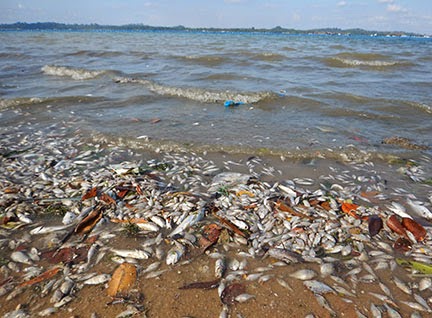 What is causing this mass fish death? Is it harmful to humans?


There was a line of dead fishes along the area I surveyed. Some had a thinner line. 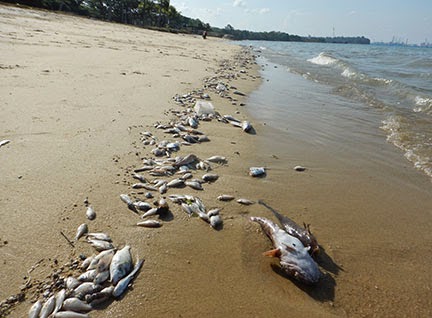 In the part of the shore outside Pasir Ris Park proper, there was a bigger build up of dead fishes. But even here, the cleaners were trying hard to clear up the fishes. I also met Dickson Ng who was cycling in the area and went down to the shore. I asked for his help to go down the entire length of Pasir Ris Park to see how widespread the dead fishes are. He said it extended from the "west most end of the park to the outlet of sungei api api". Thank you Dickson! 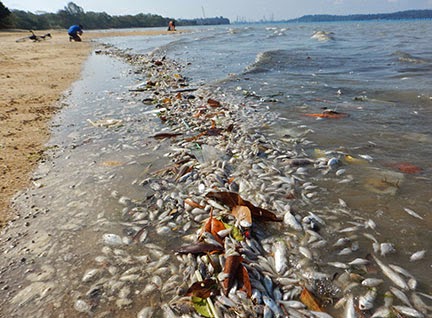 Another look at the fishes that washed up here. 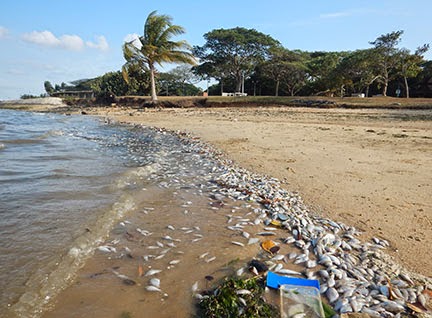 There were also many dead cuttlefish and squids, some of them were very large. 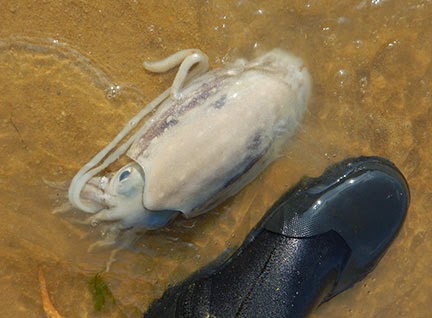 Many of the fishes were bloated with their guts hanging out. I'm not sure what this tells us about the cause of death? 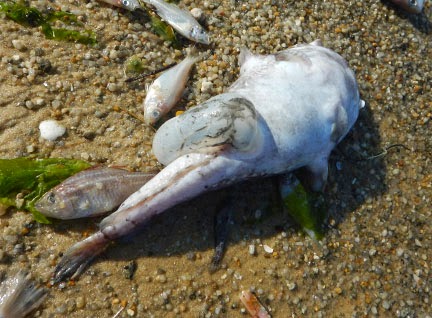 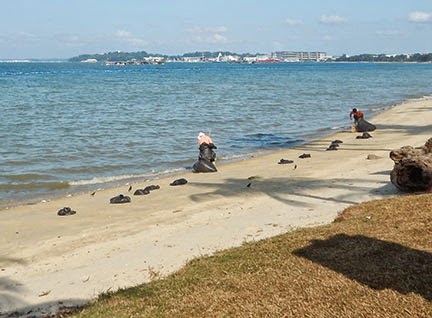 In the area outside the Park and which is thus not cleaned, the old high tide line is still there. There were many crispy dead fishes here, probably washed up with the high tide last night or the day before.

In this area, there are a series of pipes that appear to be either sucking in water or discharging water to the sea. Does this sort of activity affect water quality and thus make such mass fish deaths worse? I blogged about this issue some time ago. 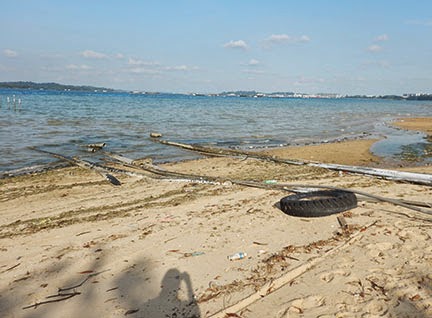 In some parts of the beach, lots of fishes are gathered by the currents. 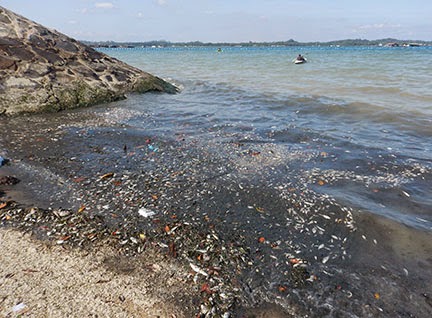 Some people on the beach are curious about the dead fishes. I advised the mum to keep her child out of the water. 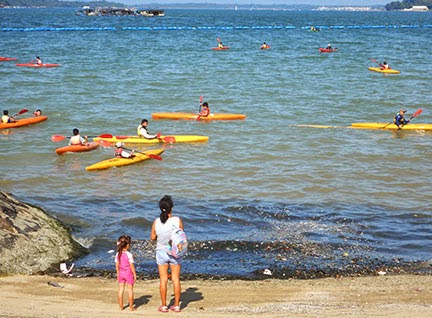 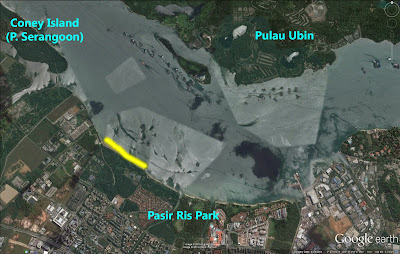 More sightings of dead fishes in the same area on Sean Yap's blog.

Update 28 Feb: I just heard from a volunteer conducting a kayaking lesson today at Pasir Ris who shared: "When I was in the water kayaking the temperature felt slightly higher than normal. It was warm, which was a little unusual as we would usually feel colder when we soak in the water. There were also many catfishes swimming in the water, near the surface. (Possibly breathing whatever oxygen is diffused?) There were a few eels as well. Around 4.30pm, there was one row of fishes along the water line. It felt like a shiny line of tragedy."

Update 1 Mar: There was mass deaths at the fish farms, according to media articles.

Recent posts about dead fishes at Pasir Ris and elsewhere

Around the same time last year, there were mass fish deaths at the Eastern fish farms located in the waters between Pasir Ris and Pulau Ubin. Conditions now are rather similar to last year: cloudless dry weather leading to higher water temperatures in the narrow Johor Straits.

Is it important to find out exactly what are killing the fishes at Pasir Ris?

What can we do to improve water quality at Pasir Ris?

Cleanliness surely is a key element of water quality and healthy ecosystems. While there are many variables that we may not be able to control, there are some that we can. If AVA can provide trash collection service during a mass fish death event, why can't they provide a trash collection service regularly? Why can't fish farmers be provided daily door-to-door trash collection like every other household, business and ship parked in Singapore port? More about this issue here. Today, I continue to see trash on the shore that clearly come from the fish farms. 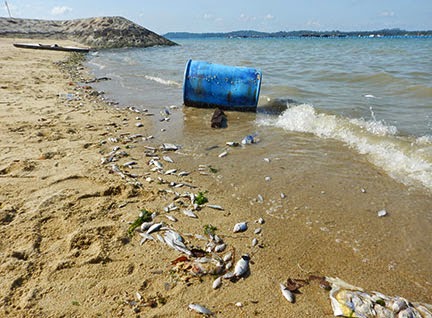 
Past incidents of mass fish farm deaths on our shores