The Chek Jawa Mangrove Boardwalk and Jejawi Tower will be closed from 29 Sep 2014 to 31 Jan 2015 for "upgrading works". Other facilities such as the Coastal Boardwalk, Visitor Centre and Viewing Jetty will remain open. 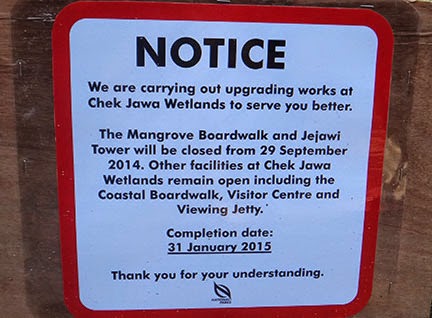 The Naked Hermit Crabs were so lucky to bring families to see the Mangrove Boardwalk before it was closed! 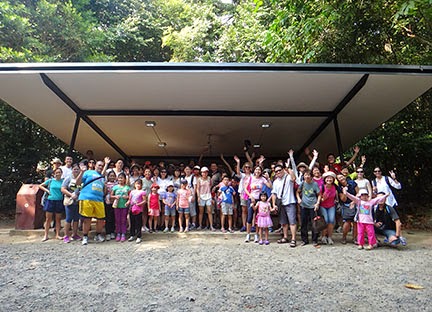 Since Mama Crab is on holiday, Ivan helped to kick start the walk with a brief introduction to Chek Jawa and the Crabs. 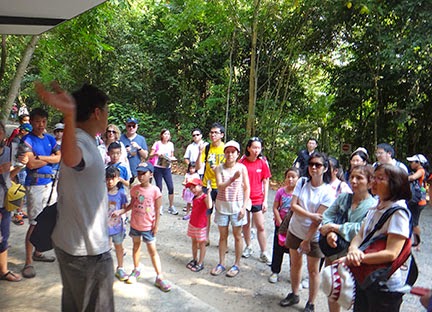 Here's the awesome families who joined me. We had such a fun time spotting critters and plants that I forgot to take photos of what we saw and did. 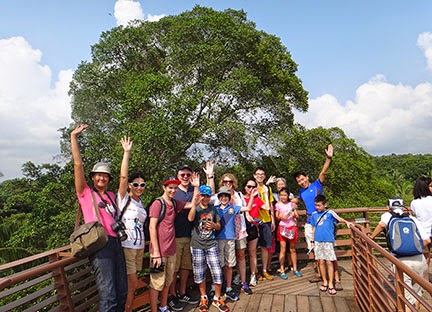 High tide is a great time to visit Chek Jawa! We spot schools of fish, and a big splash which might have been a dugong! We waited and waited but didn't see anything else surfacing. 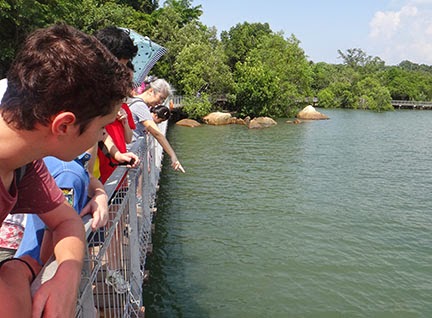 As we were leaving, Mama pig appeared near the bicycle stand. 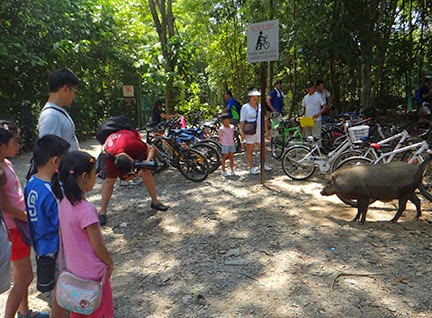 It appears that Mama pig has had a second batch of baby pigs which still have their 'watermelon' stripes. Her older babies are still with her too. 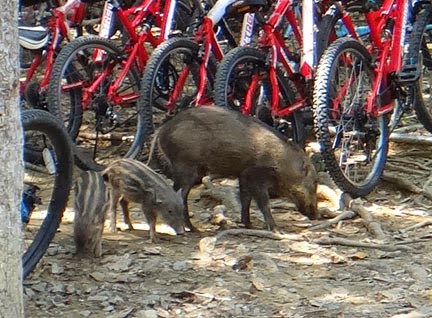 The two sisters are back in their restaurant. Which has been given a new coat of paint. Hopefully, they will put back the old photos that used to be on the walls. One of the sisters just had a pace-maker put in. She seems quite well today. They say their restaurant will be open again next month. 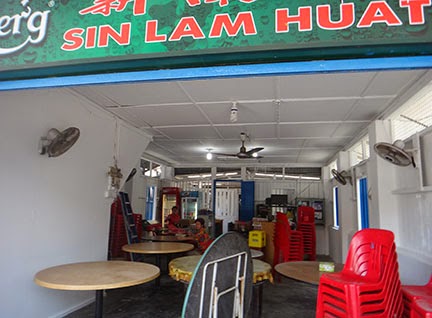