Two collisions with oil spills near Southern Islands in Jan 2014

On 29 Jan and 30 Jan there were two separate collisions with "some spillage of bunker fuel". They were close to some of our reefy Southern Islands.
One of the collisions seems to have taken place near Kusu Island's reefy shore. Here's more about the collisions.

According to an MPA media release, the collision on 30 Jan predawn between a containership and a barge was being towed by tug happened "4 km south of Marina South", which is probably near Kusu Island and Lazarus Island. One of the containership's "bunker tanks sustained damage, resulting in some spillage of bunker fuel". 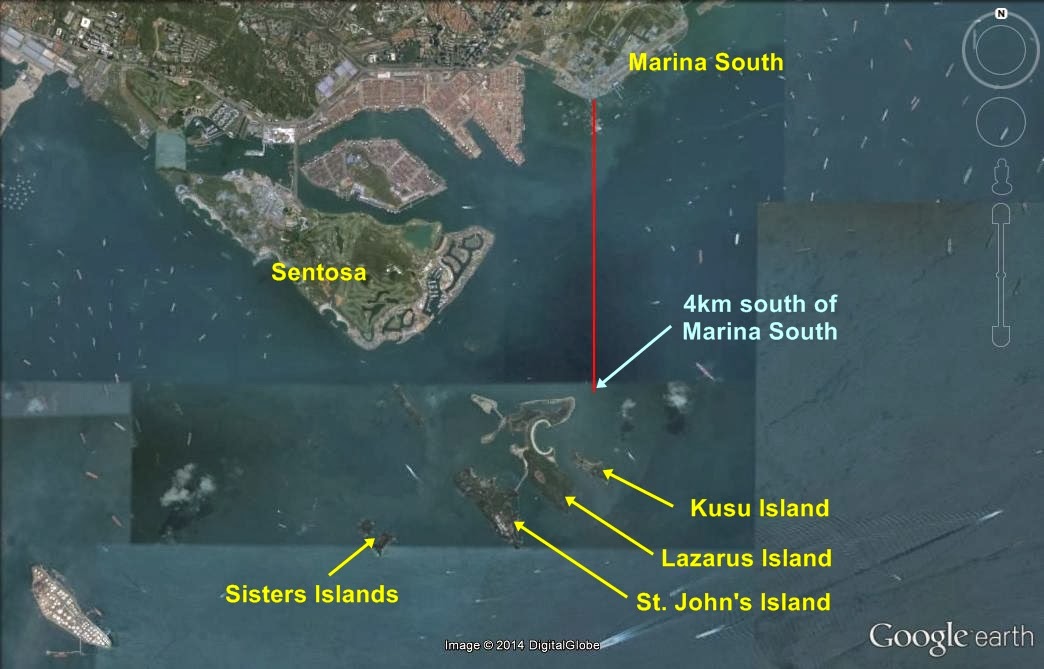 According to another MPA media release, the collision on 29 Jan evening between a chemical tanker and a containership happened "about 2.7 km, south of Jurong Island". Since Jurong Island is so large, the accident area is not immediately clear (the red line=2.7km). Areas that might be affected include Cyrene Reef, the Terumbu Pempangs and Pulau Hantu, as well as Pulau Salu. One of the containership's "bunker tanks sustained damage, resulting in some spillage of bunker fuel". 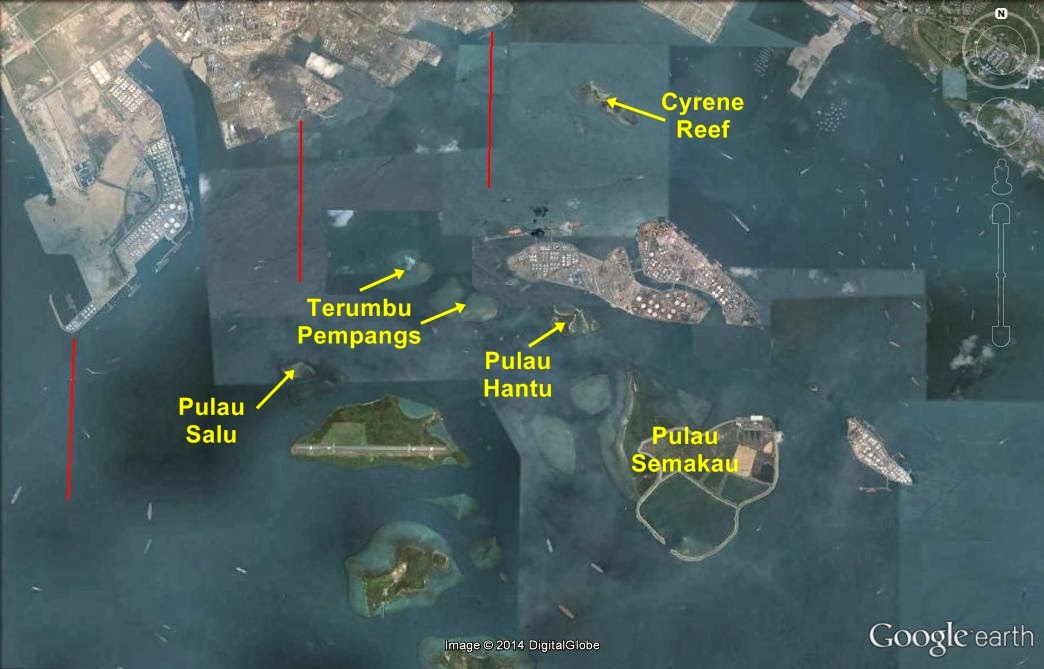 In both incidents, MPA "immediately dispatched patrol craft to deal with the spill. Oil spill response companies were also activated to support the clean up efforts."

In an update on the 29 Jan collision near Jurong Island, MPA said "Good progress has been made in containing and cleaning up the oil spillage resulting from the collision. There has been no further spillage of bunker fuel from Feihe. As a precautionary measure, oil booms and an oil spill response craft have been deployed around the vessel. In total, 10 craft from MPA and oil spill response companies have been deployed as part of the containment and clean up efforts."

The last oil spill was in Jul 2013 off East Coast Park. More about oil spills on this blog.

Updates of these collisions, the oil spill impact and more are in this blog post.