Mysterious goings on at Pasir Ris

One of the large pipes leading out to the sea was leaking furiously. It looks like it is discharging towards the sea. 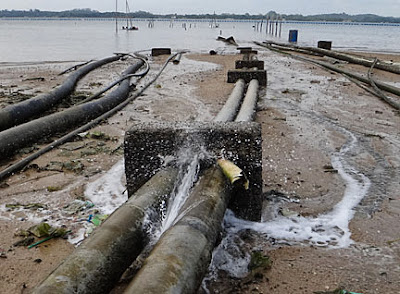 We also came across a large pump in the undergrowth. What's going on?


This pile of tyres obviously didn't float  up here. They were probably deliberately placed there and appear to form a marker. 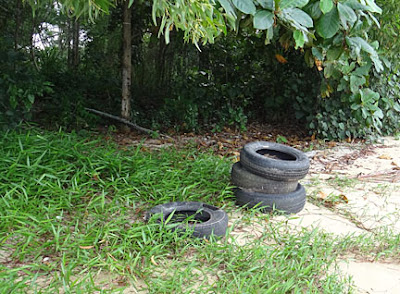 At these tyres, there was a path into the undergrowth. Where I saw what looks like a thing to drag a boat out of water. 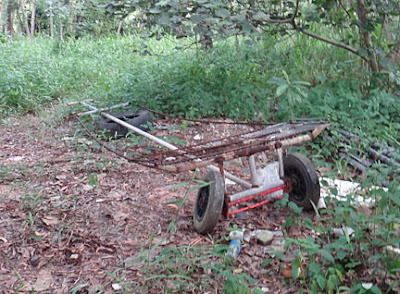 We came across this strange contraption in the vegetation just off the high watermark. It looks like some kind of pump. 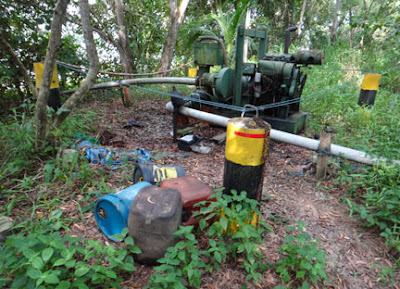 There was a well trodden trail next to the machine which included a well built bridge over a little stream. 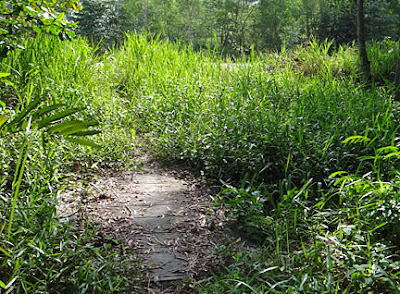 The trail eventually led to a gravel road. 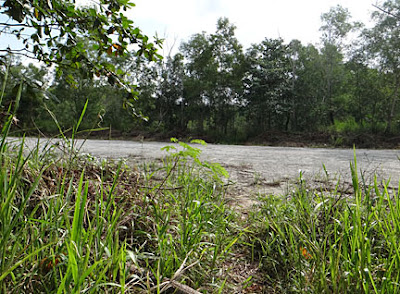 There was a broad gravel 'road' 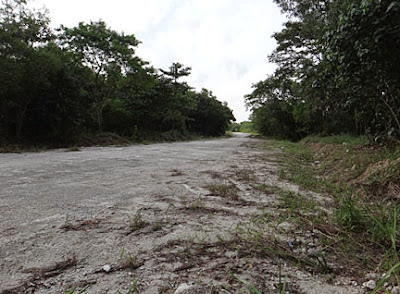 This gravel road is probably the white one in the Google Earth screen shot of the area. Who uses the road? What is the machine for? What is being pumped out onto the shore? 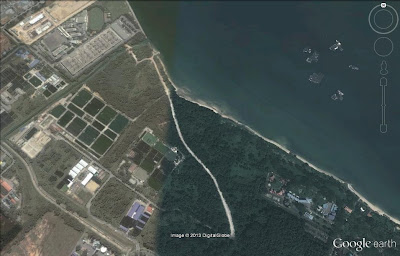 There were four men working in the water just off the pipes. One of the men came up to warn us about hornets after we came out from the bushes to explore the trail. Hmm...perhaps they didn't want us to poke around back there. 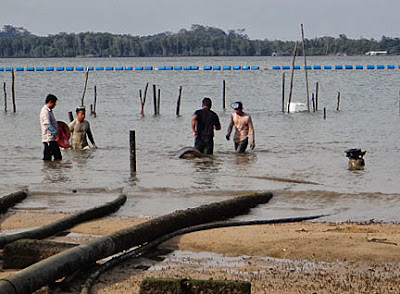 One of the men was working with a blue drum that was perforated. 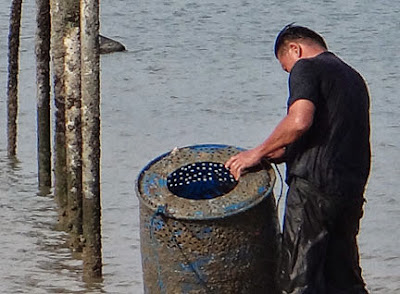 One of the other men had a snorkel mask and held on to something that looks like a gas tank. 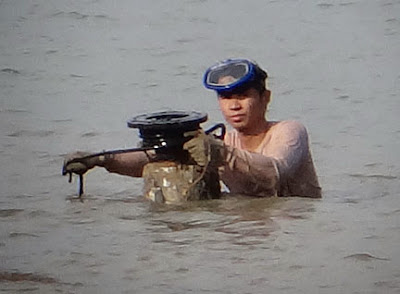 The perforated drum had a netted base and was dragged all the way to deeper water. 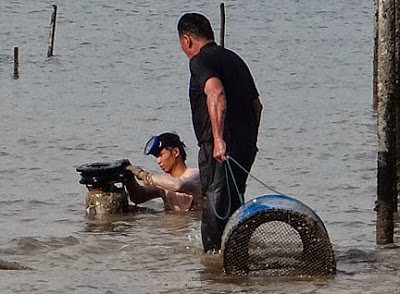 Another pair of men were working on a shiny tank on some kind of floating platform. 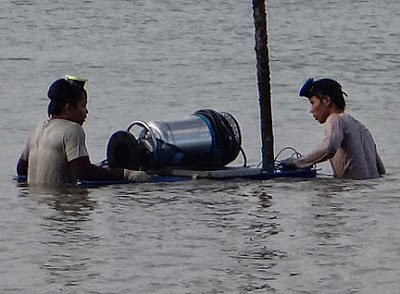 There was a styrofoam box in the distance which seemed to contain tools. Here's more about the many pipes on this shore in my post last month. 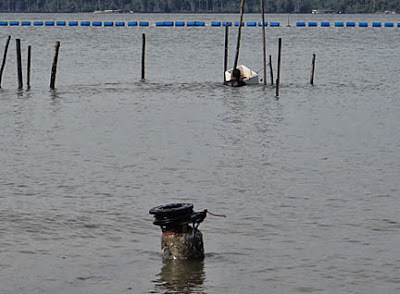 These items look like they belong to the people doing the fixing on the low shore. It includes a clean looking fish meal bag. 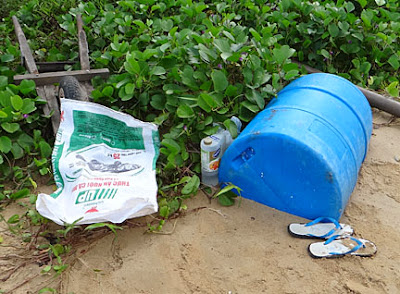 The line of floating blue drums are a security barrier that were set up in 2010 to 2011. We saw several sampans very quickly and easily negotiate the openings in the lines of drums to get to the shore.

The mystery floating structure inside the security barrier that I saw last month was no longer there today. 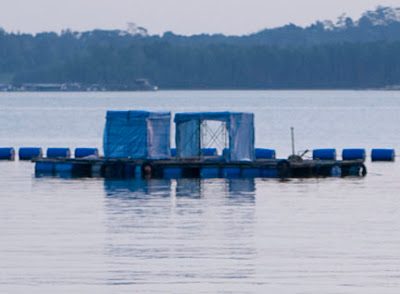 We were on the shore today mainly to review the trash situation there. Here's more about what we saw.
Posted by Ria Tan at 10:32 PM