Fish farm trash is being dumped BEHIND the security fence onto Pulau Ubin's untouched northern shores. 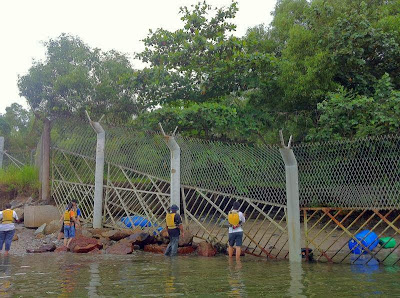 How do the fish farmers get past the security fence? Will the authorities do something about this?


Chua Li San, who is from Outward Bound Singapore and is a stalwart at International Coastal Cleanup Singapore (ICCS), arranged for officers from the Agri-Food and Veterinary Authority of Singapore (AVA) and the National Environment Agency (NEA) to personally view the situation from the seaward side by arranging a boat trip for them on 28 Sep 2013. Thanks to Li San for sharing these photos on facebook. 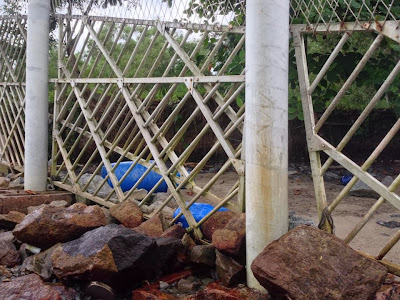 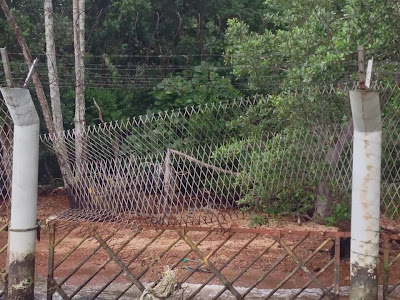 Some trash seen dumped on the shore include heavy netting used to form 'cages' for the fish farms. 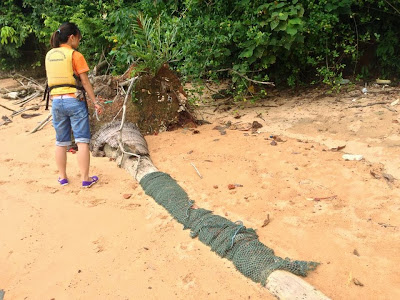 There were also many empty fish food bags. The kind of fish food used to feed farm fishes in the cages. 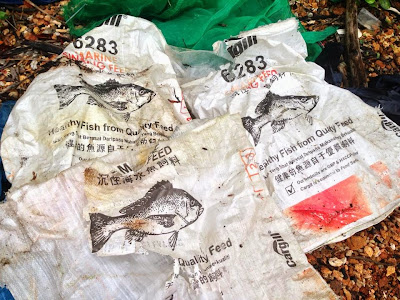 Many blue drums and other large containers typically used at fish farms. 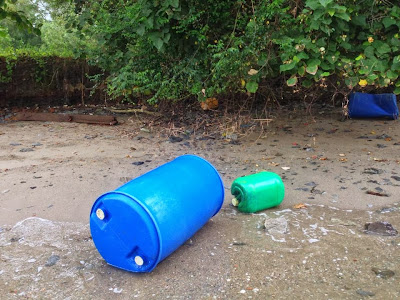 Near the untouched mangroves on northern Ubin was a dilapidated platform made out of planks tied to recycled blue drums that previously contain chemicals, a standard set up in fish farms. 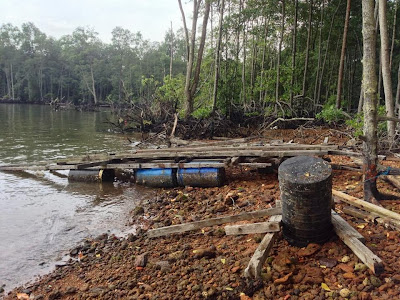 This platform was falling apart, but tied to a tree with a brand new rope. All these trash are similar to the kind I saw on the southern shore of Ubin last month, which is also flanked by many floating fish farms. 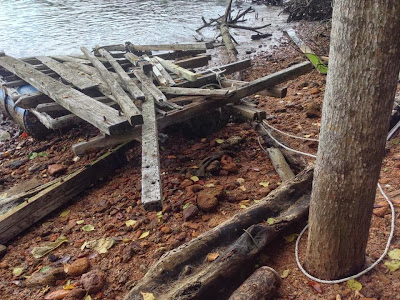 An AVA officer is looking at some fishing nets abandoned on the shore. Fishing nets continuously trap and kill fish, crabs and other marine life until they are removed. More about the impact and prevalence of abandoned driftnets on Project Driftnet. 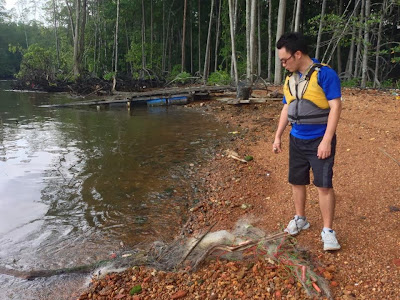 Sadly, all these trash were seen on a shore that was already thoroughly cleaned two weeks ago by Outward Bound Singapore volunteers organised by Li San as part of ICCS. These hardworking volunteers cleared up these large items. Much were probably dumped on the shore and did not accidentally float up. 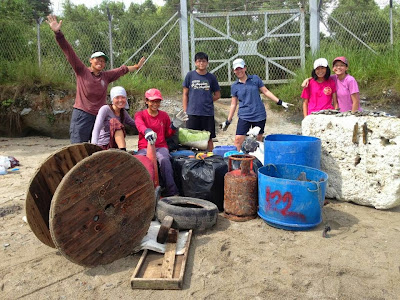 These include containers used by fish farms. 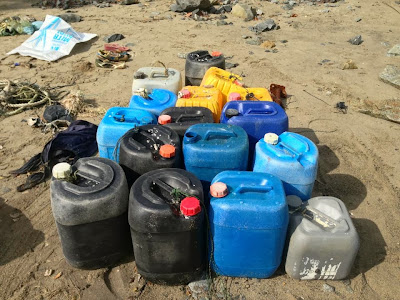 Even a heavy gas tank that definitely can't float up. The tank looks suspiciously similar to the tanks that we saw some men working with at Pasir Ris recently. And I've seen this kind of tank at Punggol too. 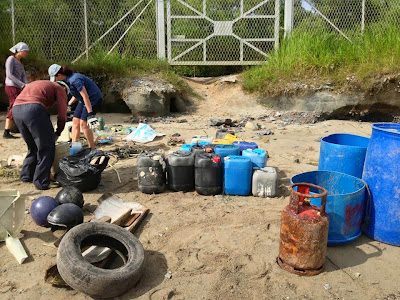 The volunteers not only had to collect the trash, but also haul them all the way to proper disposal point at Southern Pulau Ubin near the Ubin Jetty. 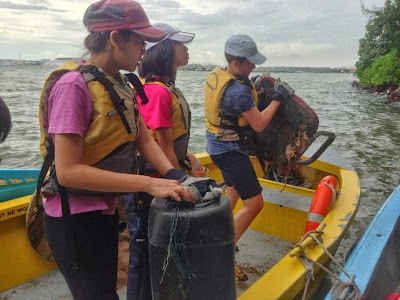 On the way back on 28 Sep 13, the team came across a fish farm with a dilapidated platform next to it. Will it 'accidentally' get dumped on Ubin's mangroves and shores too? 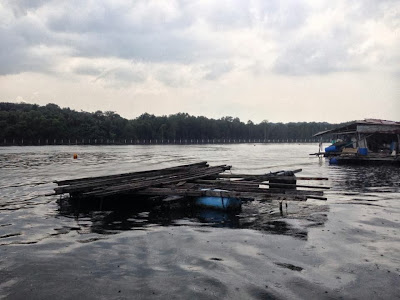 The dumping of trash from fish farms on our shores will not end until the authorities work together to provide all fish farmers a practical and reasonable way to dispose of their trash. Trash on our recreational beaches costs taxpayers $1.4m a year to clean up! Trash of course is found outside recreational beaches too. Large trash damage our mangroves, while all trash adds to environmental blight. Wouldn't it make more sense to prevent as much trash from being tossed into the sea in the first place?

As Li San puts it so succinctly after this episode: "We need to do more beyond cleanups". Salute!

Grateful thanks to Chua Li San not only for organising the clean up two weeks ago, and arranging for AVA and NEA officers to view the ground situation on 28 Sep, but also allowing me to share her photos and story on this blog.

Thanks to Chua Li San and Evelyn Lam, this story was featured in the local media: More than 160 kg of rubbish found on Pulau Ubin shores A recent clean-up found more than 160 kilogrammes of rubbish on the northern shores of Pulau Ubin. Evelyn Lam, Channel NewsAsia, 4 Oct 13;
Posted by Ria Tan at 11:41 AM