The colourful garden of sponges and seafans at Changi is still there! 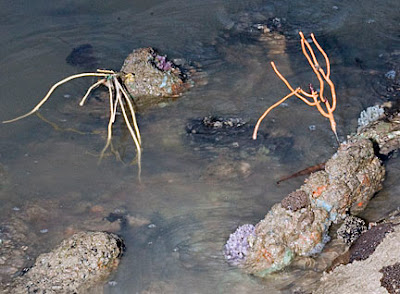 The nearby seagrass meadows were lush and there were many signs of dugong feeding trails.

Today, the tide wasn't very low so most of the sea fans were still submerged, barely visible through the murky water. Sea fans can grow in murky water because they don't have symbiotic algae that rely on photosynthesis. We had a much better look at the sea fans during a good low tide in Jul 2012. 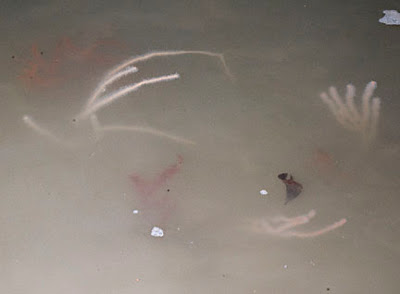 Many small colonies of sea fans were growing on the rocky shore. I feel that the sea fan situation here is about the same since I last saw them in Jan 2013 but doesn't seem as good as what I saw a year ago.

Alas, some of the sea fans were entangled with litter.

There were many kinds of sea fans on this shore. I saw many Candelabra sea fans, Lyre sea fan, Maze sea fans, Asparagus sea fan, a yellowish one and a bright purple one. 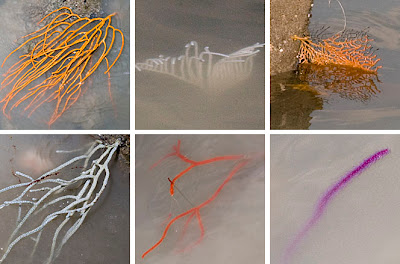 There were also some Skinny sea fans. 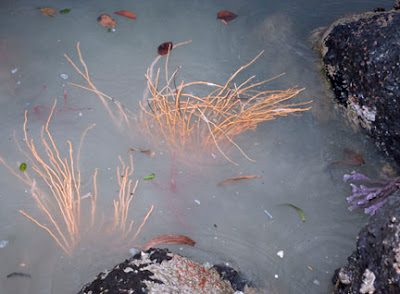 There were also many Gnarled sea fans. Most of them were healthy, but this one seems to be covered with some purple thing.

The rocky shores were also coated with many different kinds of colourful sponges. There were also small patches of hard corals: Zebra corals (Oulastrea crispata) and Neat hexa corals. I also saw some Stinging hydroids, many clumps of zoanthids (Zoanthus sp.) and a rock covered with Broad zoanthids (Palythoa mutuki). 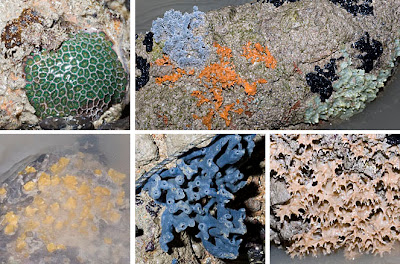 The seagrass meadows here are lush with large leaved, clean Spoon seagrasses thickly carpeting the rather soft silty shore. I saw these characteristic furrows show that dugongs have been feeding on the seagrasses here recently. 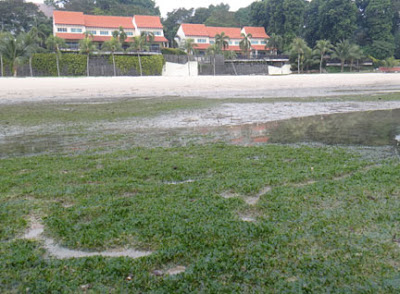 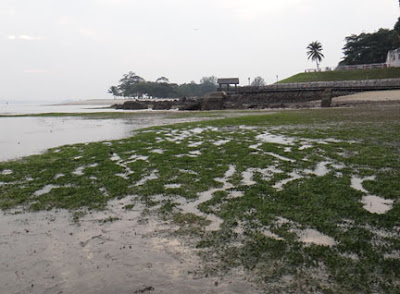 And even more feeding trails on another part of the seagrass meadows. 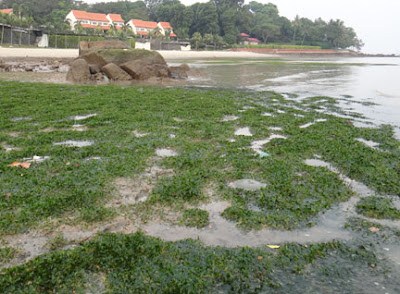 The seagrasses are also growing thickly up towards the creek. 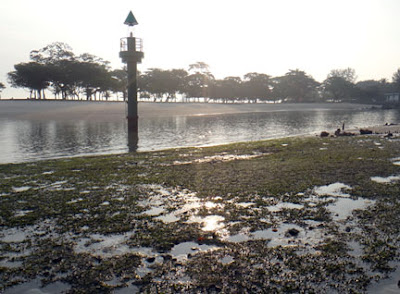 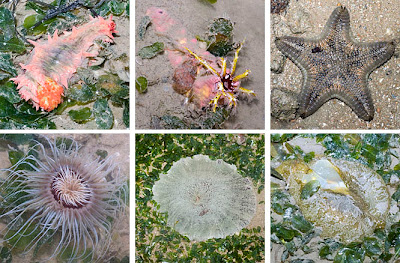 There were signs of fish traps and many abandoned fishing lines and parts of fish nets. 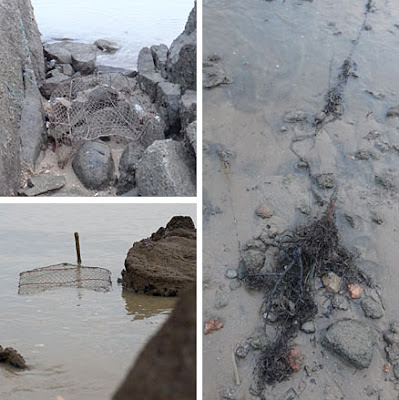 I came across two men with buckets systematically checking out the rocky areas and seagrass meadows. This shore is popular for such activities and on weekends many people can be seen collecting here. 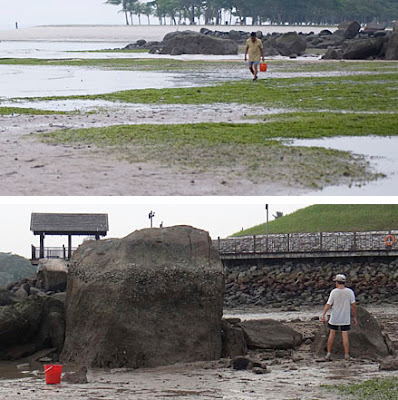 This shore also bears the brunt of waves from shipping of all kinds. From large vessels plying the Johor Strait to small bumboats whizzing by.

Our Changi shores are precious and special. I may not have a chance to visit this shore at a super low spring tide until next year. Let's hope it stays safe until then.
Posted by Ria Tan at 5:40 PM