After the Cyrene Reef trip in the morning, I rushed off to another island. The beautiful St. John's Island for the Bivalve Workshop. 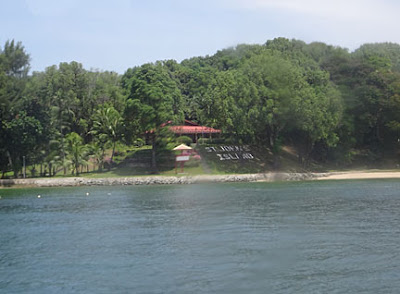 I learnt more about fascinating bivalves and had fun exploring St. John's too.


Today, Dr Tan Koh Siang of the Tropical Marine Science Institute is sharing more about some bivalve groups during the Workshop: Introduction to Tropical Bivalves. He shared a lot and I can only highlight some of what I found particularly interesting. 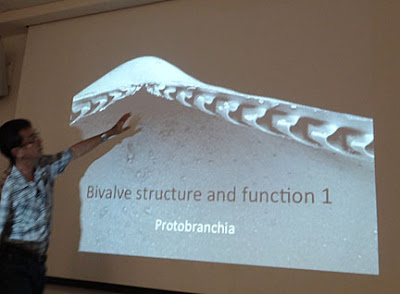 Among the interesting bivalves that Dr Tan highlighted was this tiny little one shaped like a teapot. 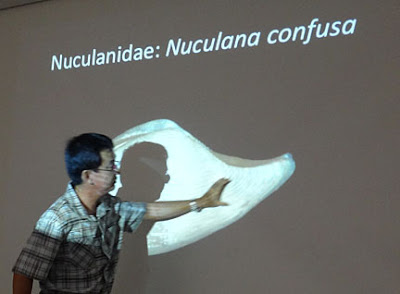 Taitti is so happy to finally learn more about these tiny clams. She and volunteers at the Mega Marine Survey had laboriously sorted out hundreds of them from a dredge of the Johor Strait during the first Mega Marine Expedition in March. 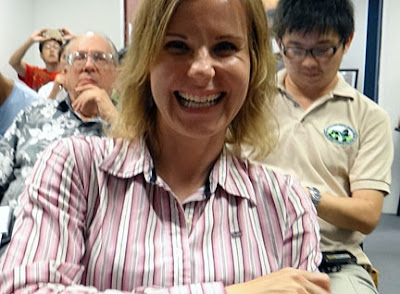 Dr Tan also shared about a fascinating bivalve that harbours symbiotic bacteria that can breakdown sulphur. The interesting thing is that the animal needs oxygen, which is toxic to the bacteria. While the sulphur needed by the bacteria is toxic to the animal. Yet the animal can transport both oxygen and sulphur in the body using different kinds of haemoglobin. It also lives in a Y-shaped burrow, going up the top of the Y to get oxygen, and going down to the bottom of the Y for sulphur. Awesome!! 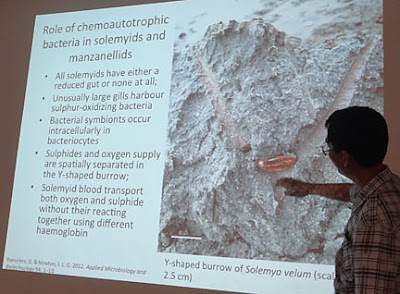 Dr Tan shared more about the threads produced by these bivalves called byssus. Amazingly, bivalves produce this 'super glue' underwater that sticks to wet surfaces very firmly. The thread is made of proteins produced by the bivalve's foot and is flexible when it first emerges, become stiff and firm at the end which is stuck onto a hard surface.  Some bivalves produce byssus strengthen with calcium. In some ways, bivalves are like spiders that produce silk! 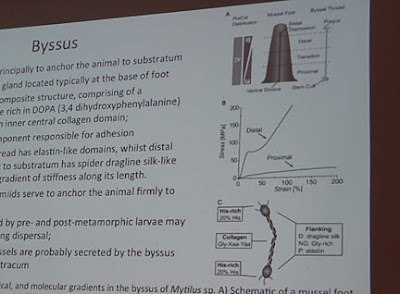 Wow, bivalves have all kinds of eyes! Some are very very tiny and may function like compound eyes. Others dot the edges of the clam's mantle. 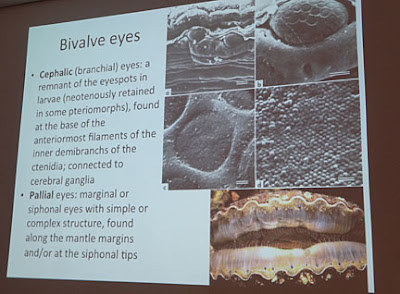 I didn't know that the Mangrove jingle shells (Enigmonia aenigmatica) had eyes too! They stick onto leaves so it's not certain what these eyes are used for. Some other bivalves even have eyes with a lens, cornea and retina! 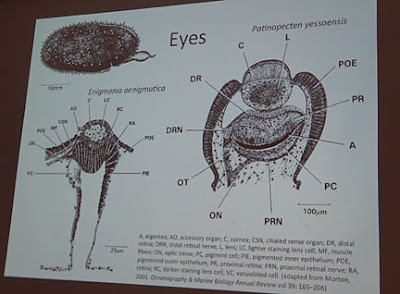 Many bivalves are not only super tiny but also found at great depths of many thousands of metres. How did we find them? They were often dredged up when ships conduct deep surveys for valuable minerals. 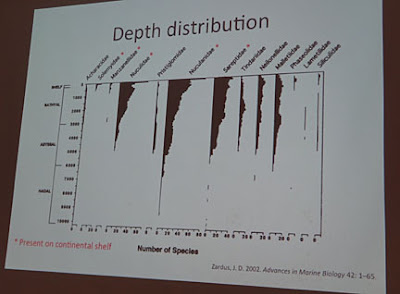 Here's a group that we are all familiar with, because they often end up on our plate as food! Wow, that's a huge oyster! 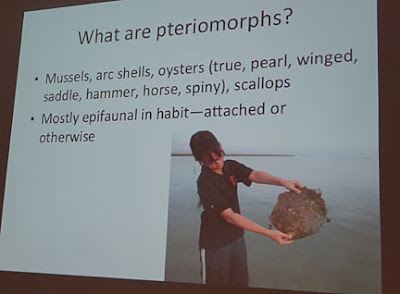 Besides those that we know and love as seafood, there are others that are found in the deep sea. They can be huge! 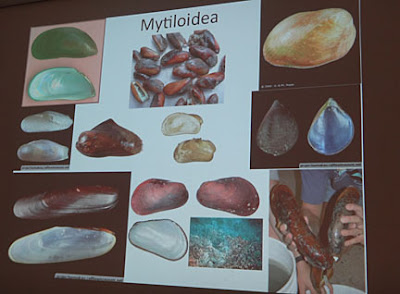 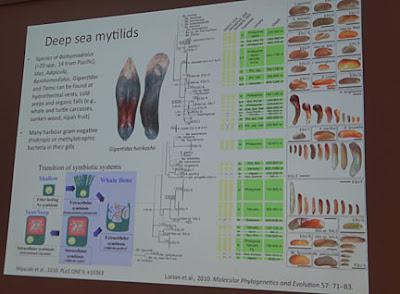 Some mussels are boring, but still exciting! These mussels drill into dead corals using both chemical and mechanical means. 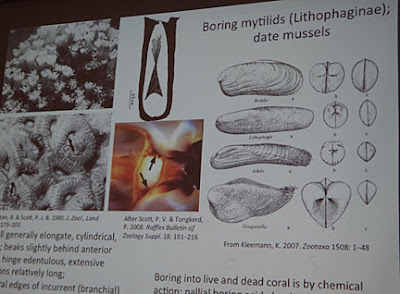 More yummy bivalves that are found in our local favourites such as laksa and char kway teow. It's the 'see ham' or blood cockles (Anadara sp.).

I didn't know that some of these bivalves have teeny tiny tubes that penetrate the entire shell. Their purpose is unknown! Perhaps to discourage other critters from boring into the shell? There is still a lot more to find out about bivalves. 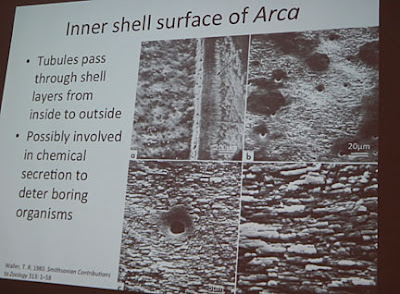 There are also curiously shaped bivalves like those T-shaped ones that resemble a hammer (Malleus sp.). Also winged ones (Family Pteriidae) that settle on sea fans and hydroids. 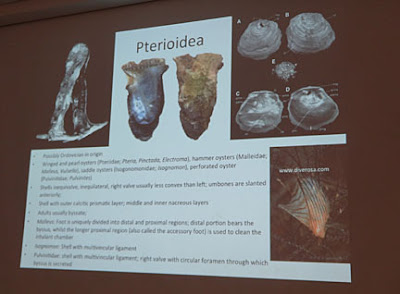 Another large bivalve commonly seen on our sandy shores near seagrasses are the Fan shell clams (Family Pinnidae). I learnt that these have kidneys that store calcium and iron. It is not know why, perhaps these animals 'recycle' the bits of their thin shells that break off easily and crumble into the animal? 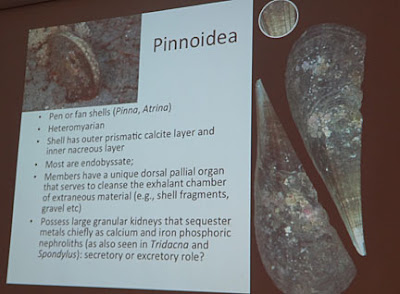 Another curious kind of bivalve are those found on mangrove leaves and stuck under rocks. They have thin shells that jingle when a bunch of them are in a bucket or pocket. So they are commonly called Jingle shells (Family Anomiidae). These animals stick onto hard surfaces by producing byssus reinforced by calcium, through a hole on one valve. 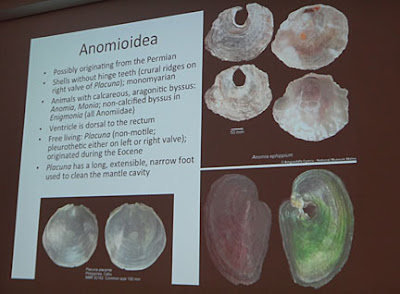 Another fascinating bivalve is the beautiful File shell clam (Family Limidae) which has lovely long tentacles. Rene found one on our trip last weekend on one of our submerged reefs! 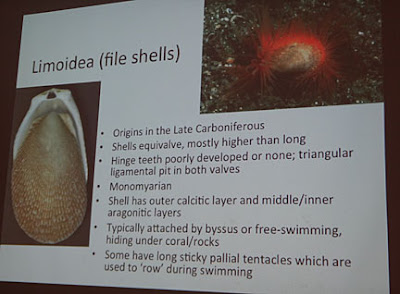 At the TMSI office, there is a nice display of some of the bivalves that we learnt about. We admire these pretty shells and have renewed respect for these amazing animals. 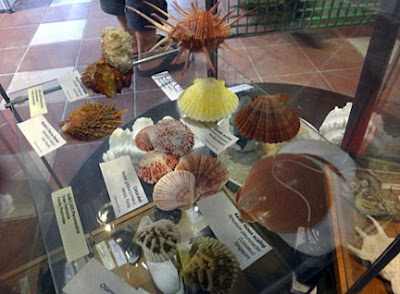 After the lecture, Dr Tan tells us more about some of the live clams in the touch pool. 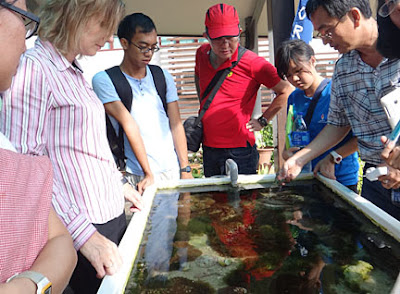 I'm glad I brought some examples of these bivalves from the Cyrene trip in the morning. So everyone could have a closer look at these amazing animals! Earlier, Mei Lin (aka Giant Clam Girl) and Kareen show us the Fluted giant clam babies (Tridacna squamosa) that they have raised from scratch. These precious babies are in their nursery tanks. 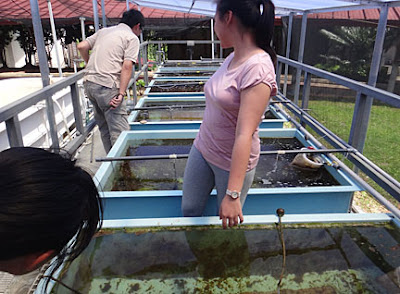 The babies are so big already! They're only a few months old. We also said hello to the mama and papa Giant clams which produced these babies. The plan is for these Giant clams to repopulate our reefs. We will learn more about this wonderful effort on Friday during their presentation. But here's some information about their work.

We were way too early for the homeward bound ferry. So we stopped to say hello to the many cats that are found on St. John's. 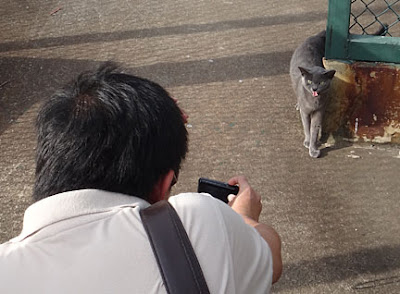 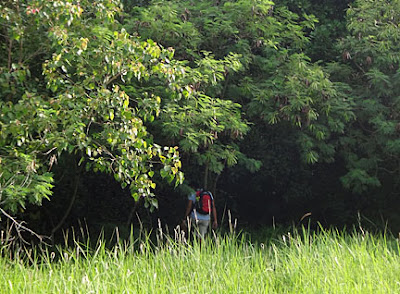 As we waited for the ferry, a kingfisher was bashing a crab that it had caught against a branch. Sneaky Cam is too feeble to take a good photo of it. 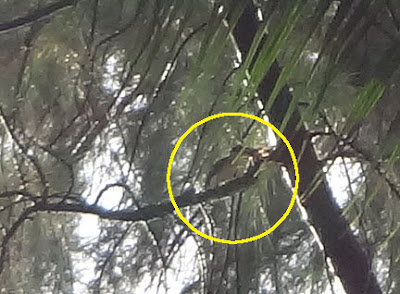 It was an exhausting day but I sure had a great time and learnt a lot!

Tomorrow, I will be joining the Workshop for their survey at Kranji!
Posted by Ria Tan at 11:30 PM