The Bivalve Workshop heads out to the mudflats of Kranji early this morning to look for mangrove and mud clams! They were kind enough to let me join them. 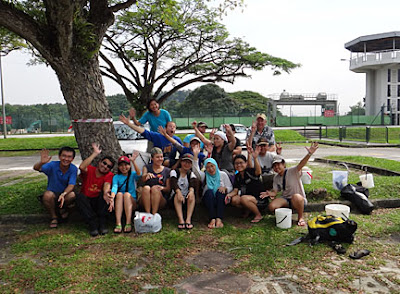 We had lots of muddy fun! But sadly also came across an abandoned driftnet full of horseshoe crabs.


I met up with the Workshop team at the carpark. They had a long long journey here from St. John's Island! 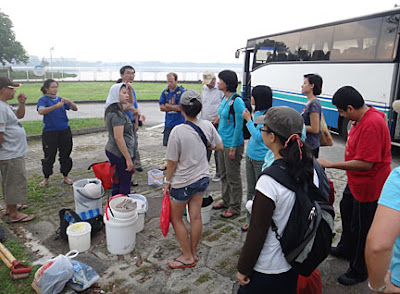 A short walk and we are on the shore! From Kranjji mudflats we can see the city skyline of Johor, Malaysia, across the narrow Johor Strait. 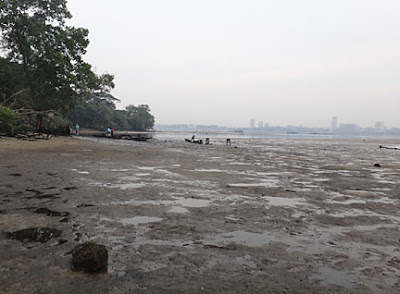 Everyone immediately got to work looking for bivalves in the mangroves and mudflats. I tried to but failed to find the strange bivalves stuck on to mangrove leaves and tree trunks. So I headed out to the mudflats to dig for clams. 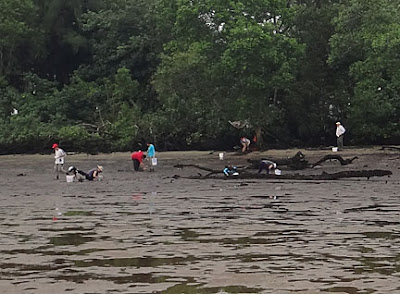 I have often seen large numbers of people on weekend low tides digging for clams on this shore. Today I found out what it is that they collect. Not very deep down, there are basically two different kinds of clams. 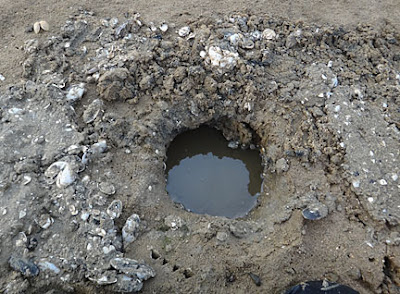 There is a large brown kind with a softer shell. And another smaller one with a hard white shell. Both apparently good to eat. I found other kinds but only dead ones. I'm not having much luck with clams today. But the rest of team found more. 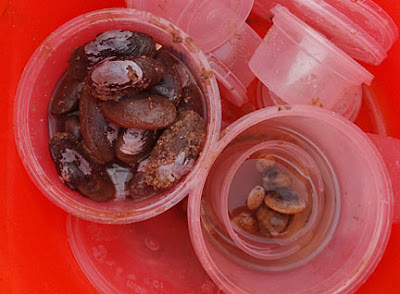 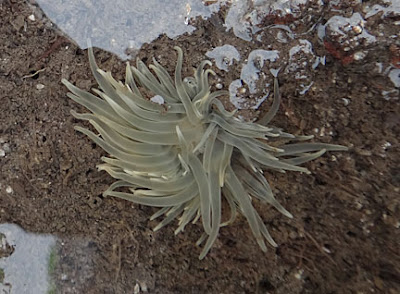 There are also lots and lots of worms of all kinds here. 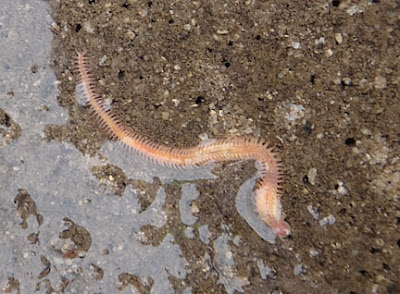 A few other people were on the shore, paddling on canoes and walking about. 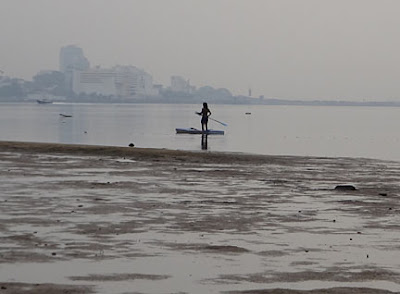 Just as I was heading back at the end of the trip, Ivan showed me an abandoned driftnet. Yen-ling came by to help us pull out the net and rescue the animals trapped in it. 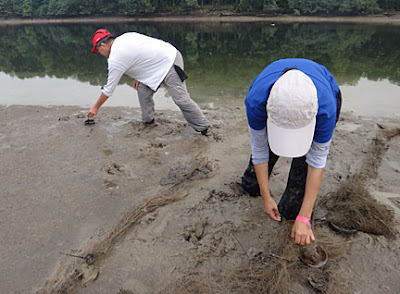 The driftnet is quite long, we pulled out about 50m of it. The rest seem to be laid across the stream and was too deep and embedded to pull out. 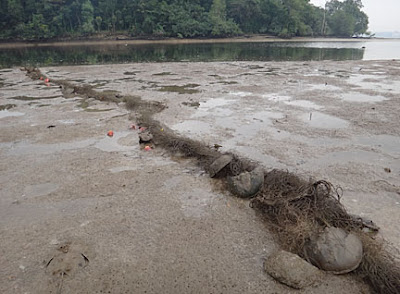 Lots and lots of Mangrove horseshoe crabs (Carcinoscorpius rotundicauda) were trapped in the net. Many of them were still alive and we managed to rescue about 40 of them.Including the dead ones, I estimate there were about 80 animals trapped in the net. We had to work fast as the trip was ending so I couldn't take proper photos or keep count. 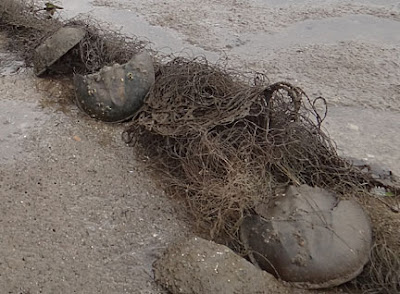 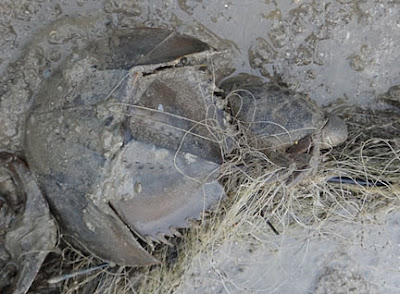 Another crab trapped in the net. Most of the crabs appear to be Stone crabs (Myomennipe hardwicki). 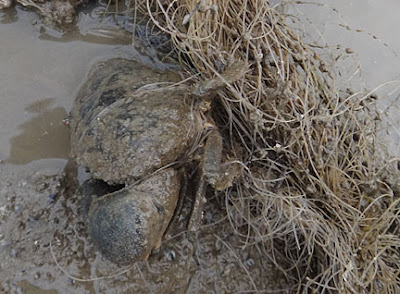 There was also the remains of some kind of animal with a granulated skin. Possibly a small Malayan water monitor (Varanus salvator), but more likely a Banded file snake (Acrocordus granulatus). Sigh. 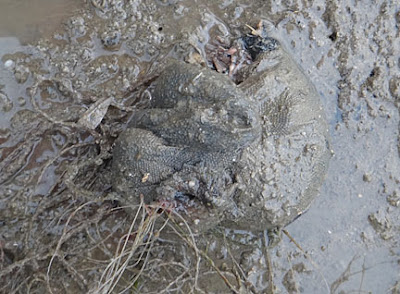 The rest of the team came by to help remove the entire net and put it into the dustbin not very far from the shore. If only the fisherman who laid the net could do this before it had killed so many harmless creatures. Sadly, this is not an uncommon event. Sivasothi shared about how 300 horseshoe crabs were found trapped in an abandoned net at Mandai. The Nature Society (Singapore) has a programme to track horseshoe crabs in another part of Kranji and does work on horseshoe crab populations in Singapore. 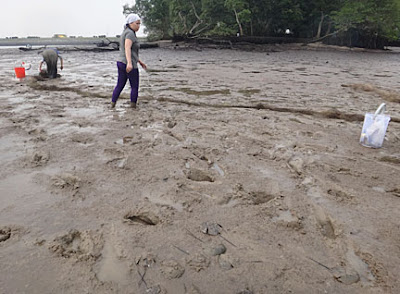 On the high shore, we saw three large bundles of driftnets hanging from the mangrove trees. I must find time to come back to Kranji with the Project Driftnet team to remove nets and properly document their impact. Hopefully, with more data, we can encourage some movement to control the use of these nets. 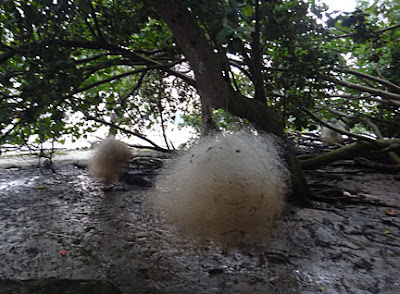 After all that hard work, the Workshop team enjoyed a simple lunch at Kranji. I was so busy eating and enjoying conversation with the team that I forgot to take photos. I'm looking forward to catching up with them tomorrow for more lectures about fascinating bivalves!
Posted by Ria Tan at 9:29 PM