There are still seagrasses at Labrador

Finally, I got a chance to monitor the seagrasses at Labrador as part of TeamSeagrass. 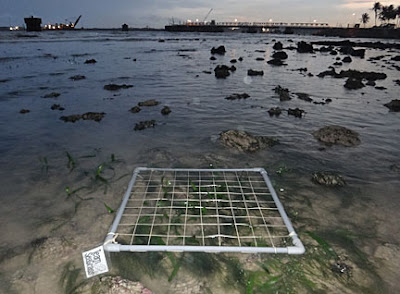 Labrador is one of the last few shores on the mainland with good growths of seagrasses, and it has been affected by the massive reclamation for the new Pasir Panjang container terminal (seen on the horizon in this photo).

Our last trip in Dec 2011 to try to monitor seagrasses here was abandoned because the tide did not fall as low as predicted. Today, we have better luck! I started in the area between the Promenade and the jetty. The seagrasses here seemed alright! Nice lush growths of Sickle seagrass (Thalassia hemprichii) especially close to the low water mark. Also a sprinkling of Spoon seagrasses (Halophila ovalis) here and there. 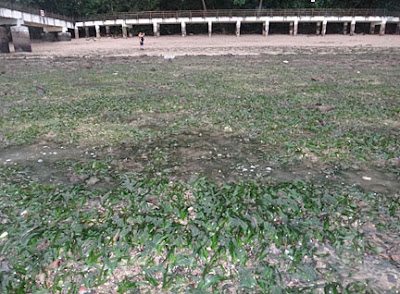 There's lots of seagrasses next to the seawall at the Promenade! 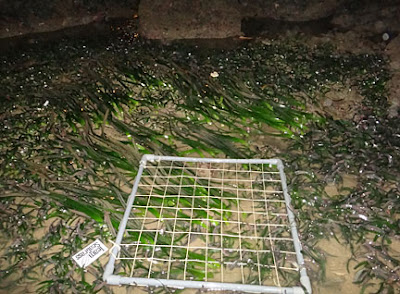 Here's another look at the patch during daylight. 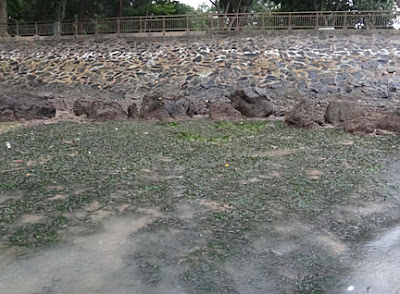 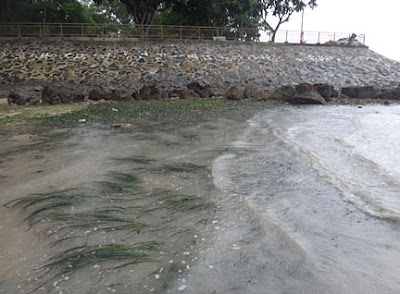 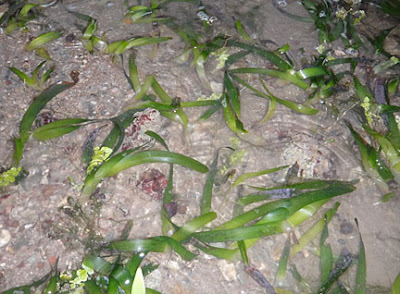 Alas, the large abandoned Seacil is still on the shore. There's not much seagrass around it. 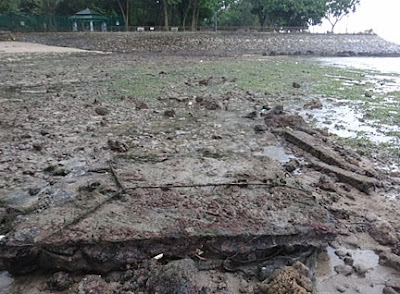 But much of the shore westward after the jetty was bare of seagrasses. Some had green seaweeds that resemble seagrass, or other kinds of seaweeds. Some were totally bare. 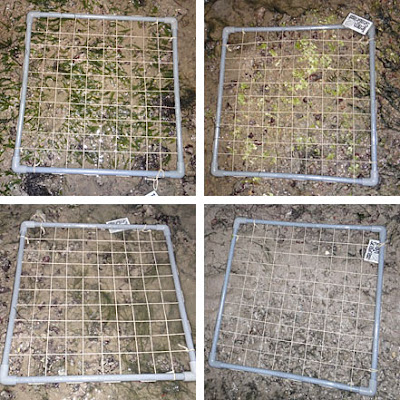 Among the common seaweeds growing here were various Halimeda, Gracilaria and Caulerpa species, and many large clumps of Smooth sponge green seaweed, which are actually a combination of an algae and a sponge, just like lichen!

I did come across four patches of Tape seagrasses. Only one patch of Tape seagrasses were 'cropped'. Unlike at Cyrene where most of these usually long seagrasses are cropped short. Here's what Len of Seagrass-Watch shared about why they might be cropped. 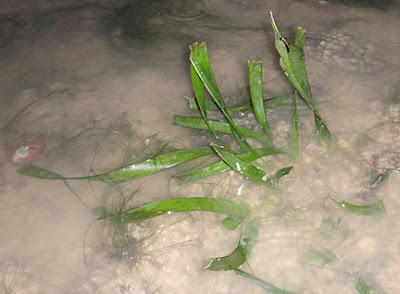 There are some patches of good Spoon seagrass growths near the high shore. 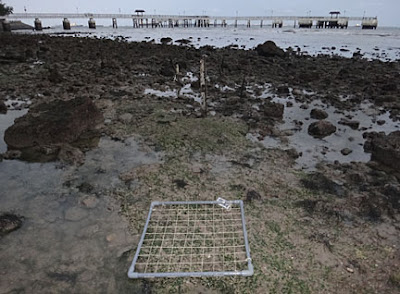 Here's another look at the Spoon seagrass patches. They are quite close to the narrow sandy beach beneath the natural cliffs along this shore. 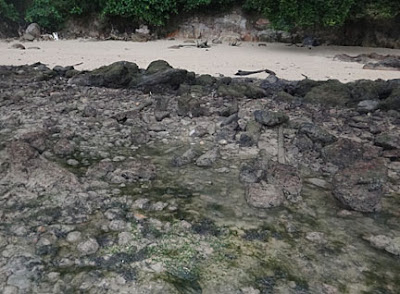 Today, there's a bloom of Bryopsis seaweeds. These wash up on the high shore leaving a green carpet of seaweeds. 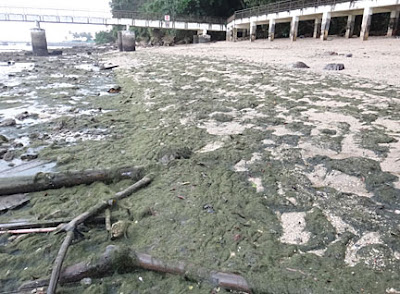 I didn't have a chance to look closely at the marine life today as I focused on monitoring. I only came across two small hard corals today. One was totally bleaching, the other was ok.

Wah, I saw an octopus right next to one of the readings! Ben saw another one too! 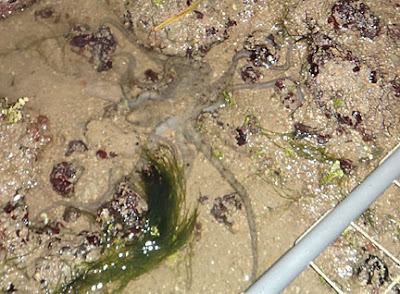 Some of the rocks had colourful encrustations, and I saw several clumps of Blue spatula sponges.

There were many patches of zoanthids or colonial anemones of various kinds.

I couldn't find the pink-spotted Bead anemone (Anthopleura buddemeieri) that I saw on my last trip here, and didn't have time to properly examine the high shore as it finally started to rain as the tide turned.

Labrador shore and the jetty are now permanently closed to the public due to safety issues. The natural cliffs along the shore are not very stable. Thanks to Yuet Hsin of NParks for permission to monitor, and Benjamin Lee for accompanying me!

Special thanks to Ben for lending me his torch because I forgot to bring both of mine! I'm afraid I slobbered all over his torch. Ben is smart. Before he handed it over, he asked how I was going to hold the torch when I needed both hands to monitor. I had to sheepishly explain that I would hold it in my mouth. I tried to clean it as best as I could before I returned his torch. Probably best he use a bit of Dettol on it! Thanks Ben!

For years, next to Labrador, there has been massive reclamation, dredging  and other coastal works for the new Pasir Panjang Container Terminal which includes underwater blasting. Hopefully, as the massive construction nearby comes to an end, the seagrasses and other marine life at Labrador can return. It is only through long-term monitoring that we can learn more about what is happening on this shore.

More about TeamSeagrass and how you can volunteer to join the Team.

The next two days, I'll be going out with the Festival of Biodiversity team to gather live specimens of seagrasses for the Festival tank! Do join us this weekend for an easy look at some of our amazing seagrasses and the animals that live in our seagrass meadows!
Posted by Ria Tan at 1:22 PM