How many creatures can live on a sea pen? On a sandy shore, a sea pen is probably like a luxurious apartment to many small animals that need shelter. 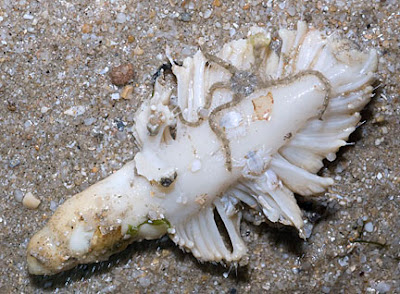 Yesterday, Kok Sheng and I checked out a broad sandy shore at Changi that we rarely visit.

This particular sea pen that washed up on the shore was full of tiny Painted porcelain crabs (Porcellenella picta). I have never seen so many porcelain crabs in one sea pen! Usually, only a pair are found in a single sea pen. 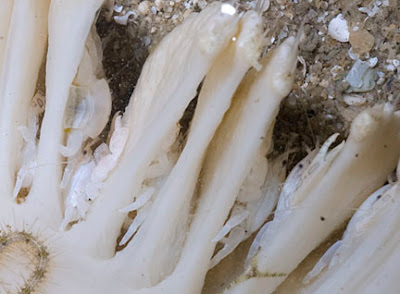 I'm not sure why there are so many porcelain crabs in this sea pen, but many of the animals had distended tail flaps under their bellies. More strange goings-on that I know nothing about!

Another great place to hitch a living spot on is a shell occupied by a hermit crab, like this Striped hermit crabs (Clibanarius infraspinatus). The hermit crab constantly produces an aerated stream of water and its messy feeding habits mean lots of left overs to snack on. 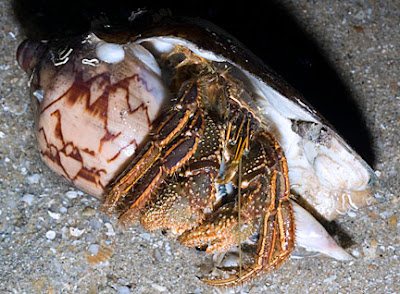 On the underside of the shell, there is often an infestation of Slipper snails (Family Calyptraeidae). These hat-shaped snails are usually only found in shells occupied by hermit crabs. The smaller snail is male and is fastened on top of a larger female. On the upper side of the shell, there was a Jingle shell clam (Family Anomiidae) and small Drill snails (Family Muricidae) had laid their egg capsules!

There were lots of Moon crabs (Family Matutidae) on the shore. This looked like a mating pair, a larger one wrestling with a much smaller one. 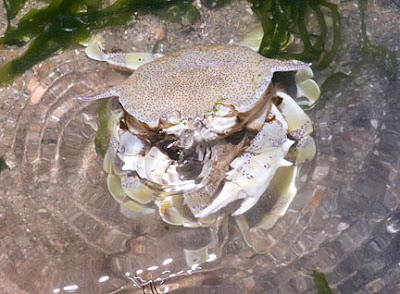 There were many tiny to small Flower crabs (Portunus pelagicus). I also saw some other kinds of Swimming crabs (Family Portunidae), one Reticulated moon crab (Matuta planipes) and one Ghost crab (Ocypode cerathophthalmus) buried in the sand. 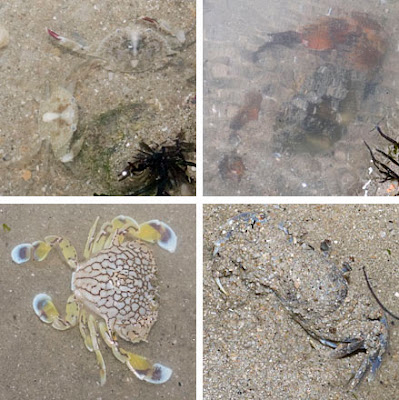 In some parts of the shore, there were many sea pencils. I also saw one cerianthid.

There were some sea anemones on the shore, but they were not abundant. I saw only one of each of these anemones, except for theswimming anemones (Boloceroides mcmurrichi) which were more plentiful. 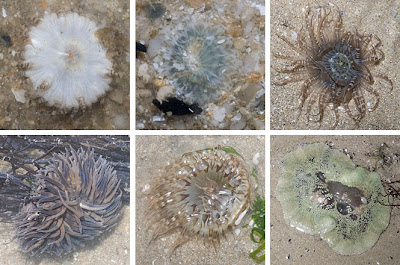 On some parts of the shore, various seaweeds were growing on every small bit of hard surface on the sand. Small shells, stones and rubbish are precious attachments for these seaweeds. 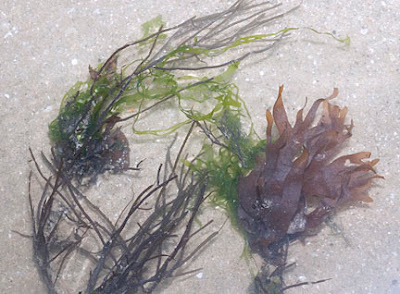 Among the seaweeds, I spotted this superbly camouflaged shrimp. 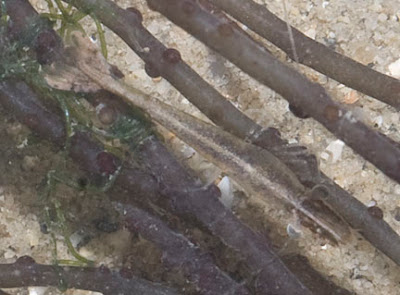 Another shrimp, this one is green! It looks like a Penaeid shrimp (Family Penaeidae). 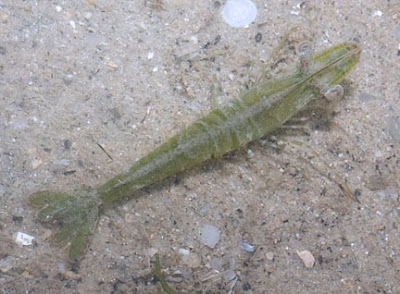 There were also many small transparent shrimps with yellow 'elbows' (Palaemon sp.) in shallow pools on the higher shore. As well as many small Tidal hermit crabs (Diogenes sp.). 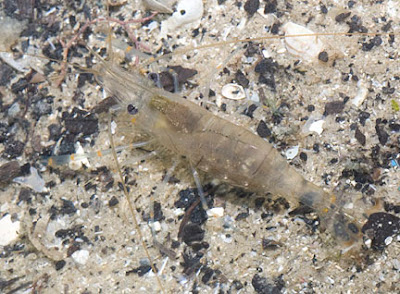 This bizarre animal is actually a fan worm! Out of water, the feathery bits stick together forming these petal-like shapes. It is the Blue fan worm (Family Sabellidae) that I usually only see on our northern shores. 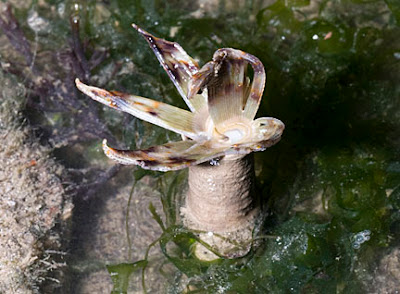 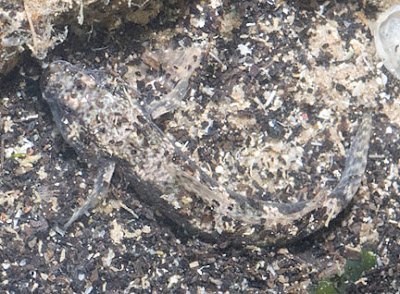 I also saw two of these small Tongue sole (Family Cynoglossidae) slithering over the sand in the water. There were also several Whitings (Family Sillagenidae). 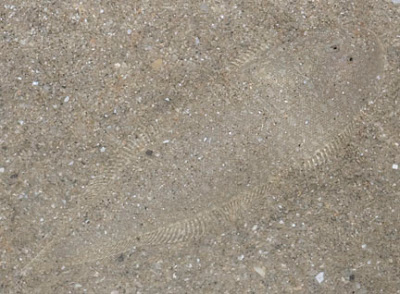 Although I saw a sprinkling of empty shells of Button snails (Umbonium vestiarum), I couldn't find any live ones. I wonder why this sandy shore isn't as spectacular as the one at the Lost Coast that we visited recently? It's not even as nice as the sandy shore at the East Coast. Well, at least we checked up on it. We never know when it might suddenly become more alive!