The most comprehensive and exact data on mangrove forests globally has just been published. 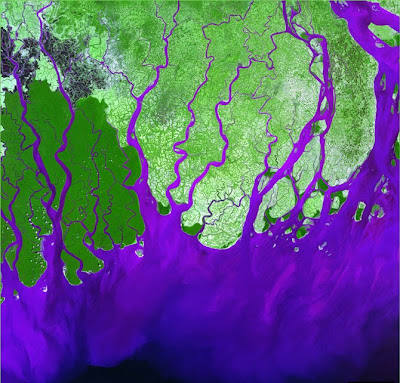 Ganges River Delta from Rivers Seen from Space on Wired Science 22 Mar 10
Some of the key findings include:
The research, carried out by scientists from the U.S Geological Survey and NASA, is published in Global Ecology and Biogeography. This work represents the most comprehensive global database of mangrove forests ever created. "The mapping of mangrove forests at this resolution, on a global scale, has never been attempted, partly due to cost and computation limitations." The study shows there are 137, 760 km2 of mangroves, substantially less than previous estimates.