Are dead fishes still washing up on Pasir Ris? 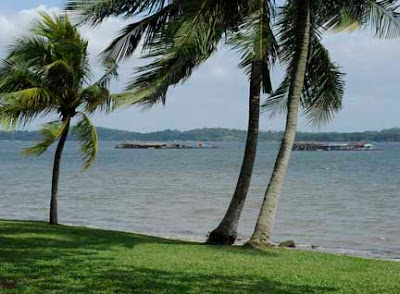 I did a solo check up of the Western side of Pasir Ris at neap tide today. There are lot of fish farms just off Pasir Ris beach.

A lot of dead fish washed up at Pasir Ris in late Dec 09, of all kinds but mostly fishes from the fish farms. The dead fish zone hit Pulau Ubin in early Jan 10. It was expected that the dead fish zone would worsen during the neap tide as there water exchange would be poorer.

Today I only saw these few dead fishes on the high shore. They were not recently dead. And there were no more of the 'tiger garoupas' washing up. Which is good, as fish farms should properly dispose of their dead fishes and not just let them wash up everywhere. 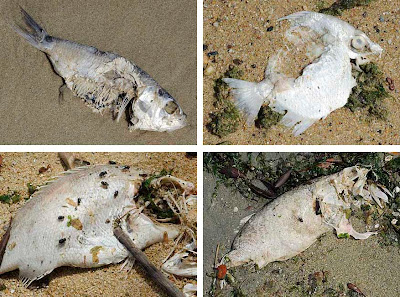 There was this one fish which looked like some kind of pufferfish (Family Tetraodontidae). (Click on photos for larger view). 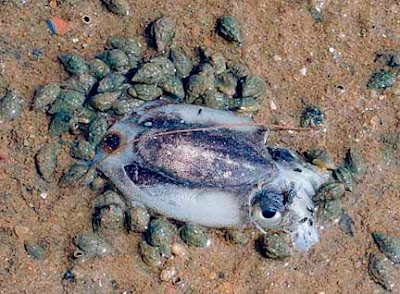 Nothing is wasted on the shore. And this dead 'sotong' was an all-you-can-eat buffet for a whole bunch of tiny scavenging whelks (Family Nassaridae). As well as flies big and small. 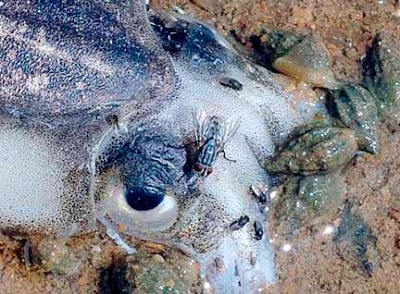 There isn't much of the intertidal exposed at neap tide. But still, on the very highest shores there were fiddler crabs. There was a bunch of what seems to be Orange fiddler crab (Uca vocans). 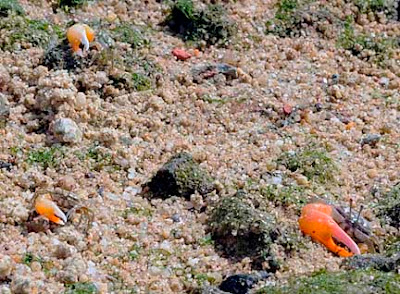 Only the male fiddler crab has an enlarged pincer, which he uses to attract females. The enlarged pincer is too big to feed with. He has a much smaller pincer for feeding. Females have two small pincers and can feed twice as fast. Here is Mr and Mrs Fiddler Crab. 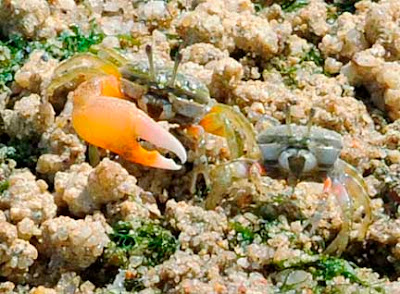 On some parts of the shore, there was sea lettuce seaweed (Ulva sp.) washed ashore, but this is not unusual and is not necessarily a bad thing. 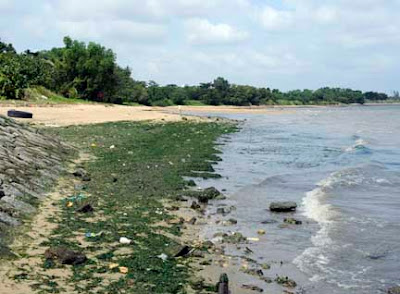 There were also two guys out on the shores gathering marine life. One was foraging among the pipes (on the horizon), and another was digging out large and numerous holes with a 'changkul' (hoe). 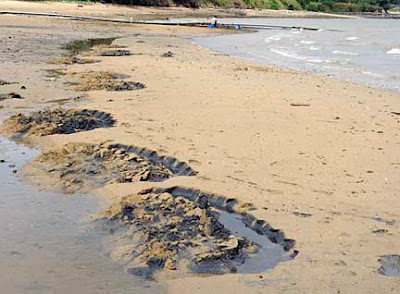 There was a long line of large holes all along the mid-water mark.

I think he was looking for tube worms to use as fishing bait. 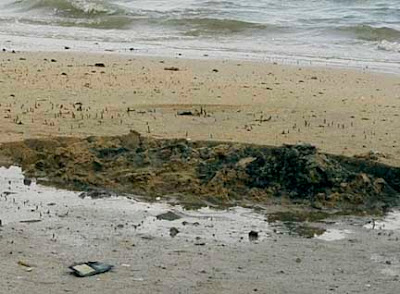 There are patches thick with tubeworms on this shore. 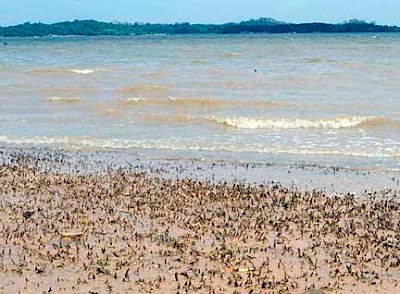 As usual, the waters near our recreational shores are always wreathed in litter. 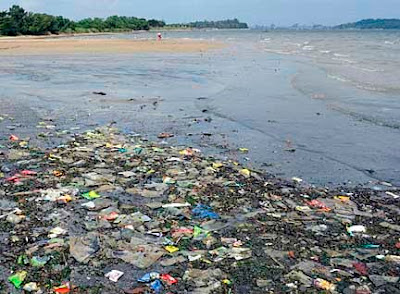 The litter washes all the way up to the high shore. While cleaners remove those in the Park proper, outside the Park, the load of marine debris keeps growing with every spring tide. There were some nice mangrove trees growing here, but they were innundated with litter. 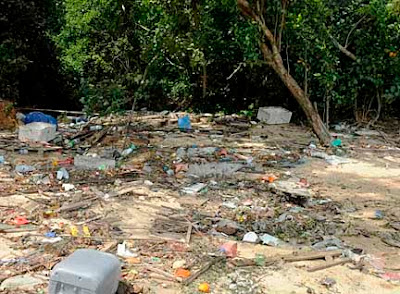 Here's a young mangrove tree growing in the litter line. 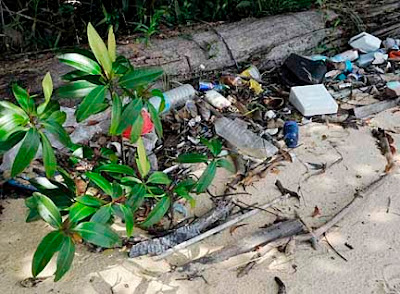 There is also erosion of the shoreline. 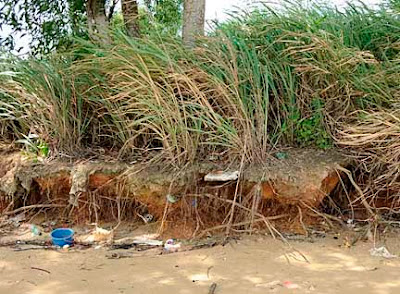 And this tree has fallen over as the ground got eroded away. 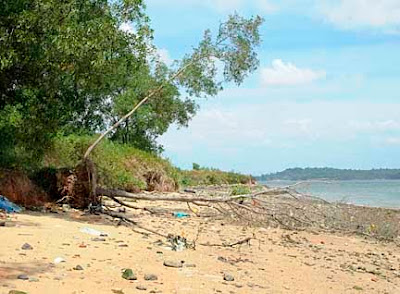 Today I had a closer look at the fish farms. There were quite a lot of them just off Pasir Ris.

Behind this one closer to Pasir Ris, you can see more of the fish farms closer to Pulau Ubin, which lies on the horizon.

Here's another one closer to Pasir Ris.

With MORE behind it closer to Pulau Ubin.

With Chek Jawa and Pulau Sekudu in the background, and Pulau Tekong on the horizon.

On the eastern side are the shipyards of Loyang. 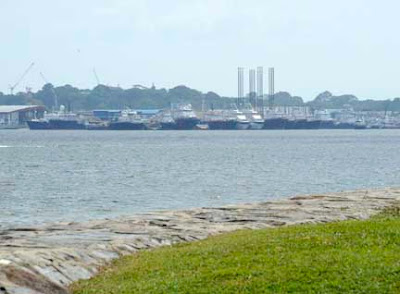 And on the western side the massive Pasir Gudang port in Johor.

Here's a closer look with the Outward Bound Singapore facilities on Pulau Ubin on the right in the photo.

Here's a google earth map of the shore and surroundings. 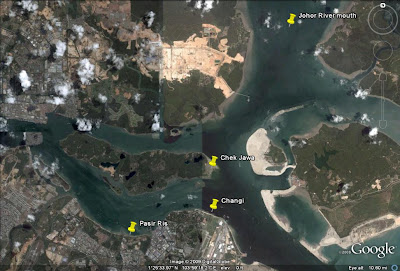 Tomorrow, the Dead Fish Patrol continues to check out the situation on Pulau Ubin.