If you drink, don't durian

Your mom was right: eating durians and drinking booze at the same time can kill! 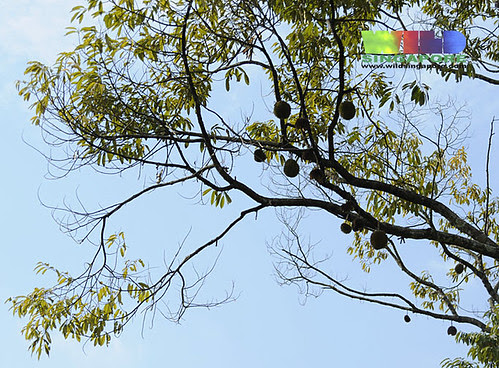 Durians still on the tree on Pulau Ubin.
A new scientific study finds out why.

ACCORDING to Asian folklore, eating the famously pungent durian - known as the "king of fruits" - along with alcohol can kill you. Now intrepid researchers have confirmed there may be some truth in this supposition. It is the first time combining a fruit with booze has been scientifically linked to an adverse reaction.

John Maninang and Hiroshi Gemma from the University of Tsukuba, Japan, wondered if the reported side effects were due to durian's high sulphur content impairing alcohol breakdown. In test tubes they found that durian extract inhibited the activity of aldehyde dehydrogenase - an enzyme that clears toxic breakdown products - by up to 70 per cent (Food Chemistry, DOI: 10.1016/j.foodchem.2009.03.106).

Detractors complain about the rotting smell of durian, says Gemma. "Now we know that it may smell of danger too."