This rich shore lies just opposite the Central Business District and only takes a few minutes by fast boat to reach. Here, I often see the delicate corals that are less commonly seen elsewhere. 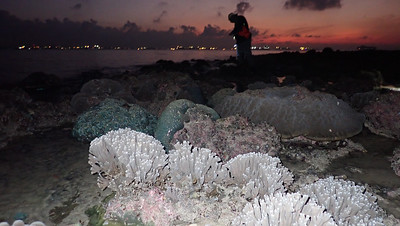 Inside the lagoon, the situation seems similar to our last survey in Jun 2021. Many corals had lower submerged portions were alright and with the top portions recently dead. The field of Branching montipora corals inside the lagoon is still doing alright. There were many boulder-shaped corals, some were doing well, others had dead portions on the top. I also saw special corals like Meteor coral, Anchor coral, Ridged plate coral, Lettuce corals. 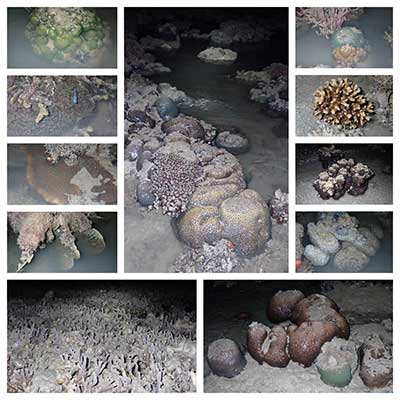 Outside the seawall, I was glad to again see the rare corals that I seldom see on our shores, such as delicate Plate montipora corals, Acropora corals. The huge colony of Boulder horn coral is still there. There were lots of Leathery soft corals of various kinds, and a large patch of Branching montipora corals. The colonies I saw were all healthy and did not have large dead or dying portions. This is similar to what I saw on our last survey in Jun 2021. 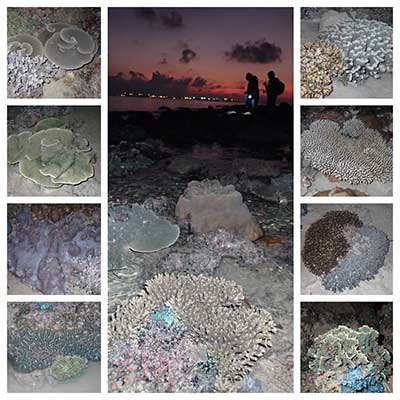 I was relieved that I didn't see any sick Pore corals or Blue corals with dead portions, like I did on our last survey in Jun 2021. Today, there were lots of large colonies of Pore corals that were perfectly nice and brown. 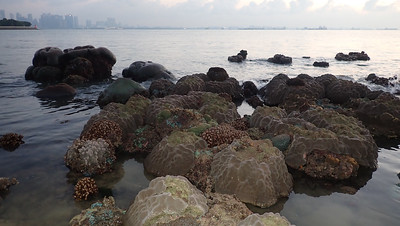 There is a higher level of sand at the mouth of the northern lagoon. Magnificent anemones used to be plentiful at the mouth - they seemed to have move out east of the mouth. They are also now abundant on the reefy area inside the lagoon. As usual, I saw three different body column colours: white, red and purple. I saw a few Giant carpet anemones, one was eating lots of little fishes, another had a blue body column. None of the anemones I saw were bleaching. All the Asparagus flowery soft corals I saw seemed alright. 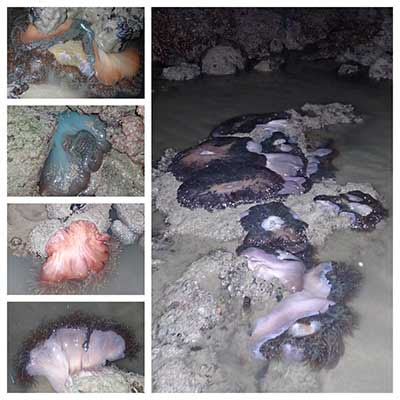 Branching corals are often homes to small animals that are not found anywhere else. But they are awfully difficult to photograph. Like the Acropora goby (green blob in my photo), and the Red coral crab (red blob in my photo). I also saw the usual common colourful crabs, flatworms and small fishes. Also, a White-rumped sea cucumber pooping under a rock. 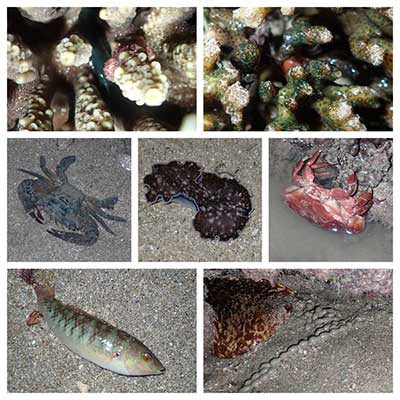 In the lagoon, there small patches of sprinkles of Spoon seagrass (tiny leaves) and Needle seagrass (narrow leaves). I saw many large Cake sand dollars and Oval moon snails, but only one Common sea star. I didn't see any anemones on the upper shore. 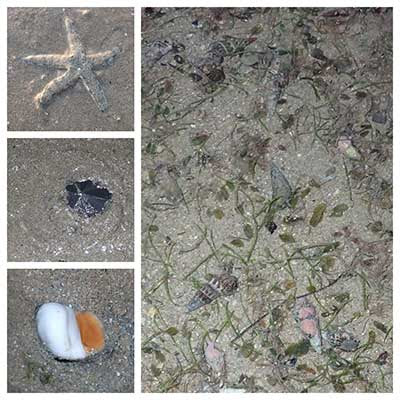 The rest of the team explored other parts of Kusu Island. Alex our skipper saw a sea turtle while waiting for us! Che Cheng saw otters feasting on fishes in the temple lagoon!
Richard checked up on the Giant clam and it was still doing well.
Richard also saw a cone snail
At sunrise, about 20 people rushed down to the mouth of the lagoon carrying transact squares. The teacher said they were from an international school and doing an intertidal survey. 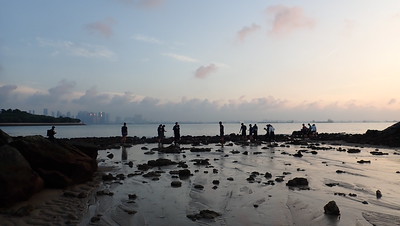 What is the future of Kusu Island? 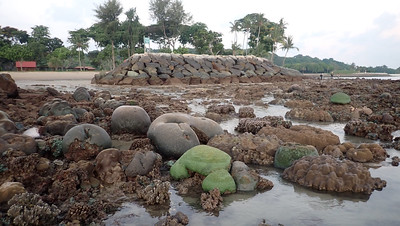