Stars and signs of Dugong at Cyrene (West) 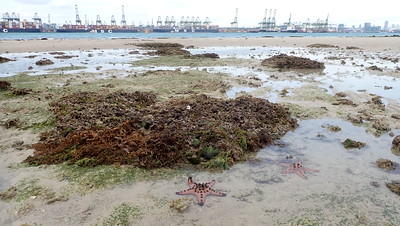 There were many dugong feeding trails and the Giant clam is still there.

In the past, we used to see lots of Knobbly sea stars as soon as we landed on the western end of Cyrene. We missed seeing them for some time. Since our last survey here in Sep 2020, we discovered many were now further west of our landing point! They are no longer so close to one another, and not as many. Still, it's good to see them. There seems to be more of them closer to the beacon. I was glad to see many furrows that might be dugong feeding trails. These trails are formed when dugongs chomp up seagrasses including their roots, leaving a shallow meandering furrow of about equal width and depth. I've seen these furrows here on past surveys too. 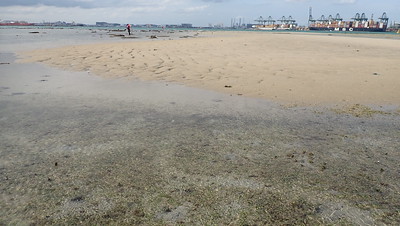 The most dense growths of seagrasses is now east of the sand bar, closer to Jurong Island. Here Spoon seagrasses are flourishing, in some areas growing quite densely. In the photo below, dugong feeding trails can be seen in the Spoon seagrasses. There were also some other species. But I didn't see any long Tape seagrasses, and some of the Sickle seagrasses are blackened. Liz checked out the seagrass situation in greater detail. 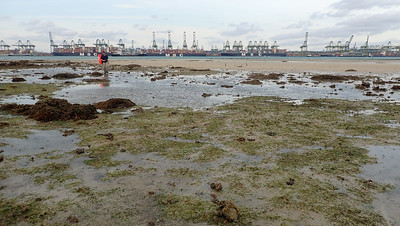 The large Fluted giant clam is still there and seems alright. Kelvin finally spotted after many of us failed. 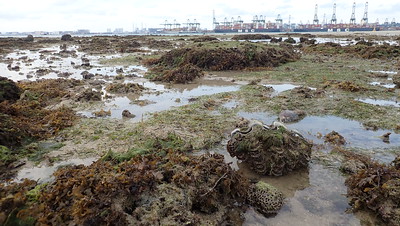 There have never been much corals on Cyrene. Most of the hard corals were alright, although I saw a few that were rather pale. 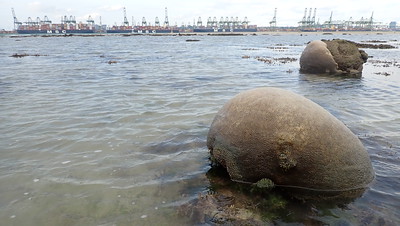 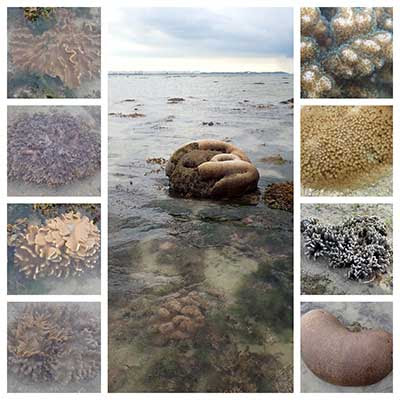 The sand bar has gotten even flatter and there was hardly a hump on it now. Where there used to be lush seagrasses in the centre of the flats, there is now just bare sand. But there is still life here. I saw many Cake sand dollars and some Common sea stars. I saw an Egg-white moon snails and many Oval moon snails as well as other tiny snails and hermit crabs. 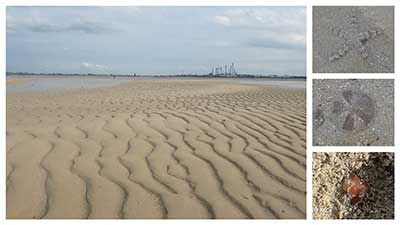 We arrived with wet weather forming nearby. But were fortunate that the rain moved away from us. 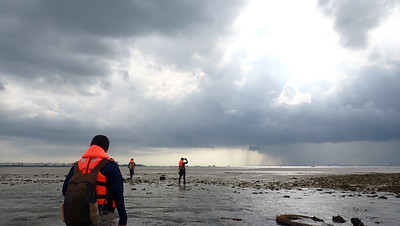 Liz Lim who check out the seagrass situation there in greater detail.