Fishy at Pulau Tekukor with otters!

We did the last predawn survey for the year at Pulau Tekukor. This very rocky shore is just a few hundred metres from Sentosa and its western shore is part of the Sisters' Islands Marine Park. 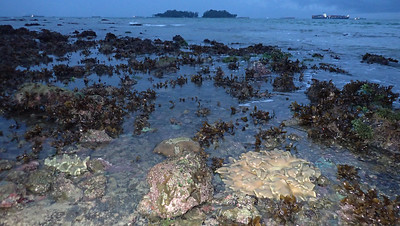 The team saw seven otters having breakfast on the island, found two Giant clams and lots more! The corals and seagrasses here appear to be fine.

At night, fishes are more active and less difficult to find and photograph. Today, I saw two shy Clown anemonefishes, and a Feathery filefish that looks like seaweed! And a long fish that might be a Rockskipper blenny. 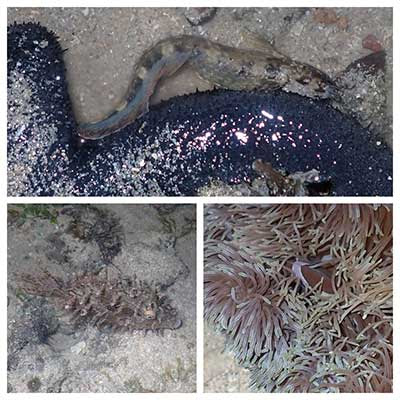 Here's a brief video clip of the large anemonefish which nestled deep in the sea anemone. There was another smaller one which disappeared under the anemone. 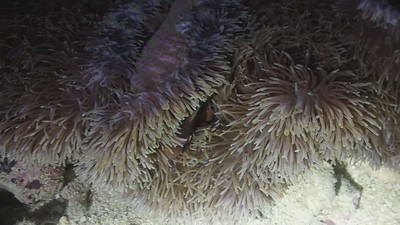 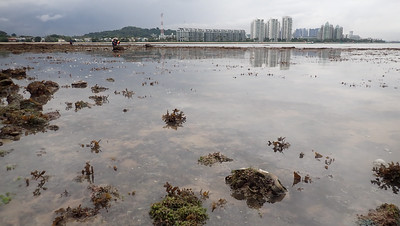 Button zoanthids continue to cover large stretches of the eastern rocky areas. There also remains a lot of Long black sea cucumbers - forming calligraphy on the sandy areas. Another plentiful animals on the rocky areas were Frilly anemones. 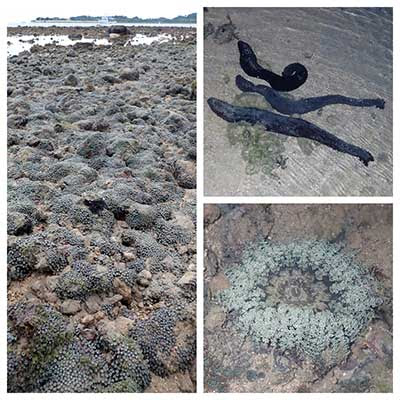 The route that I surveyed doesn't usually have much corals. There are a few very large colonies, they seemed alright although some had many dead portions. 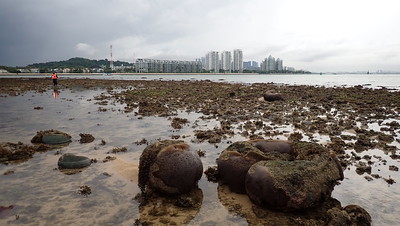 Today, I saw many small boulder shaped coral colonies that were well formed and looked alright. At night, corals tend to appear to be more vibrant in the photos, and some of them flouresce too. I did not see any mass coral bleaching. 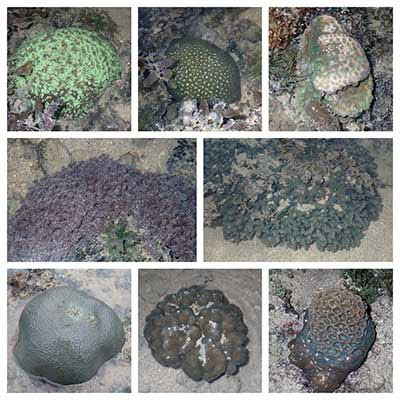 Today, I saw many small colonies of Leathery soft corals of various kinds. So the coral situation seems a little better than what we saw in Nov 2020. 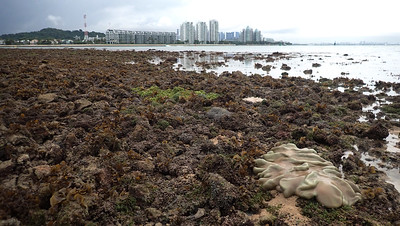 There are good growths of seagrasses on the shore that faces the Sisters Islands. Sickle seagrass covers a large area of this shore, with fresh green leaf blades. There were also sprinkles of Spoon seagrass with small leaf blades. But I couldn't find the patch of Tape seagrass that I used to see here. Overall, the seagrass situation is very similar to what I saw in Nov 2020. 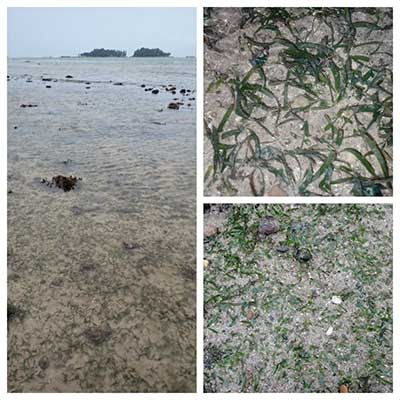 There will be no surveys next month as tides are not low enough. Our surveys will resume with the evening tides in October.