A two-woman team surveyed Pulau Sekudu on the last minus zero tides for the year. Chay Hoon and I saw lots of giant sea stars, healthy corals and healthy seagrasses. 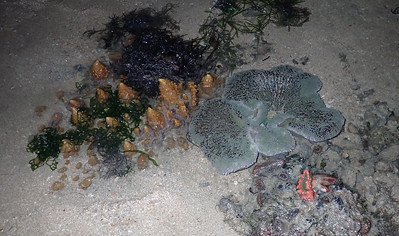 Pulau Sekudu or Frog Island lies just across from Chek Jawa on Pulau Ubin. Today, the sponge situation on Pulau Sekudu is not as rich as as Chek Jawa's southern shore, which we just surveyed a few weeks ago in Jun 2021. And like last year, we also did not see a single Biscuit sea star. I'm not sure why.

It was a relief to see a lot of Knobbly sea stars on the arm of the lagoon (both on the outer side, on the middle of the arm and on the lagoon side of the arm). Most of the sea stars were large (20cm in diameter), some were even larger than that (about 30cm). Knobbly sea stars come in shade of red, orange, brown and even white. On our last survey in Jul 2020, we didn't see so many Knobblies. 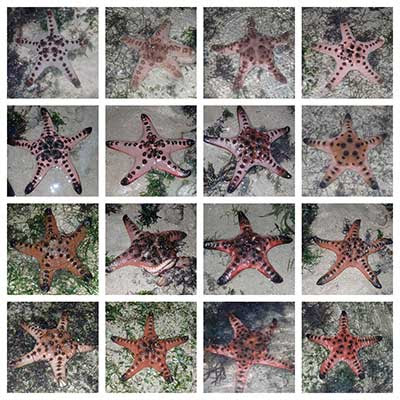 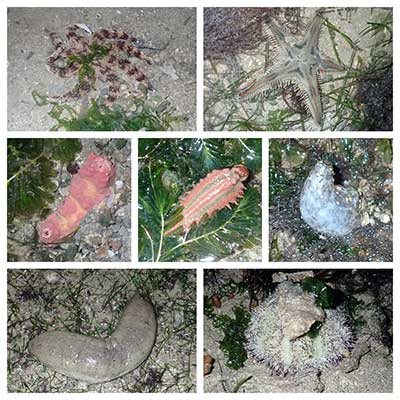 There are still a lot of Haddon's carpet anemones everywhere on the shore. I did not see any that were bleaching. Swimming anemones were also abundant, but there remains fewer Posy anemones. I saw many Flowery sea pens, some Spiky sea pens and one Slender sea pen (that looks like a satay stick poked into the ground). I saw a few cerianthids and only saw two small sea fans. I didn't see any flowery soft corals, which were abundant on Chek Jawa just a short distance from this shore. 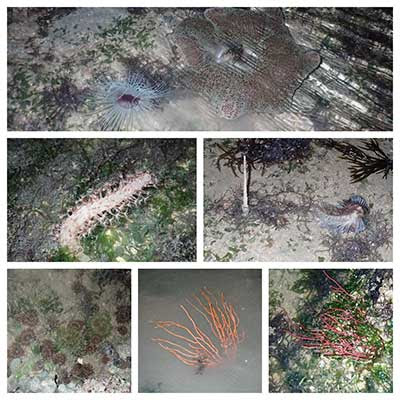 It was a relief to see more than 10 small colonies of Boulder pore corals. They were not bleaching. This is similar to what I saw at Chek Jawa a few weeks ago. 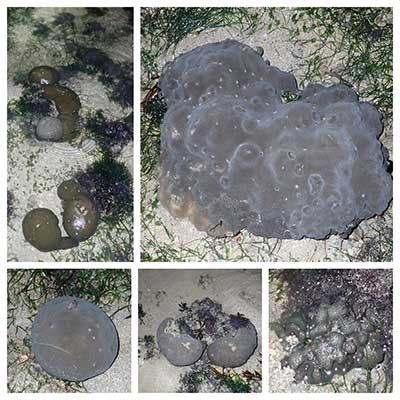 I also saw one small colony of Pock-marked coral and one colony of Boulder sandpaper coral (both of which I have seen here before in the past). There were also patches of Zebra coral on the rocks near the high shore, as is common on our Northern shores. 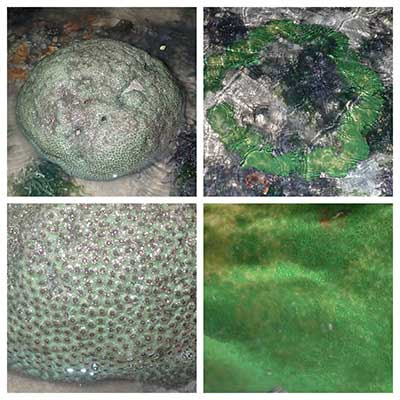 Among the lush seagrasses were lots of colourful swimming crabs of various kinds. There were also hermit crabs and snapping shrimps as well as regular shrimps. 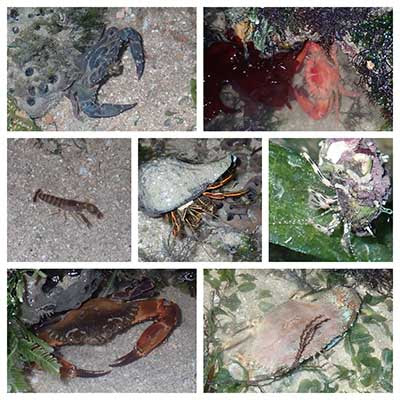 There were also the usual snails on the shores. A mama Noble volute laying eggs, as well as many large sand collars - though I didn't see any moon snails. There were many large Fan shell clams, their shells often covered with encrusting animals. I saw some small Window pane clams and a few Onyx cowries and Miliaris cowries. Also a Reef octopus. 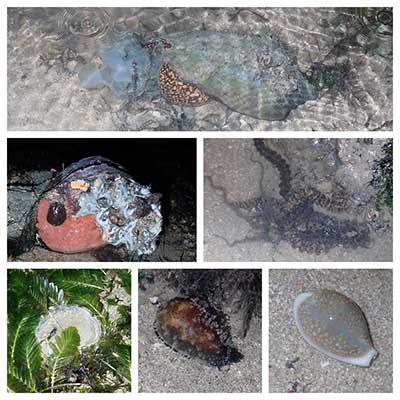 As on our last survey in Jul 2020, there were not many sponges on the rocks on the arm of the lagoon. Most of the rocks were covered in seaweeds. The most abundant sponge remains Yellow horn sponge and Yellow bumpy sponge. There were a few of other kinds of sponges commonly seen on our Northern shores. I'm not sure why Chek Jawa southern shore had many more and a wider variety of sponges. 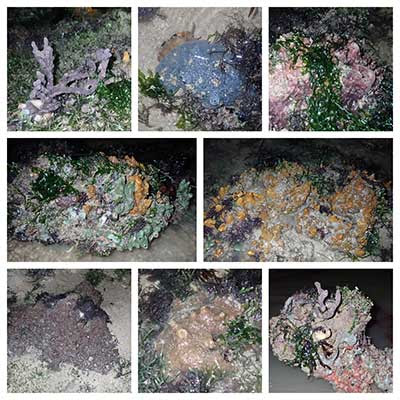 There are some good growths of sponges on the rocks near the high shore. The only nudibranch I saw where was Atagema intecta. But Chay Hoon saw lots more. 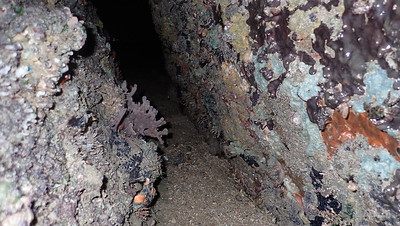 The seagrasses are doing well here and the situation seems similar to what I saw on our last survey in Jul 2020. There are lush green clean (no epiphytes) growths of Spoon seagrass (both small and large leaf blades). There are lots of Needle seagrass with narrow leaves, and some patches with broader leaves. On the arm of the lagoon nearer Chek Jawa, there were many patches of Fern seagrass. Serrated ribbon seagrass seems to have spread to a larger area, now found in sparse patches from the mid-water mark to the low tide line. I saw three clumps of Tape seagrass: two with shorter leaves (about 50cm), and one with much longer leaves (about 1m). Two of the clumps had female flowers. I didn't see any dugong feeding trails. 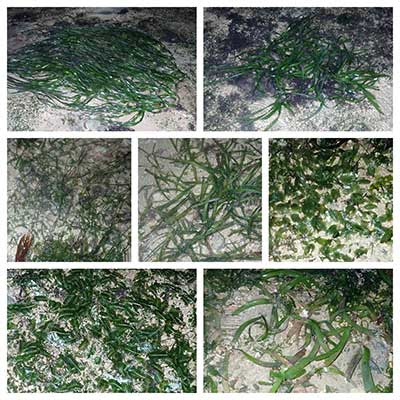 There was a good variety of seaweeds on the shore, and the lagoon is no longer bare sand. There seems to be a bit of a bloom of Hypnea red seaweed. I didn't come across any nets or traps. 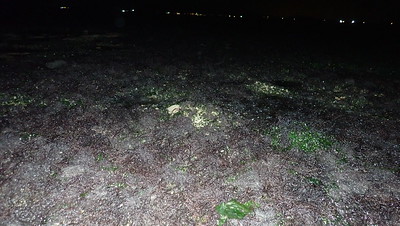 The tide turned well before sunrise, and we had a glimpse of sunrise as we left the island. Pulau Sekudu is off limits since 2007 and requires special permission from NParks. Thanks to NParks for permission and support to do these predawn low spring tide surveys of the island. Thanks also to Chay Hoon for making all the transport arrangements. Due to the latest COVID regulations, only the two of us did the survey, which has to be done today as these are the last minus zero tides for the year. Last year, we had to cancel our scheduled survey due to COVID and the rescheduled survey was at a less than ideal low tide and thus we could not do a thorough one. 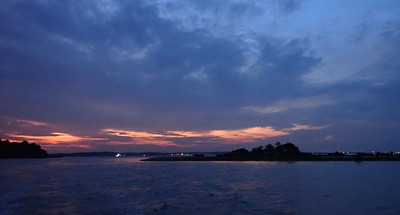 What is the fate of Pulau Sekudu?

Marcus Ng checked out another part of Changi