This narrow sliver of intertidal at Changi Point is full of life! 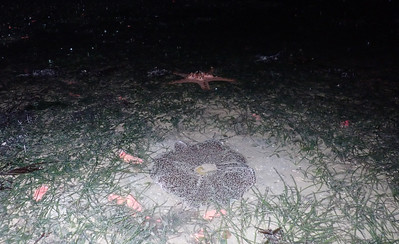 I missed surveying this shore last year due to COVID restrictions. My last survey here was in Jun 2019. Compared to then, today the seagrasses were more lush and varied. I saw two short furrows that might be dugong feeding trails! The meadows were still mostly Spoon seagrasses (large and small leaf blades) but Needle seagrass (narrow and broad leaf blades) were more abundant, covering large areas on the north shore and at the Point. On our last survey, I saw a  small patch of Smooth ribbon seagrass where the pipes used to be are still there, first observed on the Jun 2016 survey. Today, this seagrass species is growing over a larger area, about 10m x 10m. As on our last survey, I didn't come across Fern seagrass. 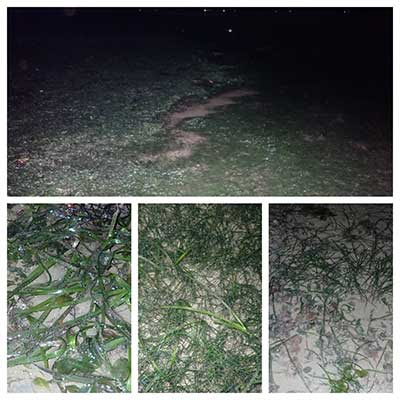 Changi shores are rich in echinoderms. I saw a wider variety of sea stars today than my last survey here in Jun 2019. The highlight was a large Knobbly sea star! I also saw some small Painted sand stars, a few Biscuit stars (tiny to medium sized), and one small Cake sea star. On our last survey in Jun 2019, I saw more than 30 large Eight-armed sand stars, today, I saw sevearl small ones. Not true sea stars, I saw some brittle stars, and also one Feather star. 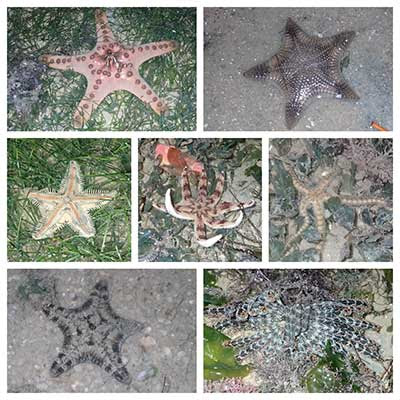 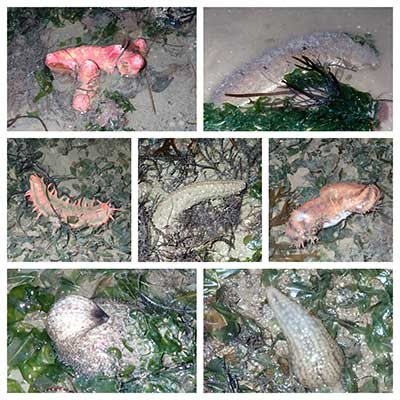 At the Point, I saw large gatherings of many small Black sea urchins, each 'carrying' pieces of shells and debris. I only saw a few large White sea urchins on the northern shore. 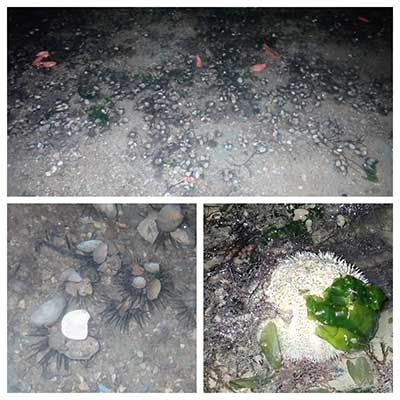 As on my last survey here in  Jun 2019, the ground remains very firm and is no longer soft and silty. Nevertheless, there were still many burrowing anemones here. I saw several Haddon's carpet anemones (most with many Tiny carpet anemoneshrimps living on them). I saw a Glass anemone, a Pearly anemone and some Striped sand anemones. It was good to see some  Tiger anemones and this shore is one of their few strongholds. 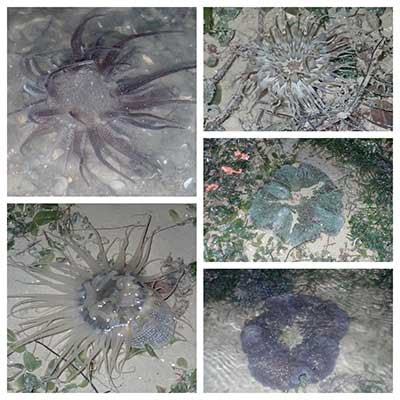 There were also many Common cerianthids - which are NOT true anemones. I also saw various seapens: Sea pencils, Flowery sea pens and Spiky sea pens. I also saw a few small Ball flowery soft corals, and one tiny sea fan. On the rocks facing the bumboat terminal, there were lots of Zebra corals, but hardly any other lifeforms. 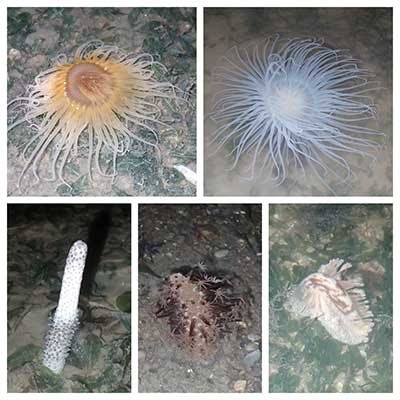 There were a lot of small Horn-eyed ghost crabs scuttling at the highwater mark, just out of my torchlight reach. Shells provide habitat to all kinds of animals. I saw several Fan clams large and small, loaded with small sea cucumbers clinging onto their shells. As well as many living Window-pane shell clams. When the snail dies, a hermit crab moves in the shell continues to provide habitat. I saw one with a Big hermit-hitching sea anemone and a small Black urchin on its shell. I also saw one Hammer oyster. I saw a cluster of eggs probably laid by a squid, one Geographic sea hare and several Ornate leaf slugs. 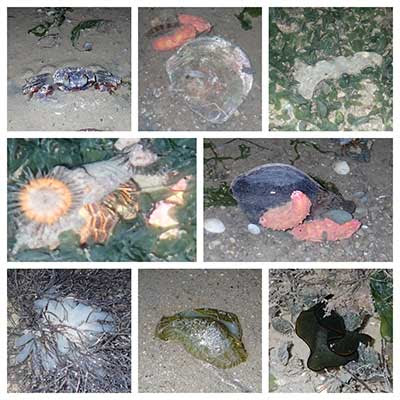 There were a few fishermen on the shore today, with rod and line, probably waiting for the spring high tide. I also saw some about to start cast netting. They cheerfully replied when I said good morning to them. The tide window was short today, just about an hour. And although I enjoyed the full moon, the tide turned well before sunrise. 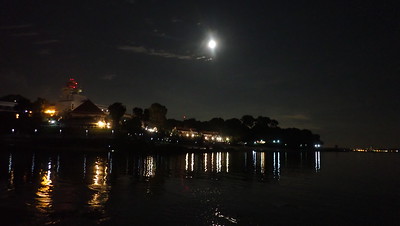