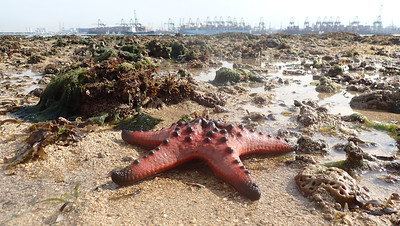 In the past, we used to see lots of Knobbly sea stars as soon as we landed on the western end of Cyrene. We missed seeing them for some time. Since our last survey here in Sep 2020, we discovered many were now further west of our landing point! They are no longer so close to one another, but there are still many of them. Although most were very large, I did see a few that were a little smaller - hopefully they are juveniles and shows that the stars are reproducing on the shore. 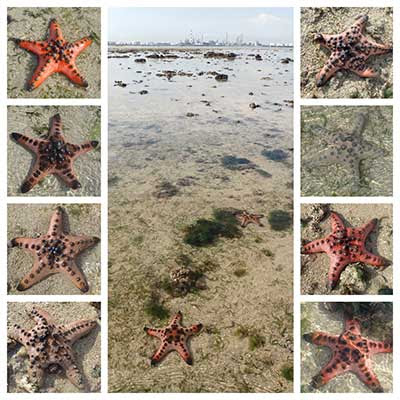 The large Fluted giant clam near the landing point is still there and seems alright. Russel also spotted another one closer to the beacon. 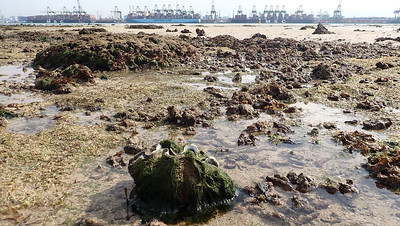 Kok Sheng spotted this Clown anemonefish that was separated from its home anemone - a Giant carpet anemone. The fish was sheltering in water, which the anemone was out of water. Both animals clearly have survived many low spring tides in the past, so we left the situation alone. The fish will soon be reunited with the anemone when the tide rises. 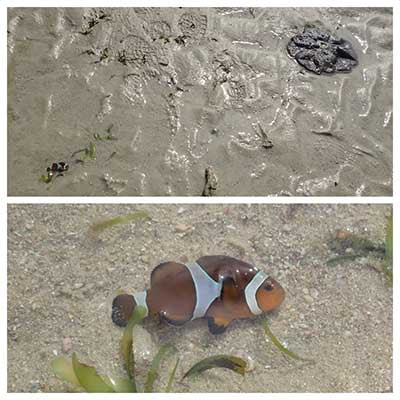 Besides the Giant carpet anemone, I also saw one Snaky sea anemone and many Jorunna nudibranchs. 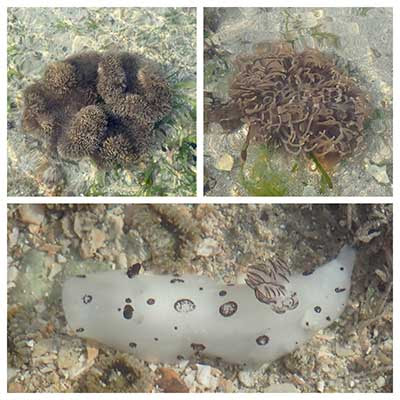 There have never been a lot of corals on Cyrene. Today, the few large hard corals that are there were nice and brown. 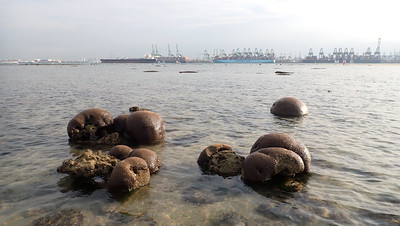 I saw many large leathery soft corals, they were also alright. 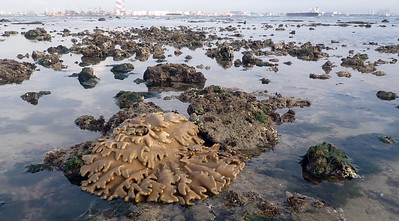 On the sandy area, I saw many Cake sand dollars and signs of some Common sea stars. I saw two Egg-white moon snails and two Orange-mouthed olive snails, which are only common on Cyrene. There were many Oval moon snails. 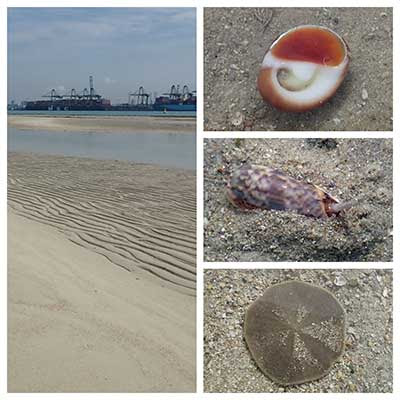 The sand bar has gotten even flatter (not so tall) than what I saw in Sep 2020. It seems to have broken off into two parts. As on our last survey, there is no longer any seagrass east of the sand bar. 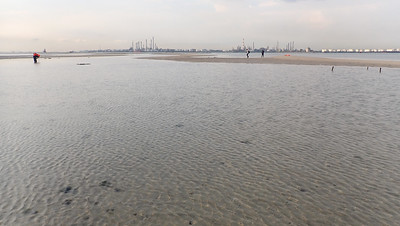 The most dense growths of seagrasses is now east of the sand bar, closer to Jurong Island. Here Spoon seagrasses are flourishing, in some areas growing quite densely. There were also some other species. But I didn't see any long Tape seagrasses, and some of the Sickle seagrasses are blackened. 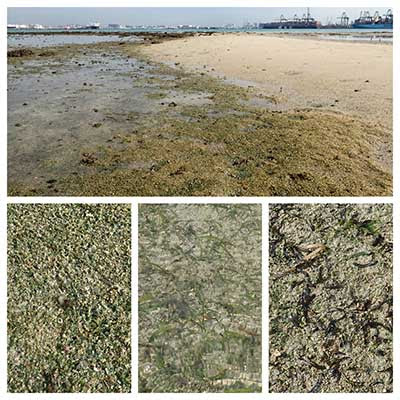 I was glad to see some furrows that might be dugong feeding trails. These trails are formed when dugongs chomp up seagrasses including their roots, leaving a shallow meandering furrow of about equal width and depth. I've seen these furrows here on past surveys too. 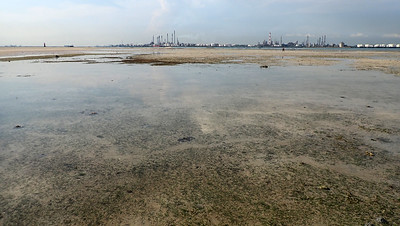 Finally, today I could no longer see signs of massive reclamation on Jurong Island which had been going on since Jan 2018. Hopefully, this means Cyrene can now recover. 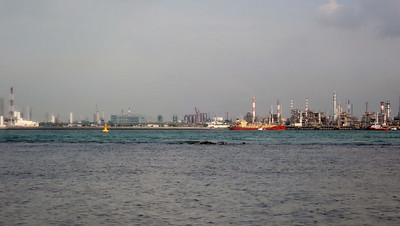 There were still huge piles of sand on Jurong Island nearest the western tip of Cyrene our last survey here in Sep 2020. In Jan 2019, I had already had suspicions that the ongoing reclamation at Jurong Island might be affecting Cyrene. 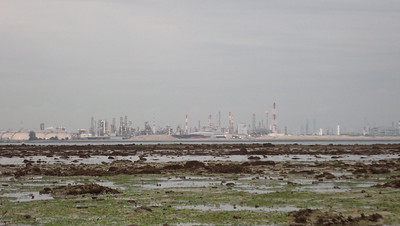 A large area on Jurong Island (Ayer Merbau Basin) near Cyrene was being reclaimed - area outlined in red in this map on the MPA website.

From Port Marine Notice 109 of 2018, these reclamation works have been going on since Jan 2018 and expected to be completed in May 2019. I had noticed the reclamation during our Apr 2018 survey.

Today, I didn't come across any large fish traps. Let's hope this amazing shore stays safe until we can return to check up on it.


Others on this survey: Juria Toramae.
Posted by Ria Tan at 5:55 PM