Cyrene surprises in the morning

Our first morning survey of 2018 is to Cyrene Reef! Although it lies in the middle of an industrial triangle and major shipping lanes, Cyrene has some of Singapore's best shores. 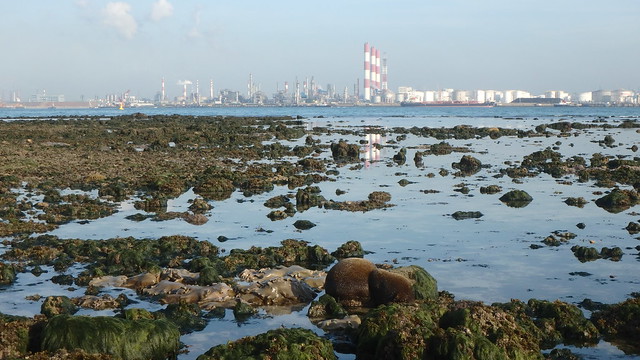 
Cyrene's famous large Knobbly sea stars greeted us at our landing point. And Jianlin spotted a well camouflaged Large-toothed flounder among them. Later, I saw a Bartail flathead which was also well camouflaged. Other abundant fishes were Blue-spotted fantail rays. And there were also many Common sea stars everywhere. 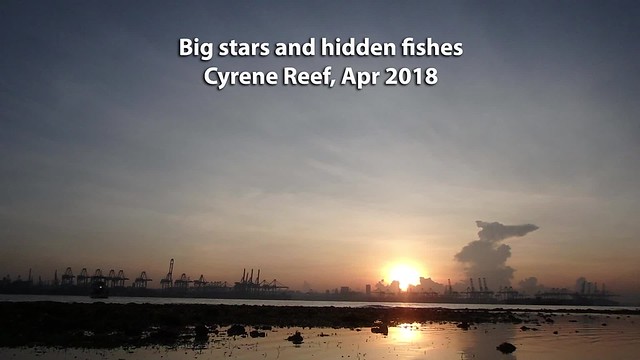 We saw many Knobbly sea stars and one hybrid sea star. But I couldn't find the Pentaceraster sea star today. 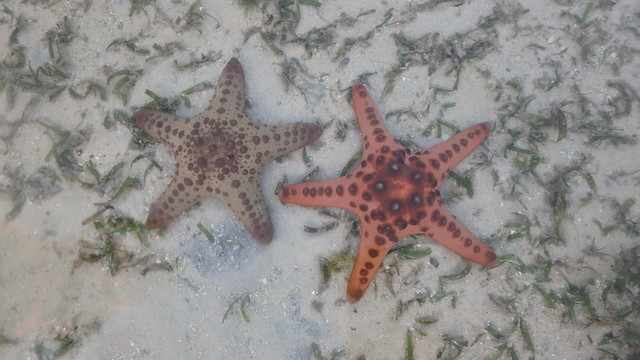 For the first time in years, I had a closer look at the corals. There are many large leathery soft corals and some large hard corals. None of them were bleaching. 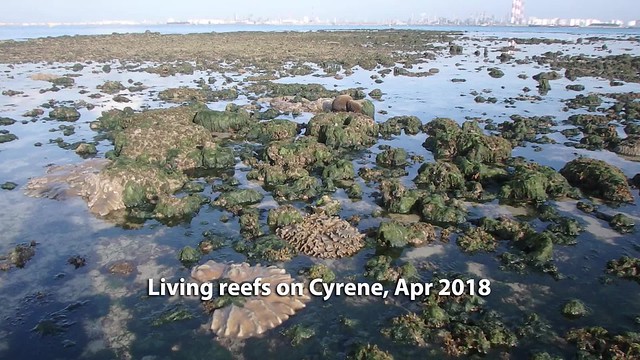 Many of the small corals were whole, without bald patches. They were mostly Pore corals and Merulinid corals of various kinds. 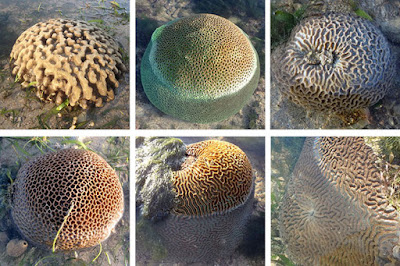 There were a few Disk corals, some Anemone corals, and some Cauliflower corals. All of them looked well. 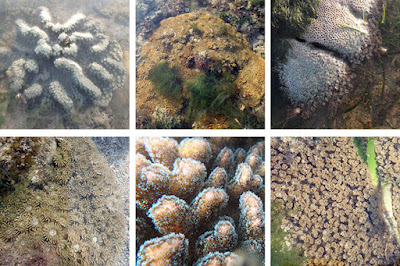 There were many large Leathery soft corals of various kinds. All of them not bleaching. 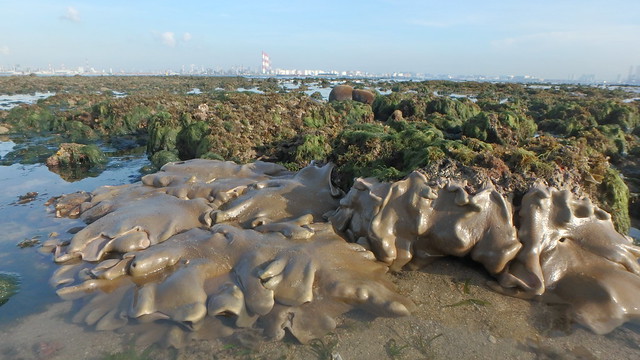 I saw many Flowery soft corals and they were all not bleaching. There was only one very healthy looking large Leathery sea fan. 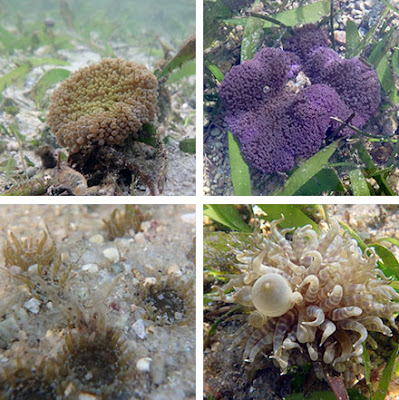 Today the team saw many Ramose murex snails! I saw one. This large snail is listed as Endangered in the Singapore Red List. Abel also came across three Fluted giant clams! 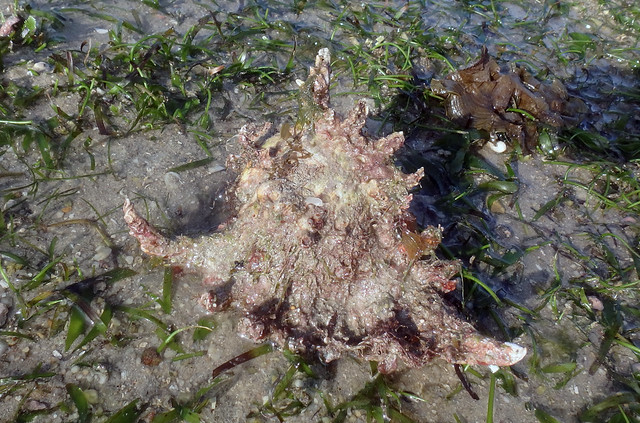 Among the special snails commonly seen on Cyrene is the Grey bonnet snail. I managed to spot one today. 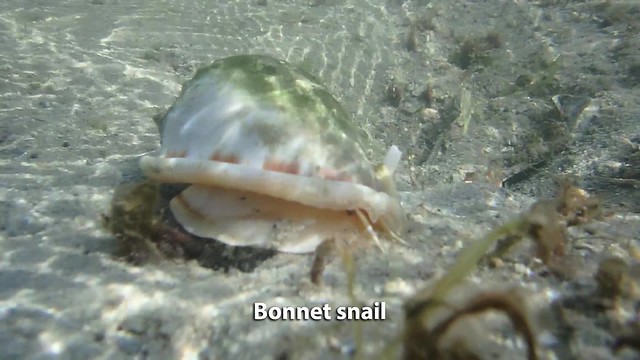 But the most delightful mollusc of all must be the Reef octopus. These nocturnal creatures usually hide during the day, so we were lucky to see some. This one revealed its presence by the water current it created as it breathed in its hiddy hole. 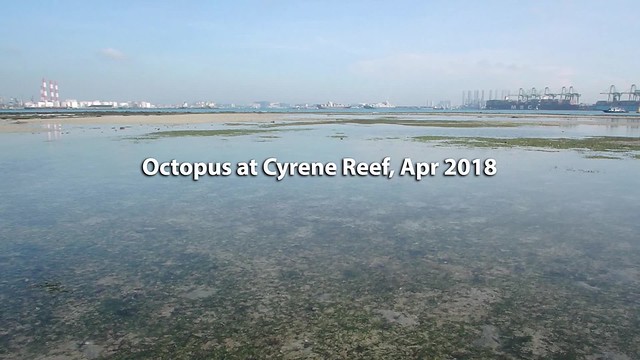 I was very surprised to see a very large Keyhole sand dollar as we were about to leave. Our first sighting of this for Cyrene. I also saw a few Black long sea cucumbers, and one White rumped sea cucumber. 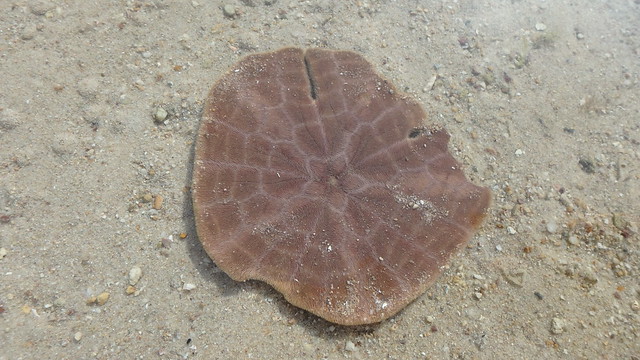 Cyrene is among our best seagrass meadows. And the seagrasses mostly looked well today. Fresh and green. With all kinds of animals living in the meadows. Such as sea anemones, many medium sized White urchins and other animals such as cerianthids. 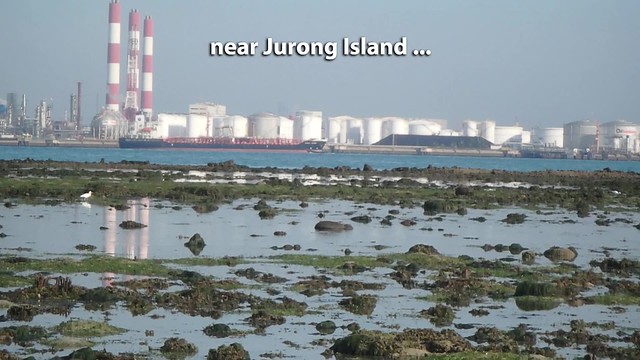 Sadly, most of the clumps of Tape seagrasses were still cropped short with decaying broken tips. 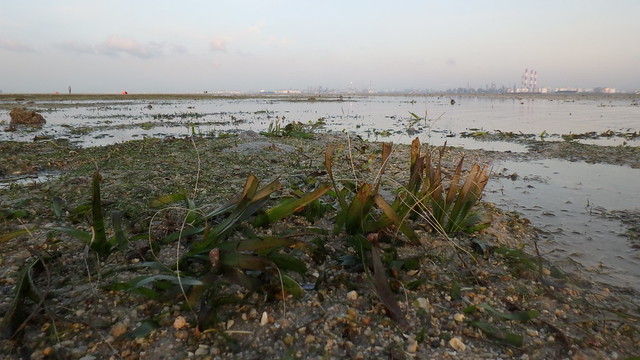 There were also some patches of seagrasses with 'burnt' tips or covered in blackish growths. I spent most of the time looking at the reefy areas so I didn't see any dugong feeding trails on this trip. 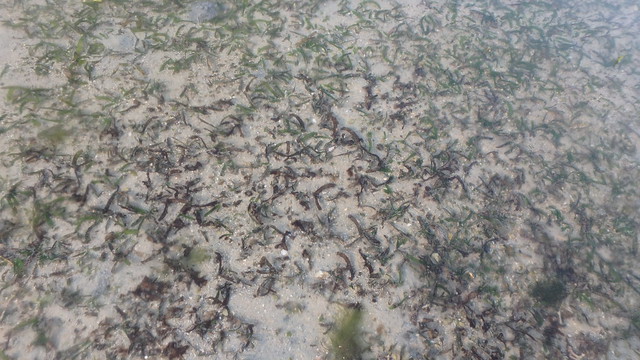 On Jurong Island, I notice large piles of sand near the waters' edge. Ongoing reclamation? There was also a strong smell of gas in the area when we landed. Related to the butane gas spill two days ago? Cyrene is also close to the Pulau Busing where there was a massive fire on 20 Mar 2018. 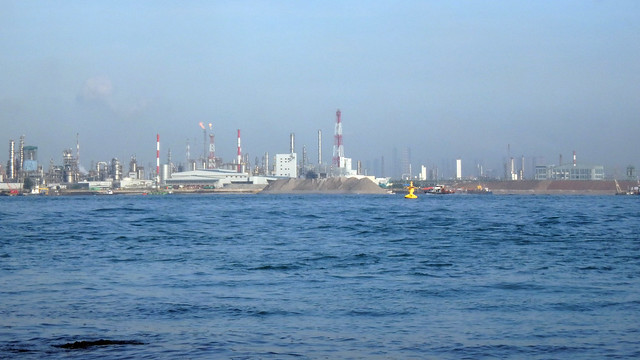 We enjoyed a lovely sunrise when we arrived at Cyrene. Thanks to Edward and Sam for the trip! They are are filming Cyrene for the second season of the awesome Living City. 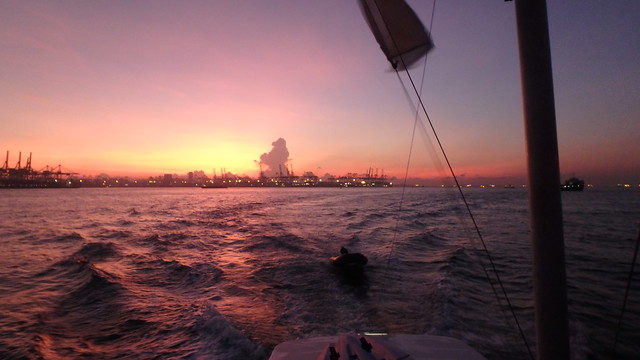 Tomorrow, we survey another favourite shore at Changi!

Here's more photos taken by others on this trip


Others on this trip: Marcus Ng, Kelvin Yong
Posted by Ria Tan at 5:30 PM