Large predatory sea stars were prowling the lush seagrass meadows of Pasir Ris this morning!
There were also other kinds of sea stars, large sea anemones, many crabs and other interesting marine life on this very accessible mainland shore.

Similar to our last survey here in Mar 2020, there were lots of very large Eight-armed sand stars this morning - larger than my foot! I saw one small one, and two that seemed diseased. But most were alright. 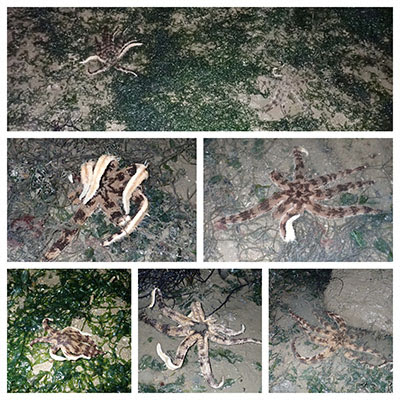 I saw two with their arms bent, raising the central disk above the surface. Were they getting into spawning position? 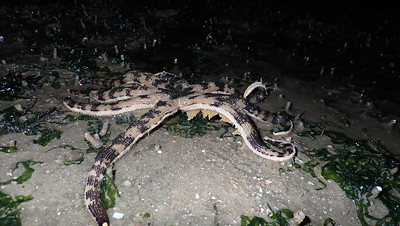 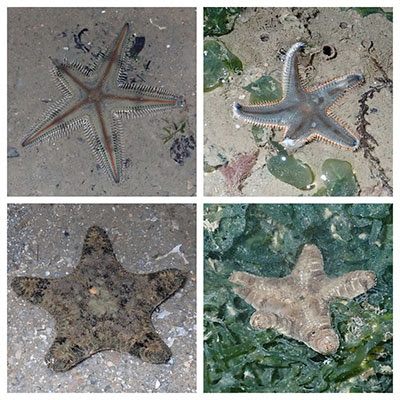 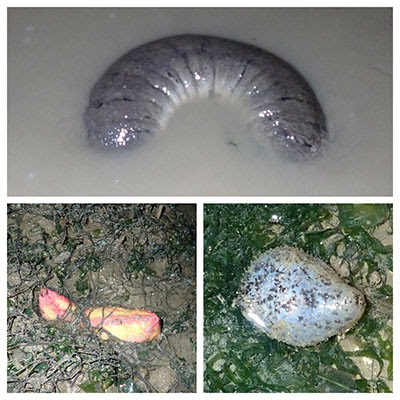 The soft silty shore is perfect for sea pens. And indeed, today, I saw a lot of Sea pencils. Kok Sheng shared this photo of just how many there were!
Also many Flowery sea pens, which look like sausages when their polyps are retracted. And one Spiky sea pen. 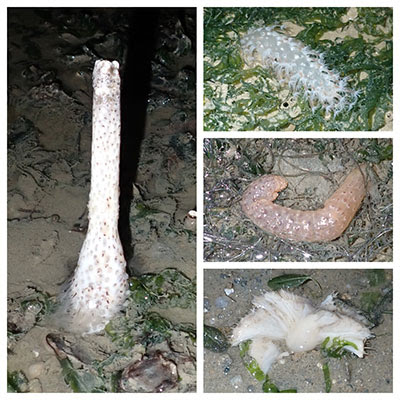 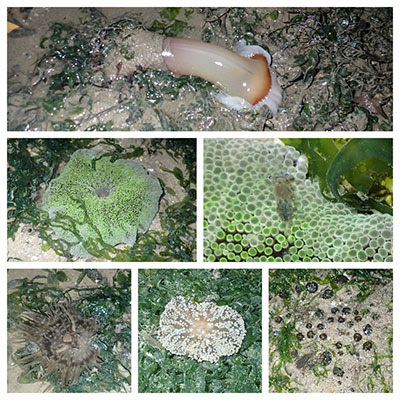 There was also one Big hermit hitching anemone, stuck to the shell of one hermit crab. With another hermit crab clutching at it. Was it trying to steal the anemone? 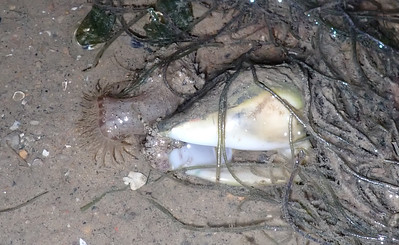 There was a cluster of a few large Hairy sea hares. There were many Gong gong snails, both adults and young ones. I saw some whelks as well as Spiral melongena snails. 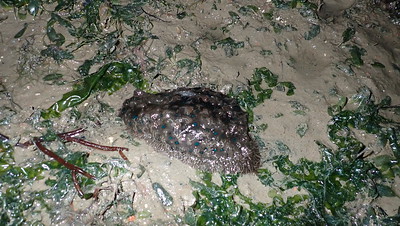 I'm not really sure what this hermit crab is doing with this Venus clam. Trying to eat it? 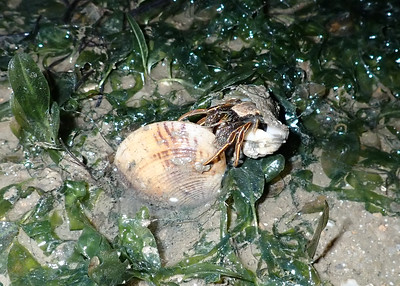 There are a lot of Stone crabs on this shore. It seems that every crevice large and small had an appropriately sized Stone crab in it! There were also many Orange striped hermit crabs and some tiny and small swimming crabs. 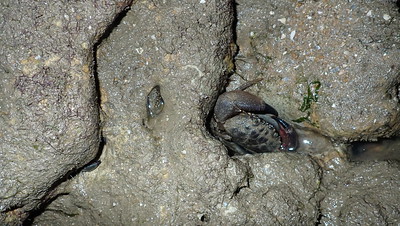 The water was quite clear this morning as there is usually less boat traffic at this time. Kok Sheng took lots of great photos of animals in the water, including this tiny Milk-spotted pufferfish.
Kok Sheng also captured some Kite butterflyfishes swimming near but not touching a Haddon's carpet anemone. We have seen this curious behaviour on other northern shores too.
Healthy patches of Zebra coral covered many of the rocks. 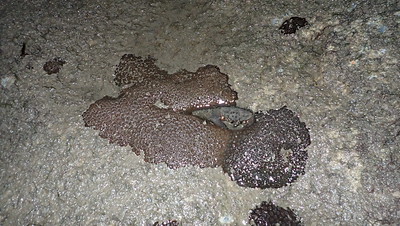 Lush growths of Spoon seagrass still cover most of the intertidal. Most with large leaves, although I saw some with small leaves too. The shoreline is very soft and silty in most parts. I didn't see any dugong feeding trails today. The last time I saw them here was on our survey in Jul 2017. The Ulva bloom wasn't too overwhelming today. 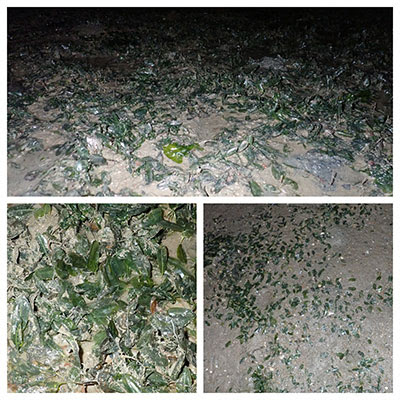 There are still a lot of Straw tubeworms at sandier parts of the shore. 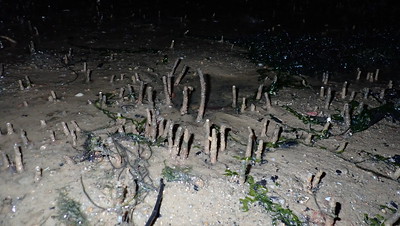 I came across one fishing net that has been abandoned for so long on the shore that it has become covered in seaweeds. It was still dark when the tide turned so I couldn't really check on the trash situation properly. 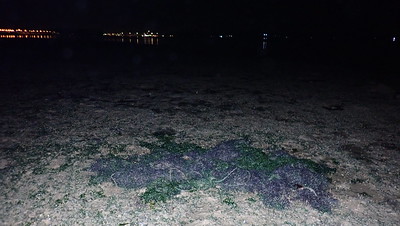 In the first glimmer of dawn, we headed back as the tide turned. I hope this amazing shore remains well until we can return. 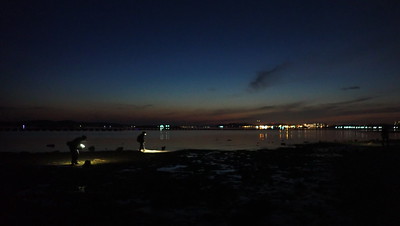 What is the future of Pasir Ris shores?

Pasir Ris shores may be affected by the 2030 landuse plan by the Ministry of National Development. The plans include a road link (black line) from the mainland jumping off at Punggol, crossing to Pulau Ubin through Chek Jawa to jump off to Pulau Tekong before circling back to the mainland on Changi East. Proposed reclamation (in yellow) will bury Pasir Ris shores, Pulau Sekudu and Chek Jawa as well as a large amount of shore at Changi Beach.