Dr Jani Tanzil alerted us that mass coral bleaching may have started on our shores since the second week of June. So we are on the look out for this as we check up on Small Sisters Island. 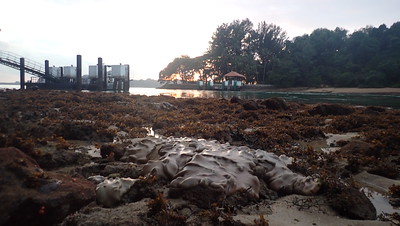 Today, I didn't see any large corals that were full on bleaching. About 1% were showing stress (paler than usual or with bleaching portions) or with recently dead patches. I didn't come across many leathery soft corals, most were alright. The situation wasn't as bad as what I saw during mass coral bleaching in 2016.

There are not a lot of hard corals on Small Sisters Island. Most of the hard corals I saw were alright. Only a few had bleaching or dead portions. The situation seems similar to our last survey here in May 2018. 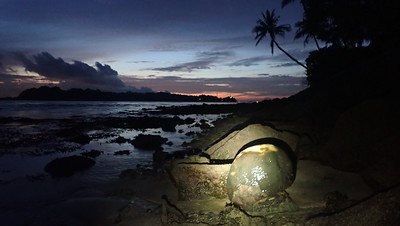 Here's a compilation of some of the hard corals I saw today, with a ruler for further study by others.
There are not a lot of leathery soft corals on this shore. 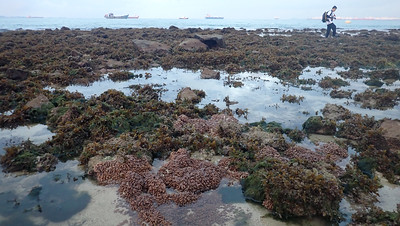 Most of the leathery soft corals that I saw were alright, although a few small colonies were bleaching. 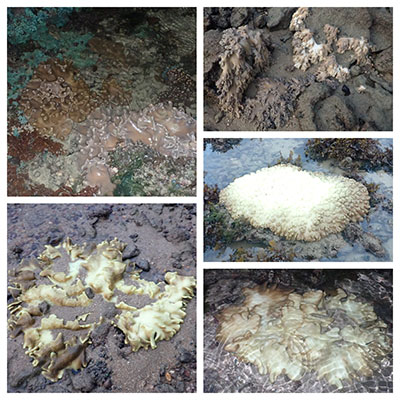 None of the other cnidarians that I saw were bleaching. I saw several Giantcarpet anemones, a few Cerianthids, one Asparagus flowery soft coral. Zoanthids were abundant under the jetty, and there were many large patches of Sea matzoanthids. There were also many Posy anemones in the smaller lagoon. 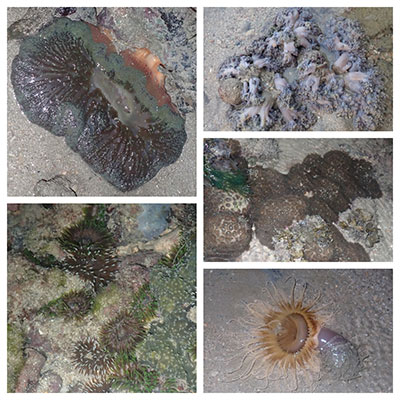 I came across a small Fluted giant clam (about 15cm), the first time I've seen one at this spot. 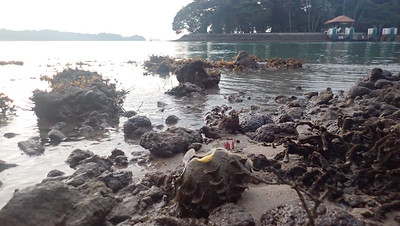 Giant clams can also suffer from bleaching, so it was a relief to see that this clam is doing alright. 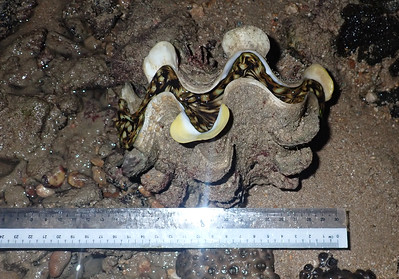 I saw a Zebra moon snail among the blooming Sargassum only because it was moving so fast. When it stopped moving, it looks just like the little round floats of the seaweed! 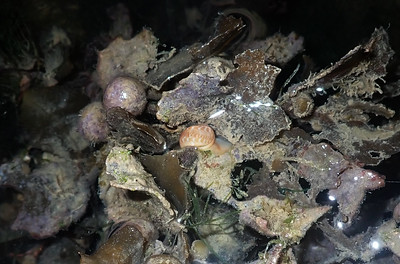 Chay Hoon spotted weird slugs among the Sargassum! They are tiny sea hares!
While it's dark, the octopuses are more active. It was nice to come across a few small Reef octopuses. 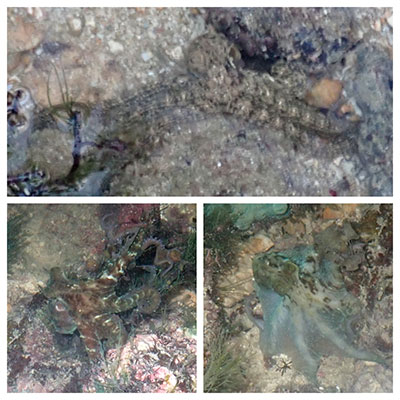 In the sandy big lagoon there were several Common sea stars (as well as many Oval moon snails). Under the jetty there were a few feather stars. Scattered on the shore were many Black long sea cucumbers. 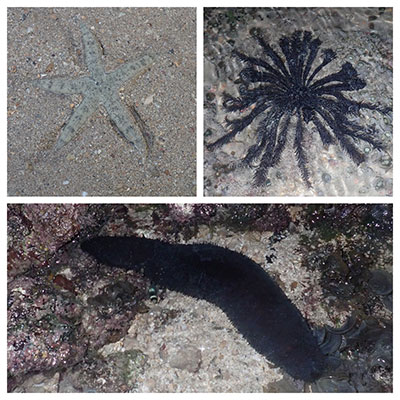 There were also many of the usual colourful crabs. 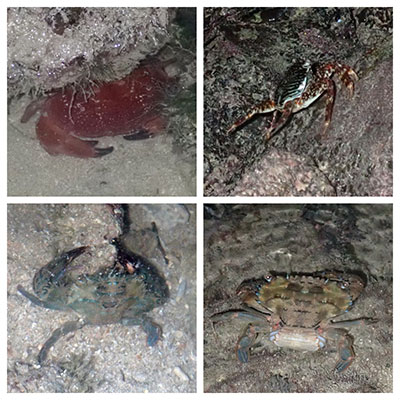 The rest of the team saw amazing fishes. I couldn't take a good photo of those I saw. There were lots of Silversides as usual. As well as other common small reef fishes. Marcus saw this pretty juvenile angelfish.
The bigger lagoon only had a sparse sprinkling of Spoon seagrasses with tiny leaves. I didn't see the Tape seagrass in the small lagoon which I saw our last survey here in May 2018. 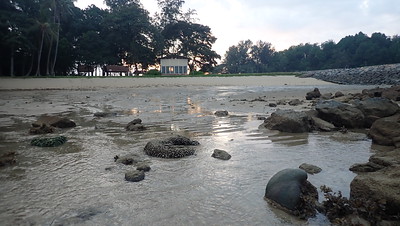 The Sargassum is already starting to bloom on this little island. 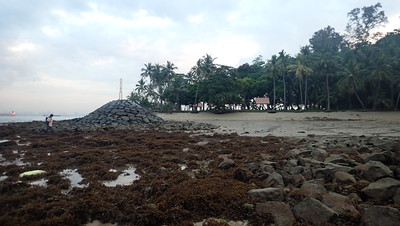 There wasn't much trash on the high shore. The usual plastic bottles, plus what looks like an airconditioner? There were also two huge flat slabs on wax half buried in the sand in the lagoon. We didn't come across any nets or traps. 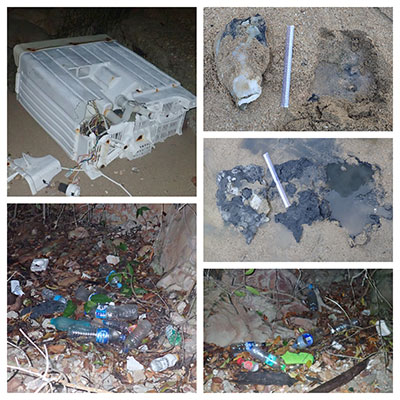 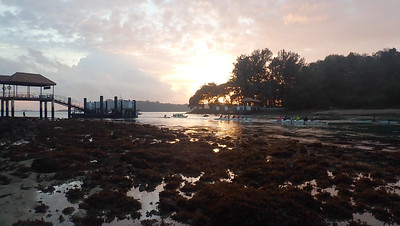 The two Sisters Islands are now designated as a Marine Park and managed by NParks. While Big Sister's Island is open to the public, Small Sister's Island is closed to visits and set aside for research. Our survey today was done with permission from NParks. 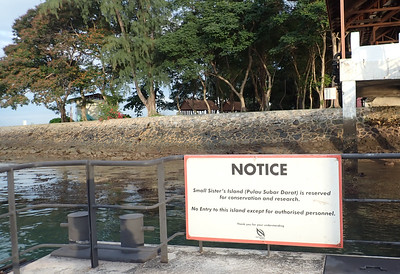 More about the Sisters' Islands Marine Park on the blog and facebook page.

Vincent Choo checked up a Changi shore on 20 Aug

Chay Hoon checked up on East Coast Park on 19 Aug


Vincent Choo was also at East Coast Park on 19 Aug