During mass coral bleaching, when many corals turn white, some corals may have flourescent bright colours. I have wondered why.
Research by Jorg Wiedenmann and team have discovered why, and the findings suggest a better chance for recovery when corals bleach colourful instead of dead pure white.


Some excerpts from the article "This Eerie Neon Glow Coming From Bleached Coral Could Actually Be Good News" Jorg Wiedenmann AND Cecilia D'Angelo on Science Alert 22 May 2020. With photos of some colourful bleaching I've observed on our shores.

"Ocean heatwaves cause vast coral bleaching events almost every year due to climate change, threatening reefs around the world. The high water temperatures stress reef building corals, causing them to eject the photosynthetic algae that reside in their tissue."
"Losing these brownish-coloured plant cells lets the coral's white limestone skeleton shine through, turning reefs ghostly white. But when some corals bleach, they undergo a mysterious transformation that has confounded scientists. Rather than turning white, these corals emit a range of different neon colours. Colorful bleaching, as it's known, was covered in the documentary Chasing Coral, which showed a whole reef turning fluorescent." 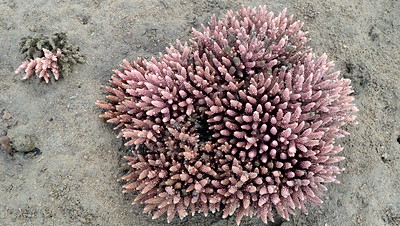 "In healthy corals, much of the sunlight is absorbed by the photosynthetic pigments of the algae. When corals lose their algae due to stress, the excess light travels back and forth inside the coral tissue, reflected by the white skeleton. The algae inside coral can recover after bleaching, once conditions return to normal. But when the coral interior is lit up brightly like this, it can be very stressful for the algae, potentially delaying or even preventing their return." 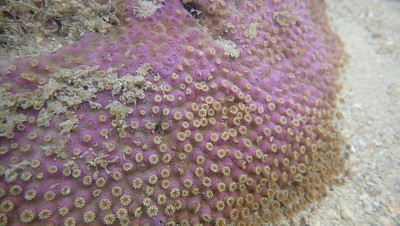 "If the coral cells can still carry out at least some of their normal functions during bleaching, the increased internal light levels boost the production of colourful pigments which protect the coral from light damage, forming a kind of sunscreen layer that allows algae to return. As the recovering algae start absorbing light for photosynthesis again, light levels inside the coral drop, and so the coral stops producing as much of these colourful pigments." 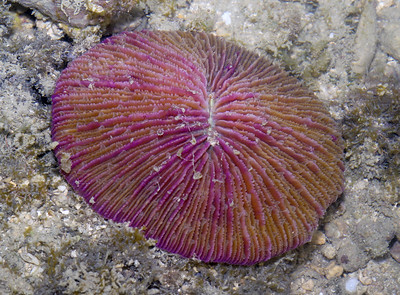 "But it's not just heat stress that can cause colourful bleaching. Corals and their algae are very sensitive to changes in nutrient levels in their environment. When there's too little phosphorous or too much nitrogen in the water – something that can happen when fertiliser runs off from farmland into the ocean – strong colourful bleaching can occur." 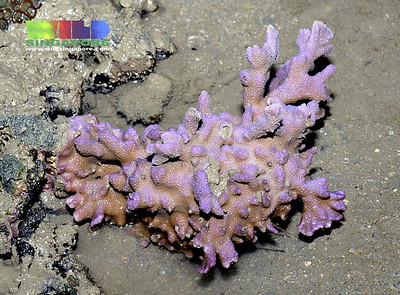 "Using satellite data, we reconstructed the temperature profiles for known colourful bleaching events. We saw that they tend to occur after brief or mild episodes of heat stress. When corals are exposed to severe or prolonged temperature extremes, they tend to bleach white. That's why we only see bright neon colours in particular bleaching episodes, when conditions are just right." 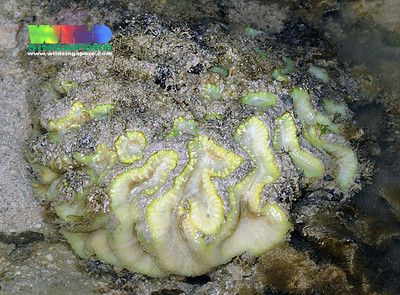 "Different members of the coral community can display different colours during these events, while some species don't produce these colourful protective pigments at all. But even within coral species, there can be different colour variants that result from differences in their genetic makeup. These variants have evolved to give species different strategies to deal with light, depending on where they grow on the reef. For corals in shallower water it's beneficial to invest a lot of energy in producing the colourful sunscreen." 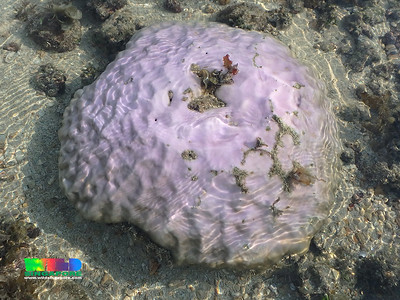 "The good news is that colourful bleached reefs seem more likely to recover than corals that bleach white, since they tend to appear when heat stress isn't so severe and the colourful pigments themselves offer protection." 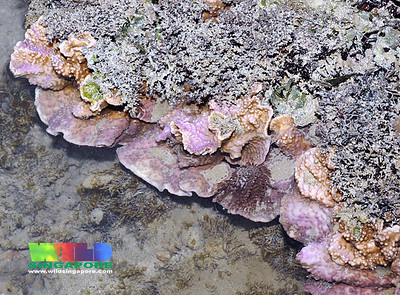 "Now that we know that nutrient levels can affect colourful bleaching too, we can more easily pinpoint cases where heat stress might have been aggravated by poor water quality. This can be managed locally, whereas the ocean heat waves caused by climate change will need global leadership. Together, these actions can secure a future for coral reefs." 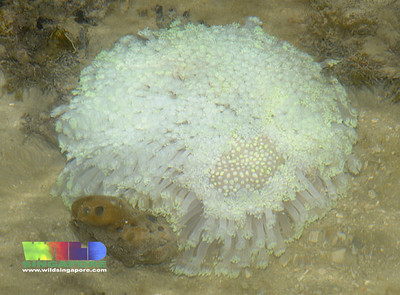