Some bleaching at Pulau Semakau (North)

We arrive before dawn on this corner of Pulau Semakau near Pulau Hantu and Pulau Bukom. It has a rich reefy edge. 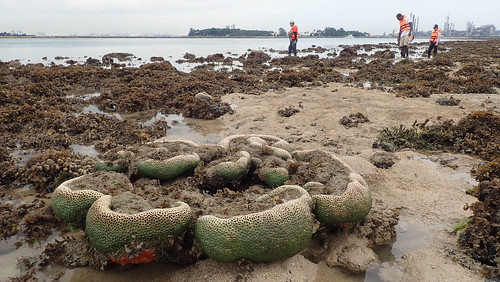 I saw lots of corals of all kinds. The rest of the team spotted a Giant clam, and a special anemone too! Alas, there were some corals that were bleaching and many that looked stressed or had portions that were pale. The seagrasses have not made a recovery.


Bleaching corals are easy to spot. They glow white in the water and on the shore. 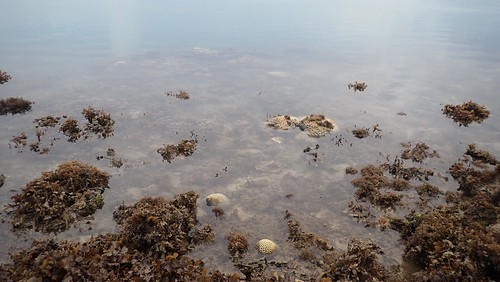 Fortunately, not all the corals were bleaching. So it's not a mass coral bleaching event (yet?). Hopefully the recent rainy weather will cool things off so the corals feel less stressed. 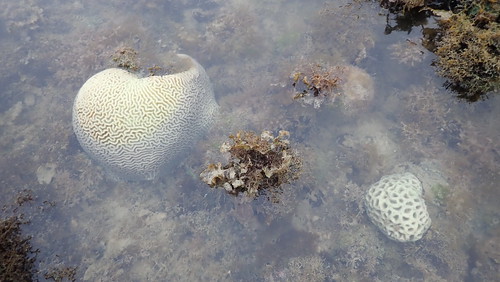 As usual, the most common kind of corals I saw were Merulinids. Most were alright. But some were bleaching, and many were pale. 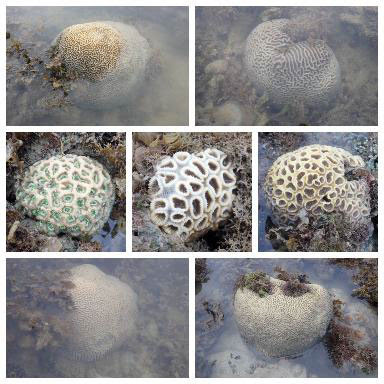 There were many Boulder pore corals that were also pinkish, a sign of stress. 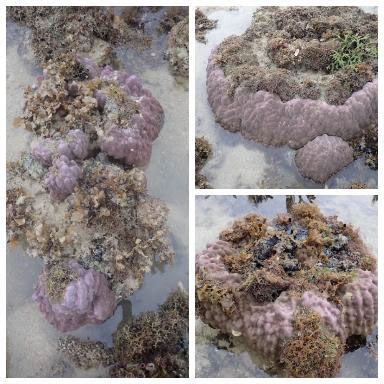 Some more commonly seen corals were doing well. I saw many Anemone corals colonies, some near the reef edge were large. They were alright although one had small clusters that were bleaching. I saw a few Cauliflower corals and some Sandpaper corals and they were not bleaching. 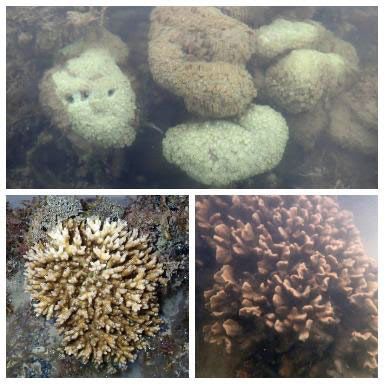 I saw many Brain corals. Almost all of them were pale, oddly coloured and a few were bleaching. 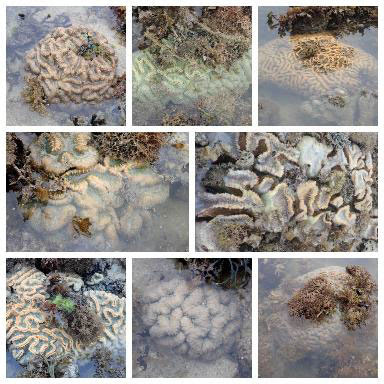 I also saw many Carnation corals, most of them had very white edges and a few small ones were bleaching. 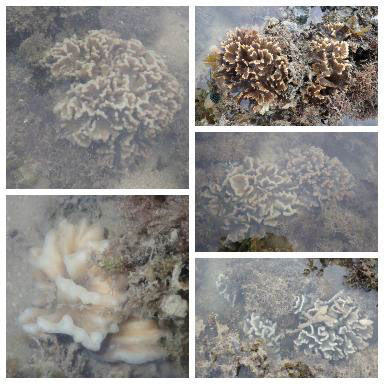 All the Anchor corals I saw were bleaching. 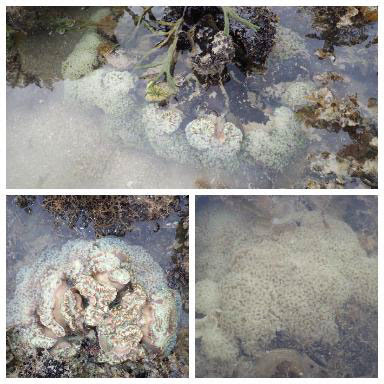 It was nice to see some Mushroom corals, but sad that many of them were pale, oddly coloured. 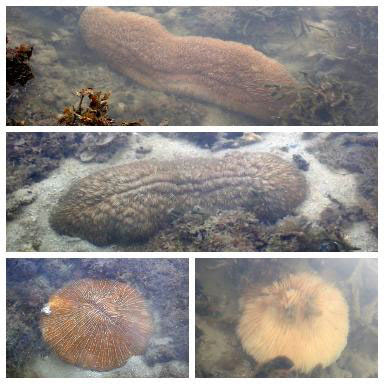 I saw several clumps of Pinecone acropora coral that were not bleaching but had dead portions, and several small Elegant acropora corals that were bright pink, probably a sign of stress. The Branching montipora corals I saw seemed alright. 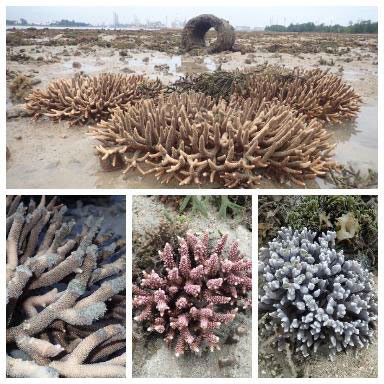 I saw many Disk corals. Most were alright but some Flowery disk corals were bleaching or very pale. 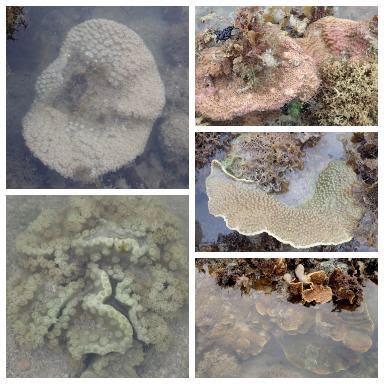 It was great to see some special corals, but sad that some were pale. Ridged plate coral and Lettuce coral which were alright, Horned coral (pale), Bracket mushroom coral (pale) and Pebble coral (very pale or yellowish). 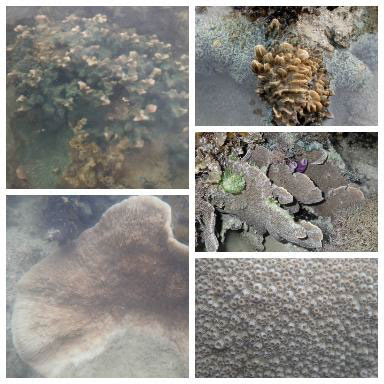 I saw some leathery soft corals, most were small colonies. 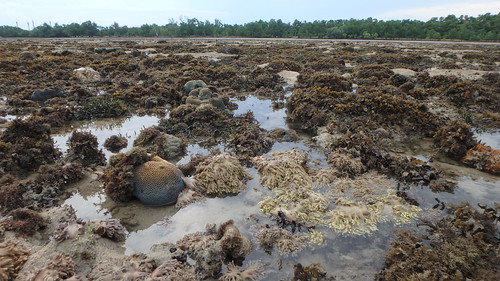 Some of the leathery soft corals are rather pale. But I didn't see any that were bleaching. 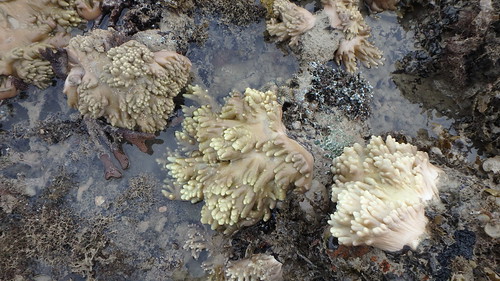 I saw a few Giant carpet anemones, some were pale. I saw one Magnificent anemone, some Frilly anemones, one was bleaching. The large Bubble tip anemone near the departure point is still there but bleaching. Kelvin found the Leathery sea anemone, it was not bleaching. 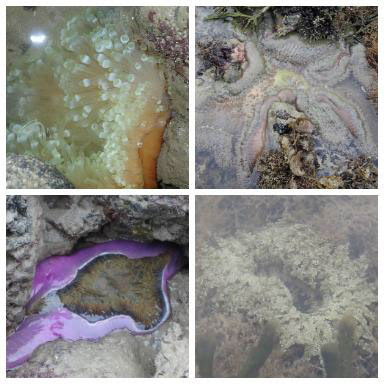 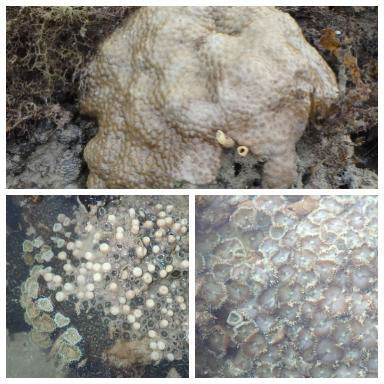 I saw several large Barrel sponges at the reef edge. I couldn't find the Giant clam near the departure point, but Kelvin found another one. 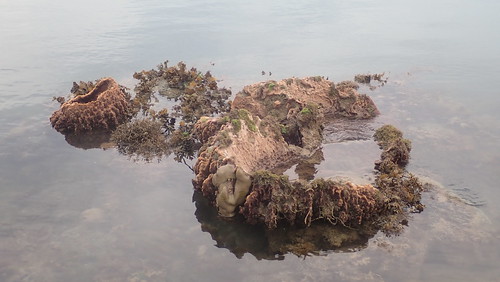 The seagrass situation does not appear to be very different from what I saw at our last visit in Jun 2018. 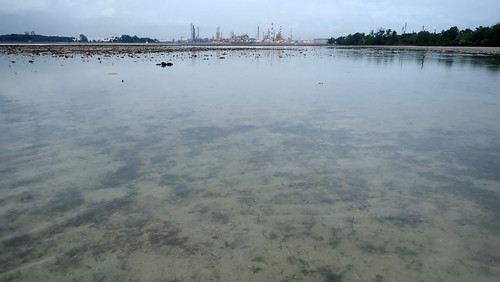 Today, I saw sparse growths of various kinds of seagrasses. The Tape seagrasses were still mostly short although I saw some with longer leaves among the reefs. 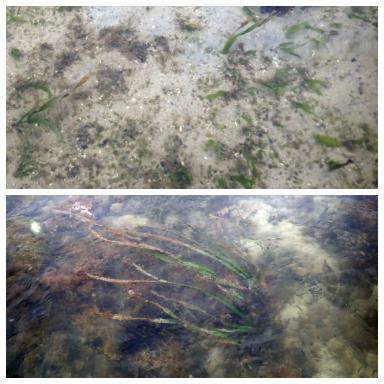 This is what the site used to look like in 2010 just before the seagrasses started to disappear. 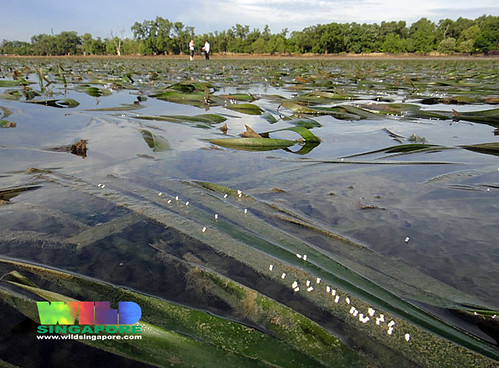 The mangroves  have started to grow more thickly on the shore. So it was difficult to survey the coastal forest without being eaten alive by hungry mosquitoes! 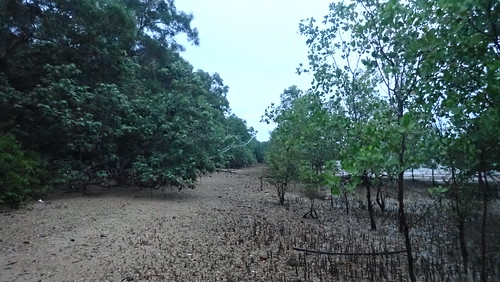 I saw a large fish trap (bubu) that was broken. I didn't come across any other nets or traps. 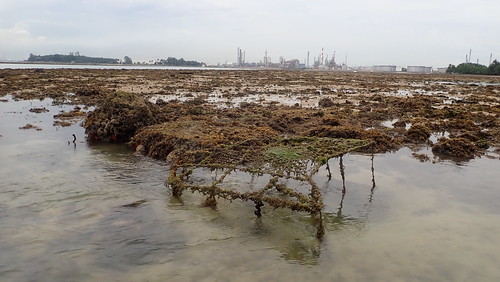 Larger odd neat holes in the reef are likely to be caused by boats striking the reef or operating in shallow waters over the reef. 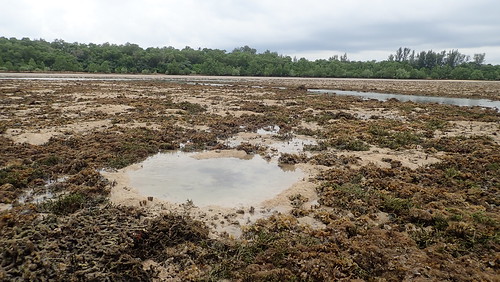 We left the shore just before the huge storm hit us. Thanks to Alex and James for taking us safely home in almost zero visibility due to the heavy rain. 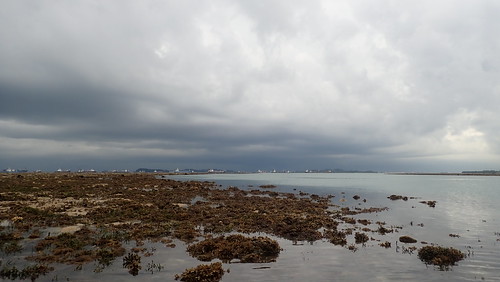 More photos by others on this trip


Others on this trip: Jahson, Jeanette.
Posted by Ria Tan at 6:09 PM