Seagrasses appear to be doing better on Beting Bemban Besar, one of our largest submerged reefs! 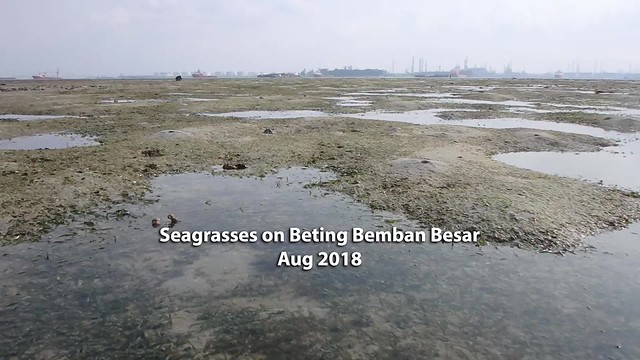 Although I didn't come across many corals, none of them were bleaching.


I was excited to see patches of lush Noodle seagrass for the first time at this location. I also saw Spoon seagrass (small and large leaves), Needle seagrass (broad leaves), Sickle seagrass. Serrated ribbon seagrass. There were some Tape seagrass. Some were cropped, others were long (about 30cm). 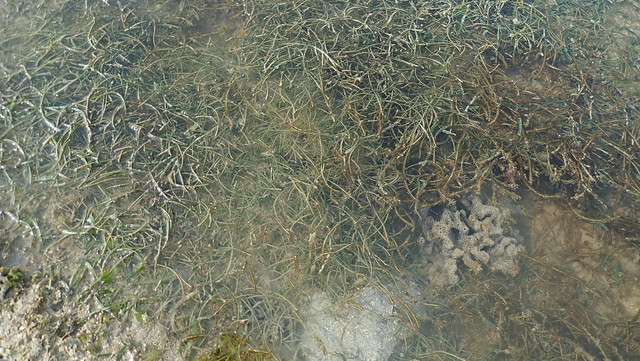 I was particularly excited to see that seagrasses seem to be doing well in the centre of the shore: growing more lush, less covered by epiphytes. Those growing towards the low water mark were more heavily covered in epiphytes. During our last survey in May 2017, I observed that the seagrasses here were a little better in Jun 2016, less heavily covered in ephiphytes and with more animals seen among them. Today, I felt they improved yet a little bit more. Animals seen among the seagrasses included Common sea stars, Garlic bread sea cucumber, several Big synaptid sea cucumbers, a few skeletons of Thick-edged sand dollars. 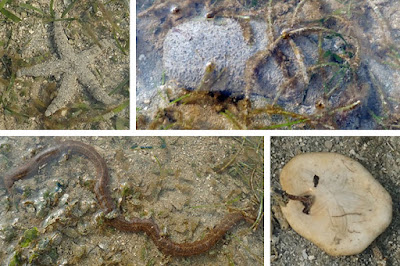 There were also a lot of Giant carpet anemones, some Frilly anemones, cerianthids, Swimming anemones and one Fire anemone. 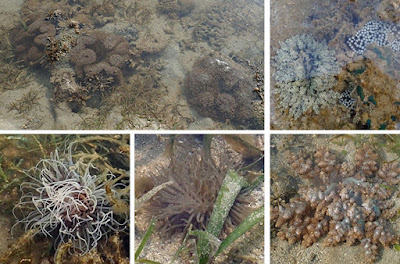 The rest of the team also saw awesome creatures like Knobbly sea stars, Cushion stars and nudibranchs of all kinds.


There are not a lot of corals in the area I surveyed today. But none of them were bleaching. The situation was quite similar to what I saw on our last survey in May 2017. 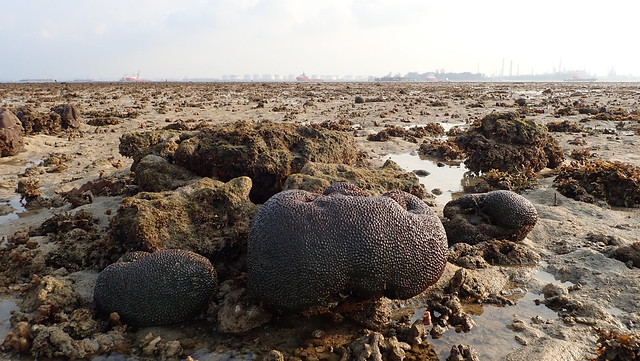 There were some Acropora corals, some were very pink (a sign of stress) others were their normal brownish colour. There were many Boulder pore corals, most were very pale but not bleaching. 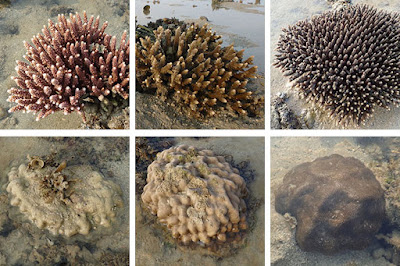 As usual, the most abundant corals were from Family Merulinidae. With many small colonies that looked fine. The large colonies were not bleaching but had many large dead portions. 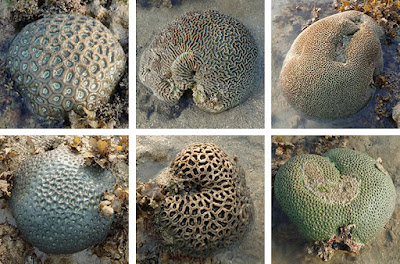 Anemone corals were particularly abundant and I also saw some Small goniopora coral, one Anchor coral and one Galaxy coral. They were alright. 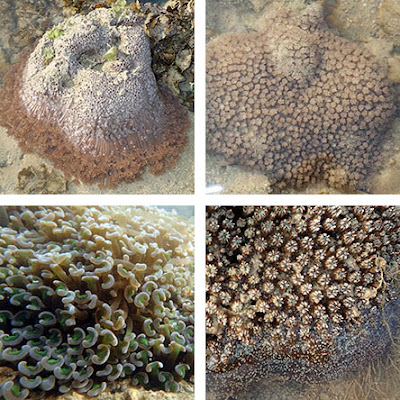 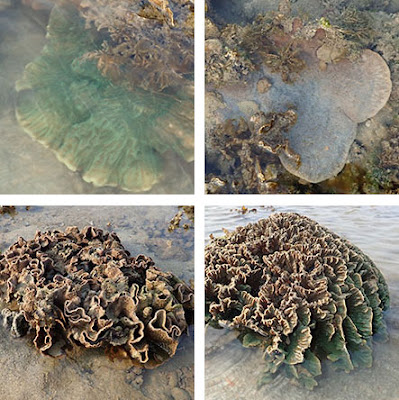 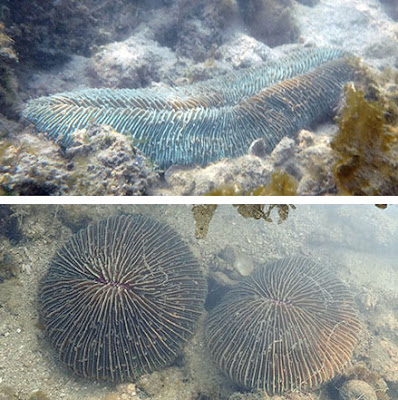 I saw a Carnation coral, one Cauliflower coral and several Brain corals. They looked alright. It was nice to also come across a Cabbage coral that I rarely see. 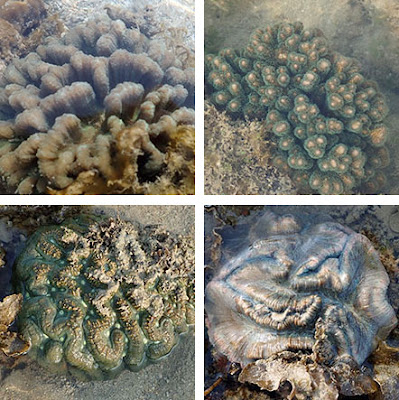 There used to be a field of Branching montipora corals on the high shore. After the mass coral bleaching in 2016, during our last survey in May 2017, I observed taht only about 20% survived. Today, there seems to be more colonies, although they have yet to form a dense field. 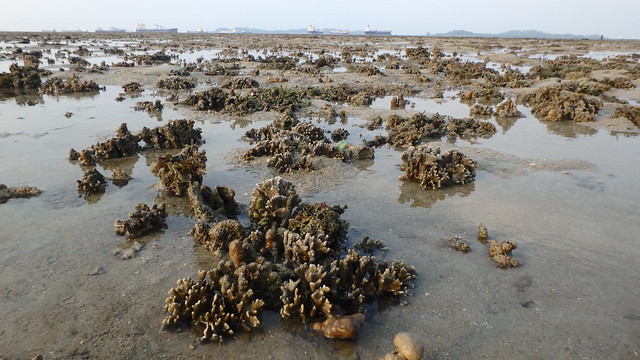 This is the dense field of these corals seen in Jun 2016. 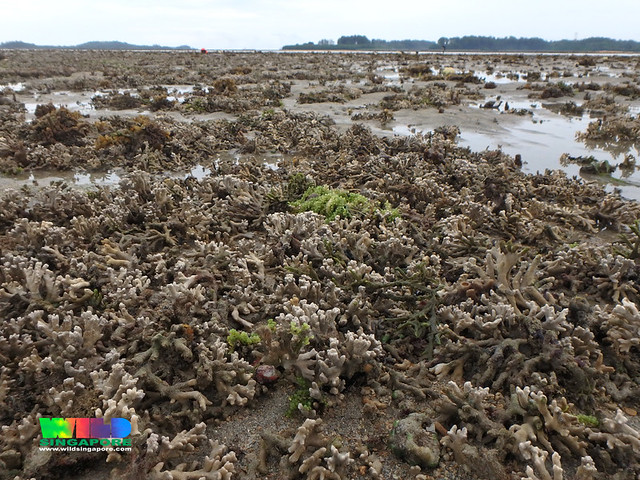 There were some Leathery soft corals and they seemed alright. 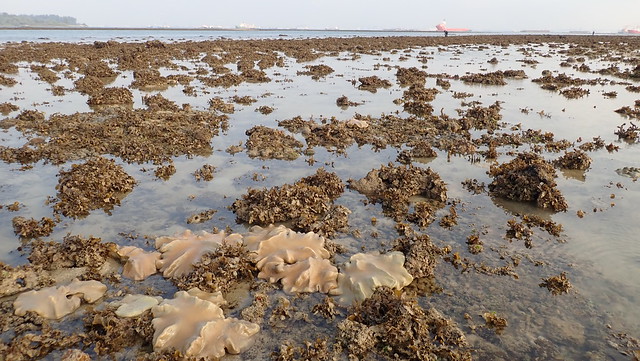 I saw some Barrel sponges with rotting edges at the top, and many Yellow pot sponges in a similar situation. I check for this now since we saw dying Barrel sponges at Sentosa Serapong in Jun 2018. 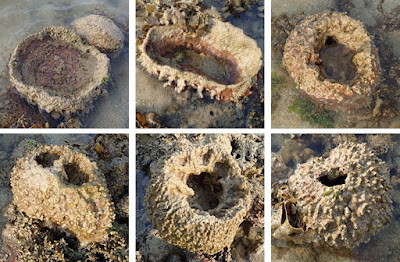 Nathaniel and his partner Eddie worked hard throughout the survey to document the team and the shore. We can't wait to see his video! 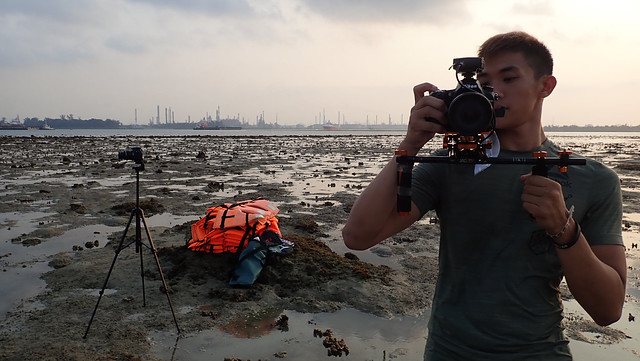 
Richard Kuah and on his blog.