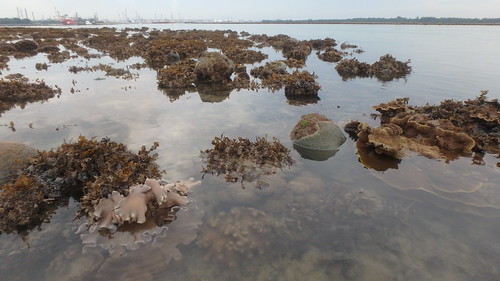 There are amazing corals on Terumbu Bemban, even though it is close to where many large ships are anchored and to industrial areas like Pulau Bukom and Jurong Island.

Here's a glimpse at some of this shore. 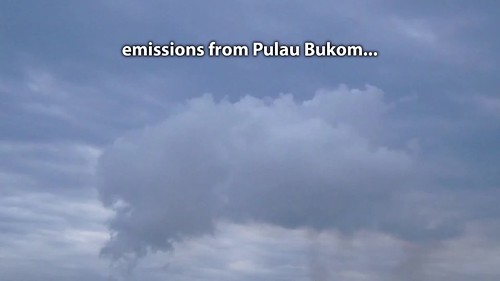 Some special corals I saw today included Galaxy corals, Carnation corals, Ridged plate coral, Branching anchor coral   Branching horn coral. But I did not see some of the other special corals that I saw on our last survey in Apr 2016. I also did not come across any giant clams. 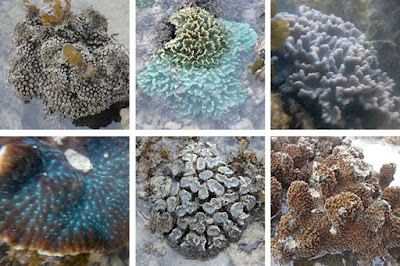 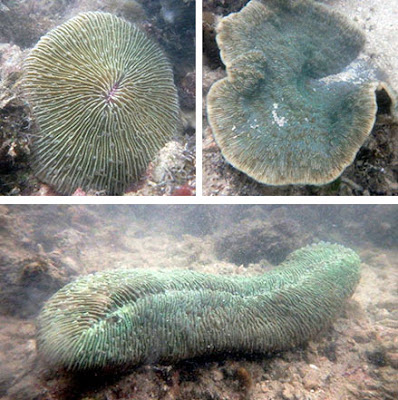 I saw several small Acropora corals including a rather large colony. And some Pebble corals too. 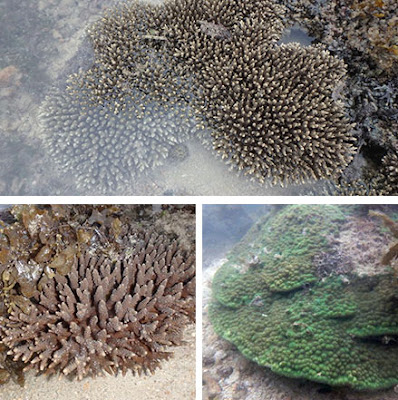 I saw a few Brain corals, most looked alright also some had dead portions. 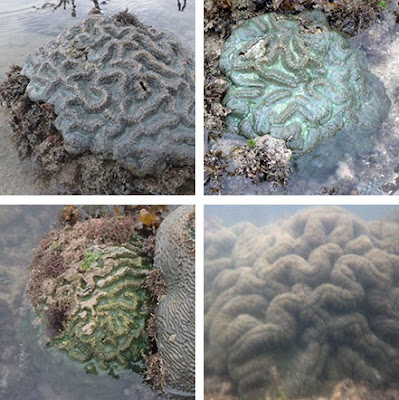 I saw some other Disk corals including a few large colonies. They looked alright. 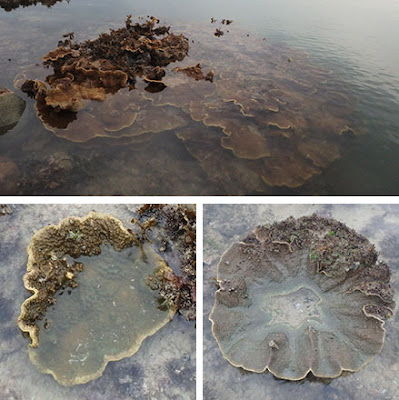 But many of the Flowery disk corals I saw were pale. 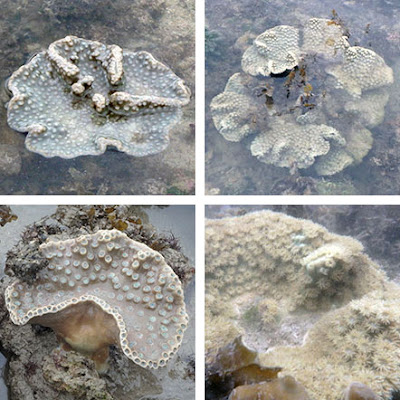 Many of the large corals on the higher ground were  Merulinid (previously Favid) corals. Most of them had dead portions, and some had small pale or bleaching patches. 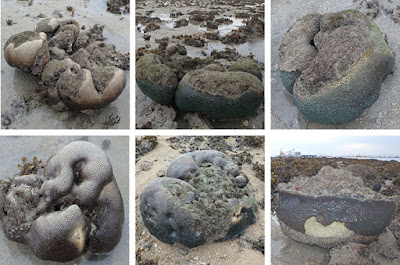 Cauliflower coral and Crinkled sandpaper corals that I saw were alright, although some had large dead portions.

Most of the Anemone corals I saw were alright, but a few were bleaching.

Most of the Boulder pore corals were alright, but some were very pale and appear to be nearly dead.

I saw a few Asparagus flowery soft corals and they looked alright.

I saw many Leathery soft corals and they all seemed alright. 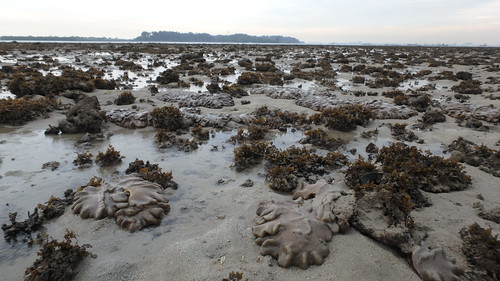 There were spinkles of Spoon seagrass, and cropped Tape seagrass. 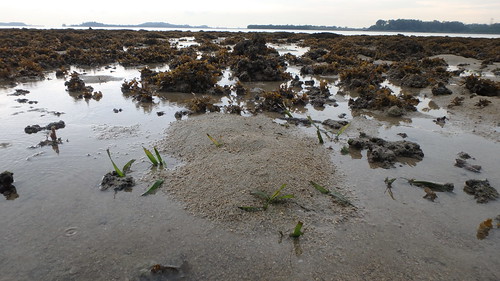 The Sargassum seaweeds are still present, and rather bushy on the side facing the Live Firing Islands. This is well outside the Sargassum bloom season. Is this a sign of increased nutrients? From the nearby fish farm? 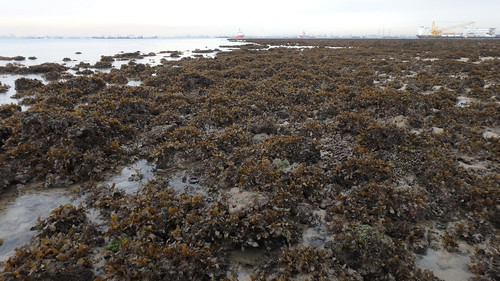 I didn't see any nets or traps on the high shore. But this sandy patch clear of rubble suggests a recent boat strike. 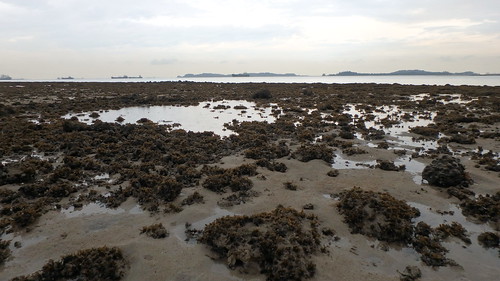 Let's hope this beautiful little reef stays safe until we get to survey again.

Others on this trip: Nicholas Yap, Colin Koh.
Posted by Ria Tan at 8:38 PM