This is our first survey of the coral rubble area since Chek Jawa was hit by the 300-tonne oil spill in the East Johor Strait six months ago. And last week, there was an oil spill near Pulau Tekong. During last survey of this part of Chek Jawa in Jul 2016, we saw mass coral bleaching. 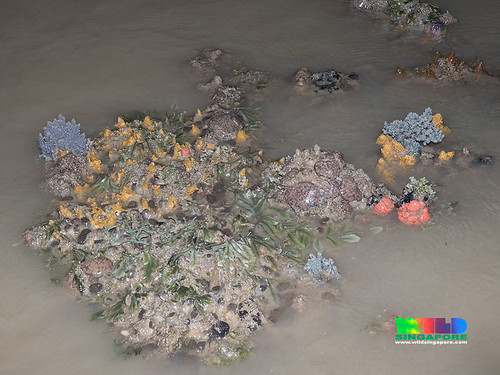 So I was very relieved to see lots of colourful sponges and marine life at Chek Jawa this morning! In fact, Chek Jawa is looking more like it used to before the devastating mass deaths in 2007 which wiped out the sponges and many other animals here. 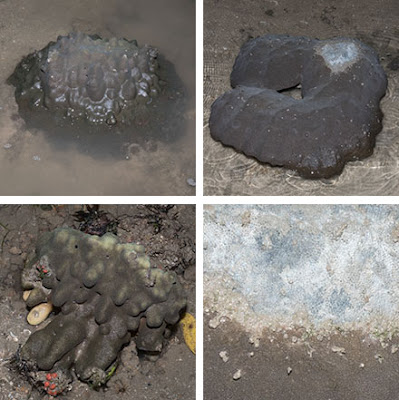 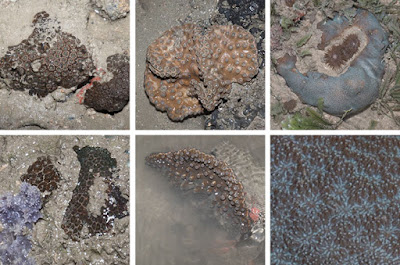 Haddon's carpet anemones were still abundant. Most of them were alright. One or two were pale or yellowish. 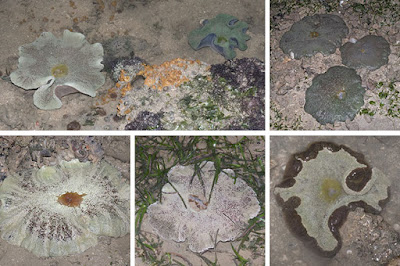 During our last survey in Jul 2016, I noticed more sponges. Today, there were even more colourful sponges growing on the coral rubble area! As well as many different kinds of ascidians and other encrusting animals. 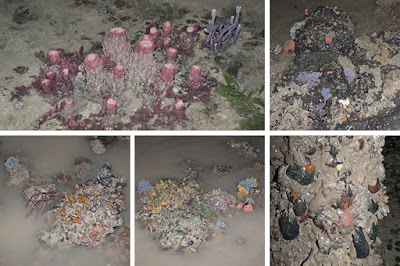 This is what it looks like under the Jetty at House No. 1 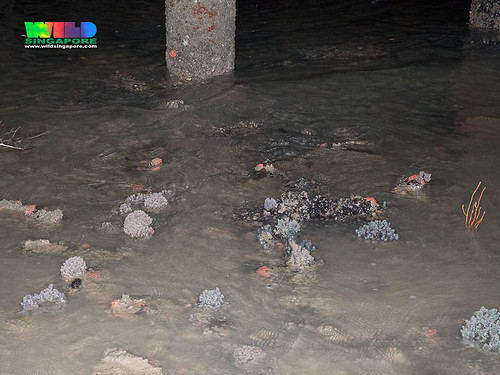 A closer look at some of the sponges seen today. 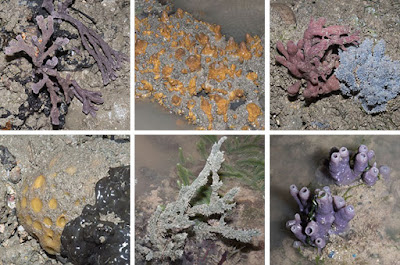 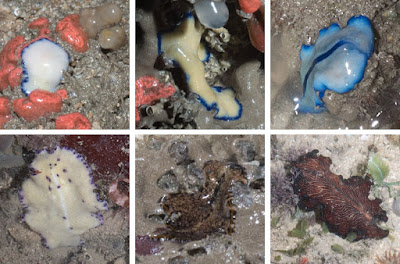 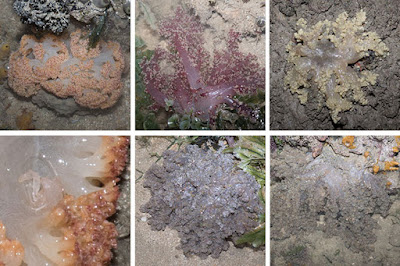 There were also many different kinds of sea fans. The most abundant were Gnarled sea fans. There were a few Candelabra sea fans, one Asparagus sea fan and one Flat branch sea fan. 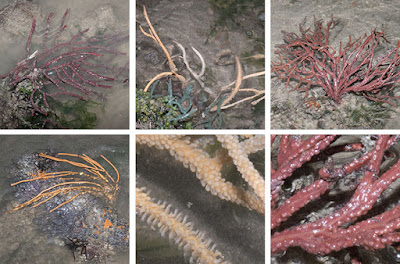 And there were a variety of other cnidarians: Several large bushy clumps of Stinging hydroids, several clumps of Button zoanthids, a few Common cerianthids, and many clusters of Posy anemones. 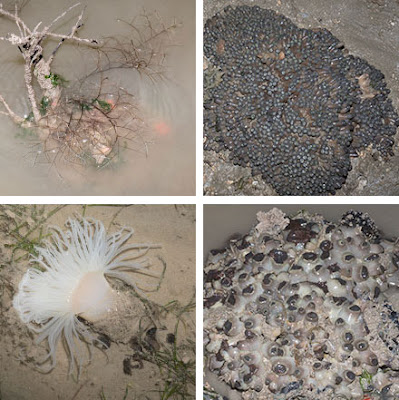 There were also many sea stars! We saw several large wrinkly and probably Grandmother Knobbly sea stars. But also some smaller younger ones. The most abundant sea star were Biscuit sea stars from small to large ones. I saw several Cake sea stars and one Plain sand star. 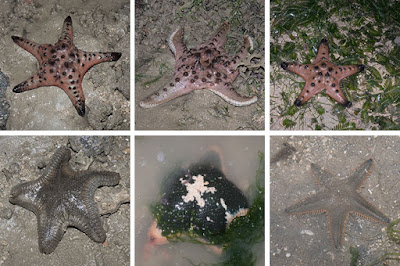 The easiest way to tell apart the Cake sea stars from the Biscuit sea stars is to look at their underside.

The most abundant echinoderm are brittle stars: There were a few large ones in burrows, extending only their arms. Meanwhile, countless tiny ones festooned sea fans and soft corals. 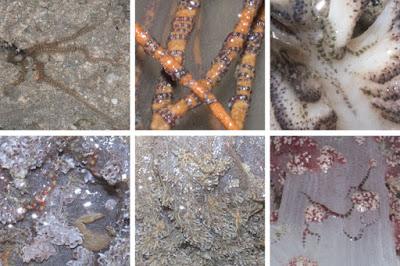 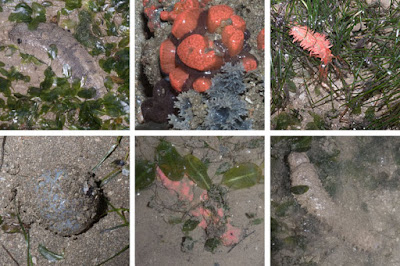 Today we did not come across any nets or traps. Hurray!

Others on this trip: Ivan Kwan, Nicholas Yap.