The first morning tide for 2017! We survey a different Changi shore to check for impacts of the 300-tonne oil spill in the East Johor Strait that landed here three months ago. 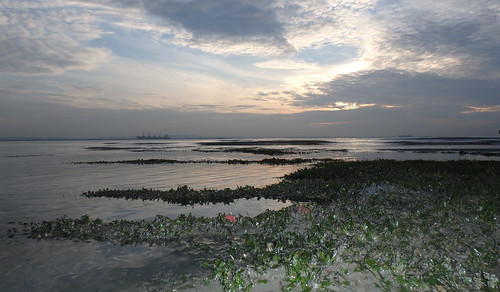 Nick saw 5 otters! But I missed them even though he called out to alert us. There was oil sheen on the shore, but seagrasses were not bleaching.


Here's Nick's video clip of the otters that we missed!

There are lush seagrasses on this shore. There was the usual sprinkling of marine life, but the shore appeared quiet compared to our last visit in Nov 2016. We saw only one Knobbly sea star, some small Biscuit sea stars, some tiny Plain sand stars. And for the first time, some Common sea stars at the mid-water mark. 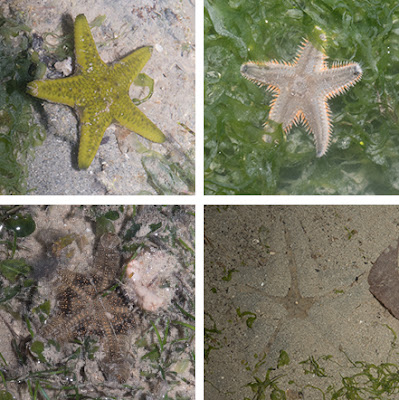 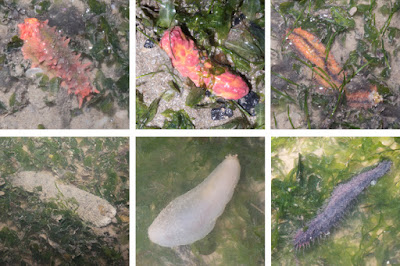 I saw a few Hammer oysters, some tiny to small Window pane shells. 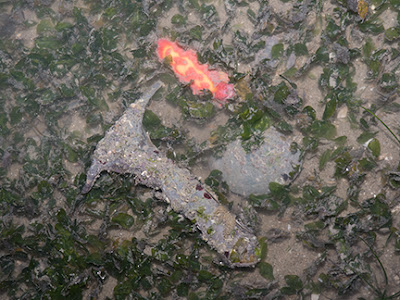 I only saw one Miliaris cowrie and one Waved mitre snail. I didn't see any other large living snails.

Marcus brought back to the water two large Coastal horseshoe crabs that were stranded on the high shore. There were some Orange striped hermit crabs and small flower crabs. We saw a few Peachia anemones and one small Haddon's carpet anemone. I only saw one small Flowery sea pen and one White sea urchin. I saw one large Potato sponge washed up on the shore. I didn't see any fishes. 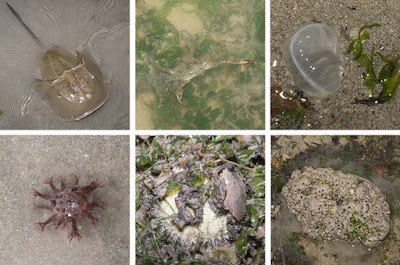 The tide wasn't very low so I couldn't see most of the shore. But what meadows emerged were lush, mainly Spoon seagrass (with large leaf blades) and Needle seagrass. I saw one small cluster of uprooted Fern seagrass. How nice to see a small patch of Smooth ribbon seagrass near the mid-water mark which we first spotted in Aug 2016. Fortunately, I did not see any seagrass bleaching, unlike the bleaching I saw two weeks ago near Changi Point. 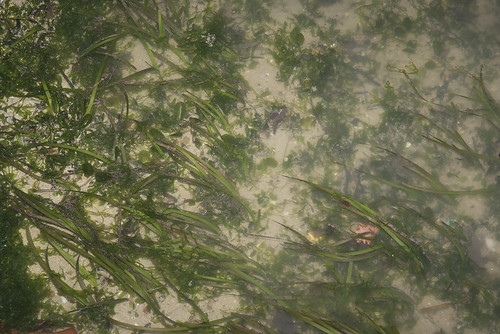 We had a quick look at the artificial seawalls nearby. I noticed a layer of nesting mussels on a small part of the rocks. I hope these are not the invasive mussels that we saw at Kranji two weeks ago.

I heard that oil landed on this part of Changi during the East Johor oil spill three months ago. This morning, we could still see oil sheen on the shore. But I did not see actual brown puddles of oil. 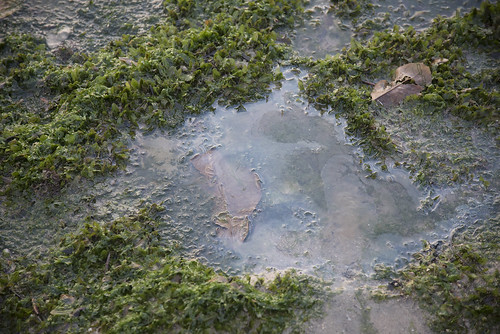 Here's a video clip of the oil sheen along the shoreline. 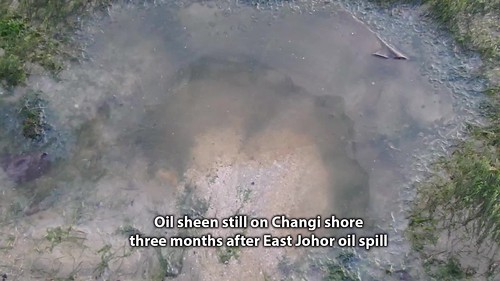 Sadly, large trash lands every day on this shore that is cleaned every day. Most of the trash I saw appeared to come from Singapore fish farms, which are not provided with daily trash collection. There was also a few large clumps of Palm Oil Waste which afflicts much of our north-eastern shores. 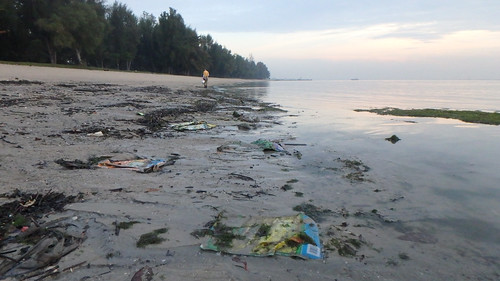 We saw two men on a boat laying a long fishing net off the shore. Hope the otters don't get trapped in it. 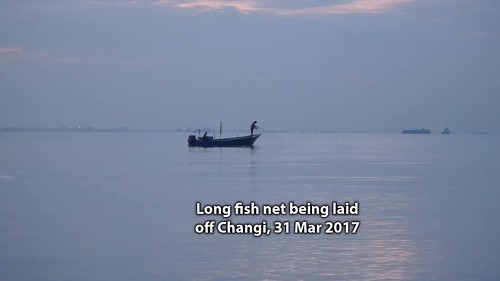 Thanks to new friends from the Nature Photographic Society of Singapore who joined our trip this morning! Thanks to Destine, Robert and Simon for your company and for finding awesome animals. 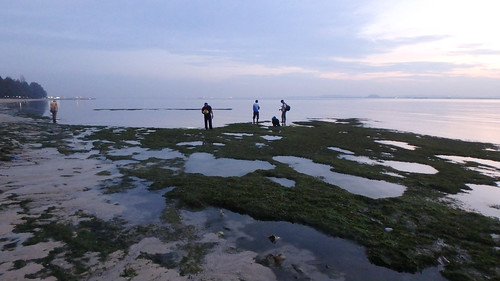 On 1 Apr (Sat), Liz Lim was with TeamSeaGrass for their regular monitoring at Chek Jawa and shared that she did not see any signs of oil spill impact on the seagrasses there.

Posts about the Jan 2017 Johor Strait oil spill
Survey on 10 Feb, one month after the oil spill
Other surveys and news posts