Two anchored cargo ships collided in Singapore waters, sending 10 containers toppling from one ship to another. Another container fell into the sea in the crash.
But no oil pollution or injuries were reported. The accident happened at Eastern Bunkering "A" near the Singapore Anchorage off Changi Naval Base on 30 Sep 2016 at about 6pm.


In addition to the above information, The New Paper reports


A spokesman for the Maritime and Port Authority of Singapore (MPA) told The New Paper: "The Hanjin New York dragged anchor and contacted the bow of a Liberia-registered container ship, MSC Claudia.

TNP understands that there were strong currents when the collision occurred.

It is believed to be the first case of an anchor drag collision off Singapore.

The container that fell into the sea has been retrieved and arrangements are being made to remove the 10 containers from MSC Claudia."

The current location of MSC Claudia, off East Coast Park.
It appears that the Hanjin New York is now alongside at Tanjong Pagar container terminal.

I could not find a report on this accident by MPA on their website.

What shores lie near the accident site. 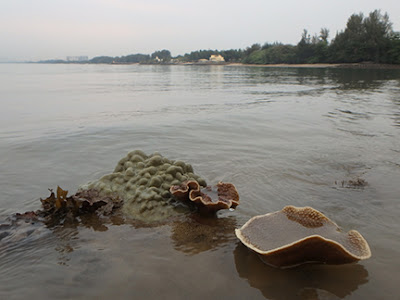 East Coast shores in the area have become more 'seagrassy' recently. We encountered lush meadows in Feb 2016 and July 2016. And living among them, sea stars and other creatures that abound in Singapore's seagrasses. 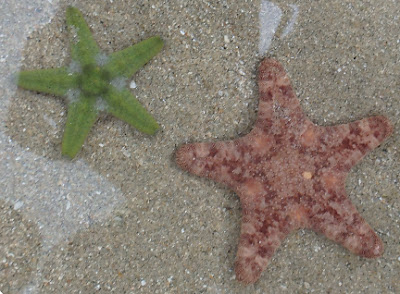 I'm glad these shores were not impacted by the recent accident.