What impacts of massive fire at Jurong Island?

The was a massive fire at an oil tank on Jurong Island at Jurong Aromatics Corporation (JAC) on 20 Apr 2016. It took five hours to put out the fire.
What are the possible impacts on marine life nearby? Here's a closer look at the public information on the fire so far.


More about the fire and responses to it
Based on media articles and SCDF post on facebook.

The cause of the fire remains unclear. SCDF said the blaze involved a storage tank, containing light crude oil, measured about 40 metres in diameter and 20 metres in height. The tank on fire was contained within a bund wall measuring 100m by 150m, and it said the intensity of the fire had caused the tank to fold and buckle.

SCDF deployed about 40 firefighting and rescue vehicles, including a 6,000-gallons-per-minute foam monitor, to control the blaze. Several ground water monitors and fixed drencher systems were also used to cool down two nearby oil tanks. It was raining at the time of the fire.
The last major blaze on Jurong Island took place on May 3, 2007, when an ExxonMobil oil refinery caught fire. Three workers died in the fire, while one was injured.

In 2011, a chemical fire ravaged the Royal Dutch Shell’s refinery on Pulau Bukom, and the SCDF needed 34 hours to extinguish the blaze.

Toxic by products from the fire?
Some workers on Jurong Island said they were able to feel the heat from the blaze even though they were several kilometres away.

The fire and thick plumes of smoke from the JAC complex could also be seen from some western areas, such as Jurong and Tuas.

However, the , was “not toxic in nature”, and that the affected oil tank was contained within a 100m-by-150m bund wall.

But SCDF said the fumes were not toxic and the National Environmental Agency (NEA), which was notified of the blaze at 3.30pm, noted that the ambient air quality readings taken during the fire were within the normal range.

What impact on the surrounding sea?
Fire fighting foam can have toxic impact on marine life. While the chemicals in the fumes from the fire eventually fall back into the sea.

How much foam used on the Jurong fire?

"SCDF brought out its big guns to take on the fire. A monitor that can shoot out 27,000 litres of foam per minute was set up to fight the fire. It is so powerful that it can fill an Olympic-size swimming pool in about one and a half hours.
We used the foam to blanket the fire so as to suffocate it and cut off the oxygen supply," said Lt-Col Chow. "When it comes to oil tank fires, it's better to use foam than water. It's like boiling oil - when you add water, it will actually cause the oil to boil over."

During the Bukom fire in 2011, Shell said they took precautions against any chemicals spilling into the sea. "(We) have deployed booms off Pulau Bukom in the sea to ensure that if in the event, any of this does escape to the sea it will be captured in the booms, and we have boats offshore keeping watch."

But no such action was reported for the JAC fire. 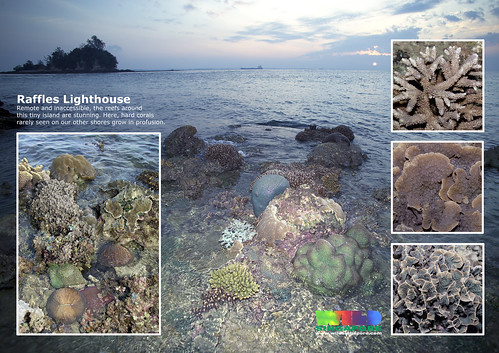 Will the aftermath of the fire affect nearby shores?
We can only hope for the best.
Posted by Ria Tan at 11:14 AM