Yesterday, a small team surveyed Lazarus and Seringat-Kias. These locations are now connected via a causeway bridge to St John's Island. 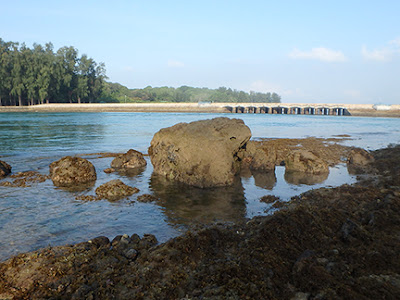 The rocky shore is relatively lively and I saw some seagrasses.


Seringat-Kias was created by reclaiming the submerged reefs of Seringat and Kias and connecting it to the natural Lazarus Island. A causeway bridge joins these with St. John's Island. Here's more about what was done to create Seringat-Kias. 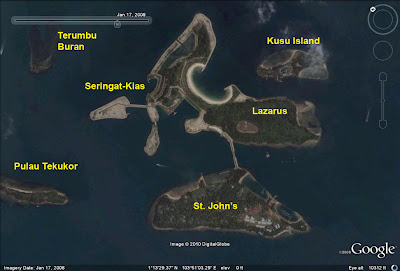 Yesterday, I spent the entire hot morning on the Western side of Lazarus Island, checking out the natural rocky shore and cliffs here. 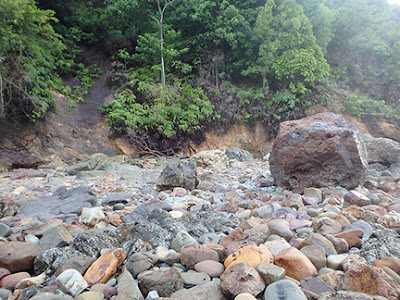 There are several large boulders on the shores which probably rolled off the cliff. Many creatures have settled on these large boulders. 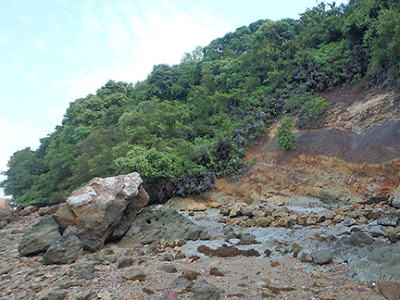 Many rocks were encrusted with limpets and barnacles. Also periwinkle snails of all kinds.
Where pools of water collected on the boulders, there were Banded bead anemones, zoanthids and seaweeds. 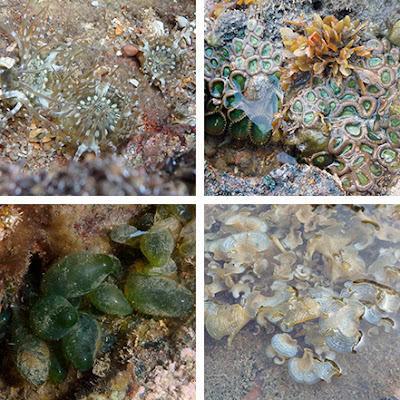 The rock shore has all kinds of snails. Including Drills, Planaxis snails, Top shell snails and Turban snails. 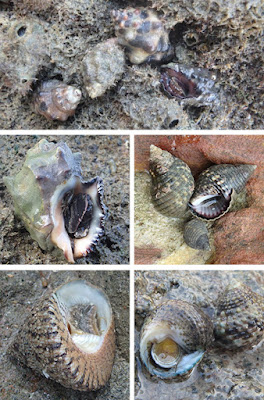 The most abundant snails were Nerite snails. There are many different kinds of Nerites and they are best told apart by looking the underside (and not the colour of the upperside of the shell). This is a Waved nerite. 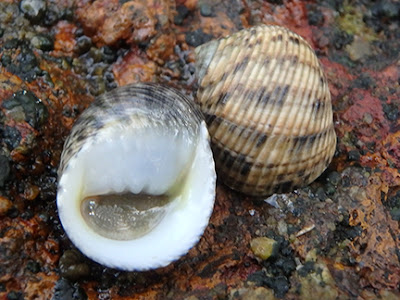 This is the Ox-tongue Nerite with many large pimples on the flat portion of the shell on the underside. This is the Chameleon nerite. 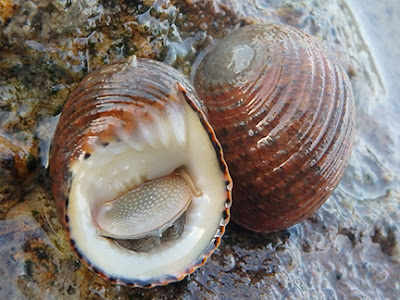 This is the Scaly nerite with orange stains at the shell opening. More about telling apart Nerite snails here. 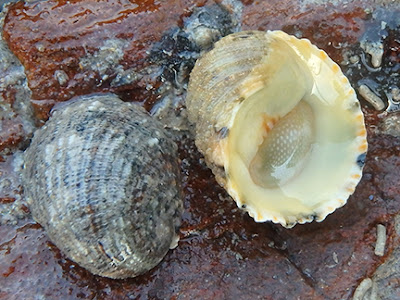 Nerites are quite captivating snails with twirly tentacles. 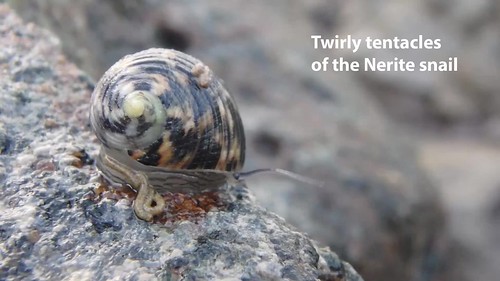 Another creature common on rocky shores are Onch slugs, which are often well camouflaged so watch your step! 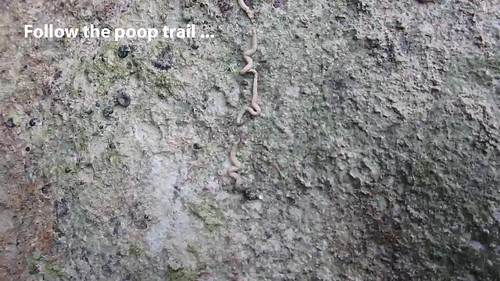 Besides Sargassum seaweed which is still abundant, most of the low shores were barren with only sprinklings of seaweeds and sponges. There were some zoanthids and also several Frilly sea anemones. 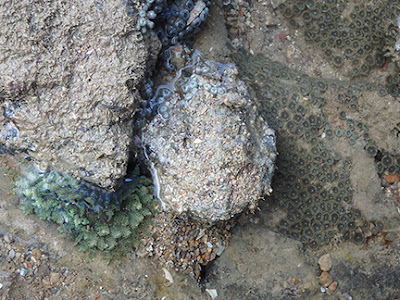 The reef edge appears mostly bare of corals and sponges and I only saw two coral colonies, both were not bleaching. The island opposite is St. John's Island. 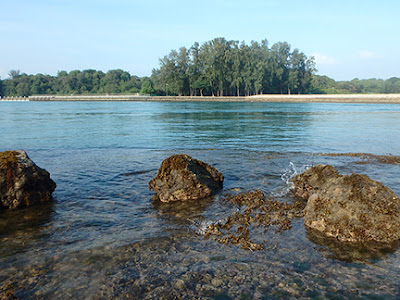 Many parts of the lower rocky shore was covered in thick silt. 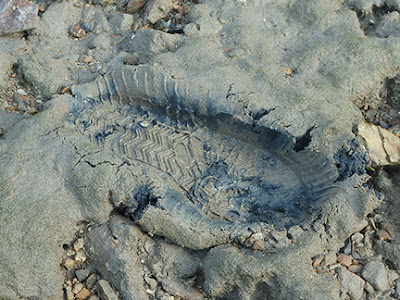 It was nice to see a nice large patch of Spoon seagrasses which were fresh and green. This island is also next to the international shipping lane which is crowded with large vessels. 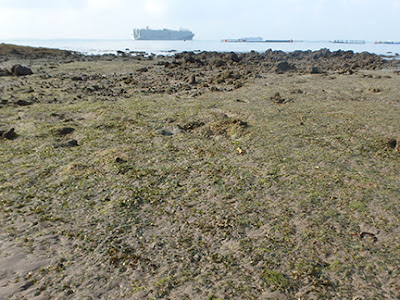 The rocks of the natural cliffs I am sure tell a lovely story, which alas, I am unable to read. Must return with some geographers. A coastal forest grows on these cliffs. 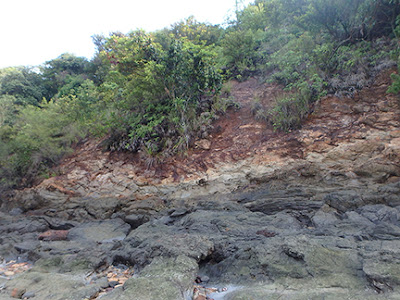 There were many large old Penaga laut trees. Among the special plants I could spot was one Delek air in full bloom and fruit. 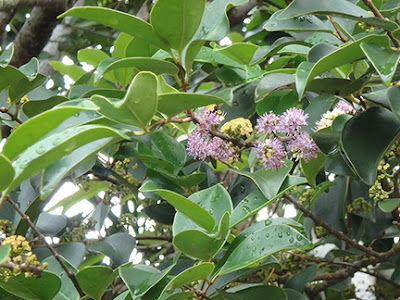 A Perepat tree is also growing on the shore. 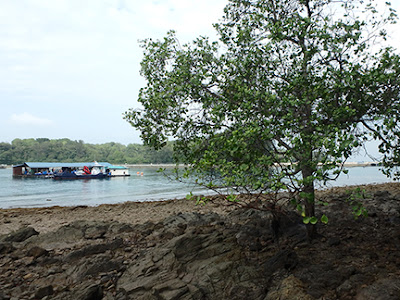 There is a fish farm that lies in the channel between this natural rocky shore of Lazarus and St John's Island.

I understand it's a fish farm operated by AVA as part of their Marine Aquaculture Centre. Like other fish farms in Singapore, it has lots of stuff stacked on floating platforms close to the water. 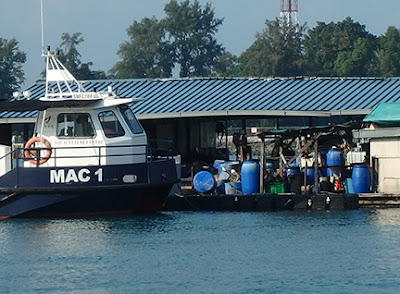 There were a few clumps of large trash on the high shore. Like large wooden beams, large ropes, several tyres. I also saw a black shade cloth and some styrofoam floats. 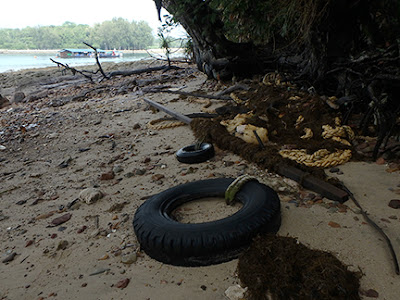 The white thing is a sponge. Also work boots. My last trip to this shore was in Jun 2013 when I saw the fish farm parking its equipment on the shore and stacking wood on trees on the coastal forest. I didn't see these yesterday. 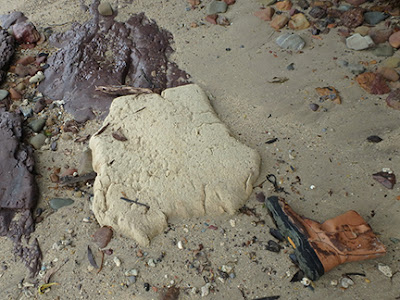 And tucked into the beautiful rocky cliffs... 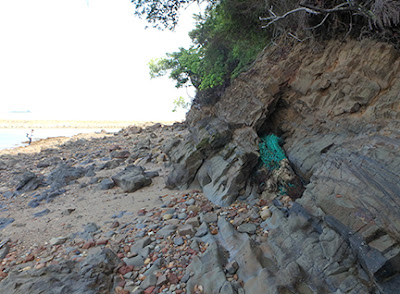 Some fencing. This obviously did not float onto the shore and was deliberately put here. It is some distance from the causeway bridge. Where did the fence come from? 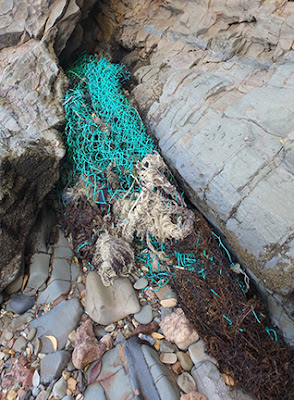 While we were waiting for the boat, I noticed lots of small litter around the shelter. Besides the usual cigarette butts, also many long slender plastic pieces with a knot at the end. These are probably those used by grass cutters. Were they just tossed aside as they cut the grass? 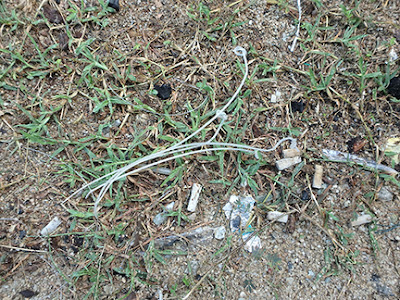 It was hazy when we approached the mainland. 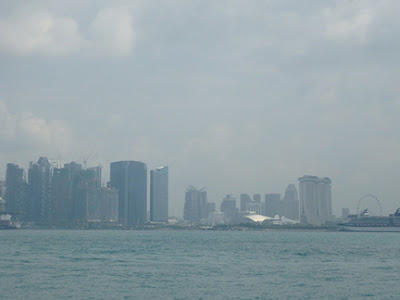 The recent hot weather means not just increased threat of coral bleaching and mass fish deaths, but also haze. I hope our shores will stay safe through these extreme weather conditions.