Punggol mangroves being smothered by clay?

There is a narrow sliver of natural mangroves at Punggol near Punggol Jetty and Coney Island. Today, I noticed a layer of bright orange clay coated the area as far as I could see from the roadside. I've reported this to NEA and NParks. [Update 4 Feb 2016: I got a call this morning from Mr Hoseni who said the matter has been referred to their enforcement unit who will follow up with the people doing the massive construction nearby to ensure this stops. He said the equipment they had on site was unable to cope with the overflow of clayey water. He appreciated the feedback and said we should continue to provide such feedback.]

I expect clay can't be good for mangroves as they may affect the tree roots' ability to absorb nutrients and oxygen? As the clay reaches the shore at Punggol and Coney Island, will it also affect the water quality there? 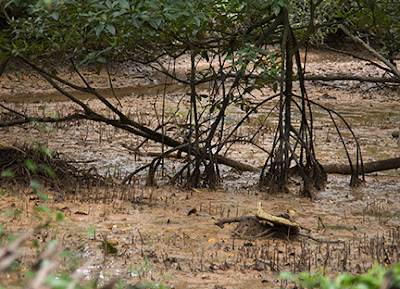 The clay appears to be coming from the drains leading to the mangroves. 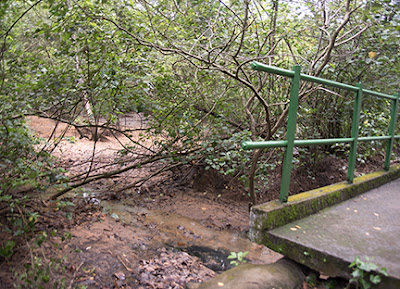 I noticed the mangrovey area to the west of Punggol Road is also covered in clay. 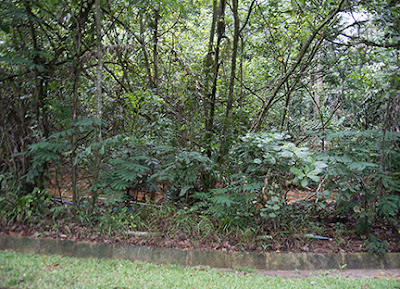 A closer look at the clay on the western side of the road. 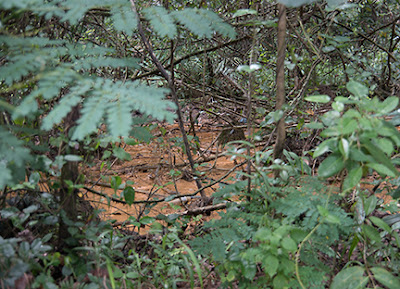 Here's bus stop 65121 which is closest to the mangrove area. There is clearly a bright orange clay trail on the western drain along the road, draining north towards the mangroves. 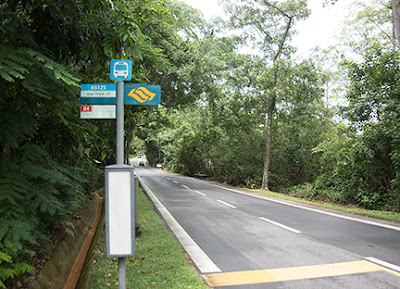 Closer look at the bus stop. 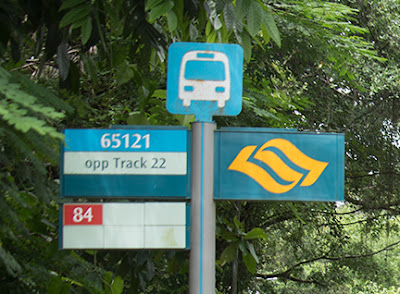 A large area which appears to be bare clay, surrounded by green hoarding lacking any information about what works is going and who is in charge. I thought such signage are required on all work sites? I couldn't get a photo of the works behind the hoarding, but got a glimpse driving down the road. The red arrow marks the point where the bright orange clay trail starts in the western drain. 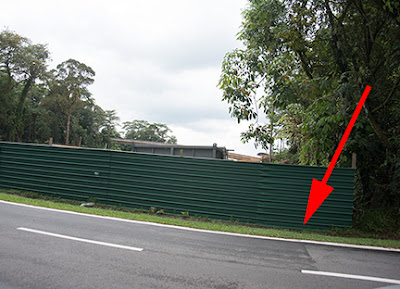 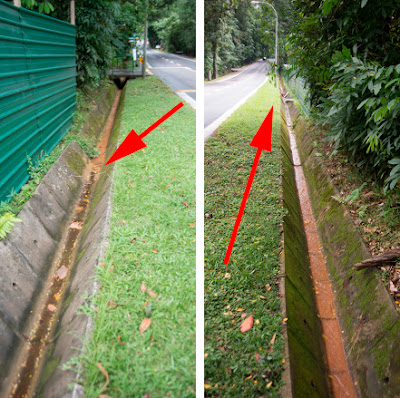 The drain on the eastern side of the road is normal, no bright orange clay. 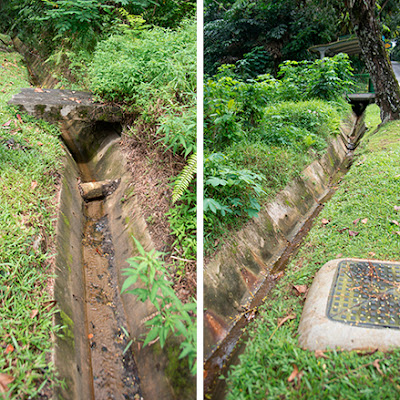 In Aug 2015, I was already worried that plans for the Singapore Institute of Technology (SIT) may affect the Punggol mangroves.
Overlaying the graphic on Google Earth, it appears there will be new roads (blue). The northern road appears to cut close to a tiny sliver of wild mangroves there (yellow dot). I last visited this mangrove patch in Feb 2011. 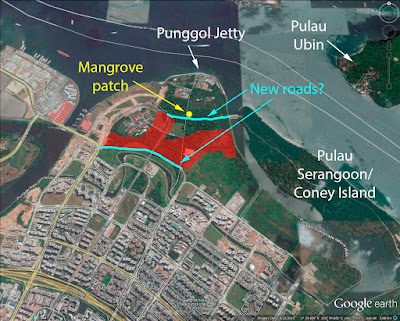 I do hope something will be done soon to stop the clay from smothering the Punggol mangroves.

This is one example of an activity that impacts the quality of water in the Johor Strait. I saw this on my way back from checking up on black water at Punggol Jetty.