Our first survey of Coney Island

The team have our first look at Coney Island's shores during yesterday's low spring tide. There is a sandy stretch just opposite Pulau Ubin that has seagrasses and all kinds of interesting marine life. 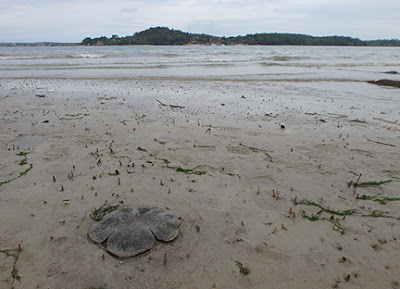 We heard scary stories about sandflies on this shore, so we came fully prepared.


The largest intertidal shore at Coney Island is at Beach A. 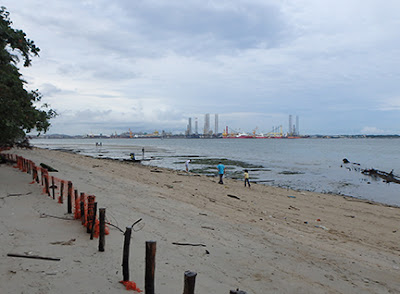 There are some small patches of lush Spoon seagrasses with large leaf blades. They are doing well. Not overwhelmed by ephiphytes and none were bleaching or burnt. 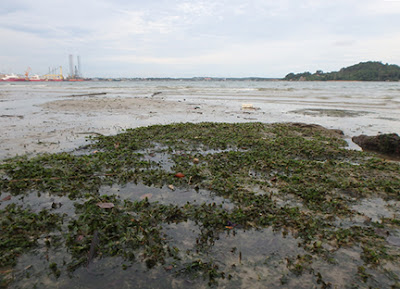 There were also many patches of Hairy spoon seagrass on the seaward edge of the shore. Here's a video of them showing how our seagrasses can cope with rather murky water. 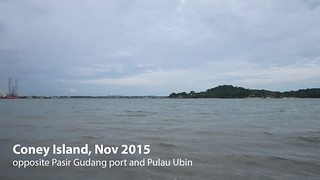 Some colourful ascidians were also growing among and on the seagrasses. The rest of the team also saw a seagrass pipefish. 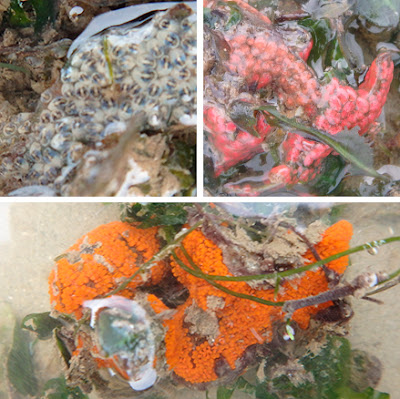 The most common hermit crab we saw was the Tidal hermit crab with banded legs. I also saw many small Swimming crabs in the seaward side, swimming about in the waves. The team also saw Stone crabs. 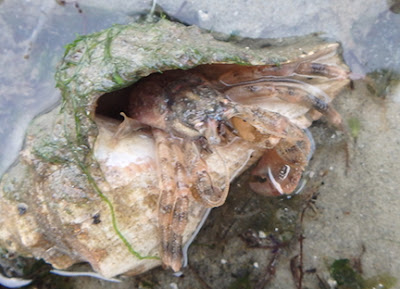 There are lots of tubeworms and Haddon's carpet anemones on this shore. It overlooks Pasir Gudang port in Johor. 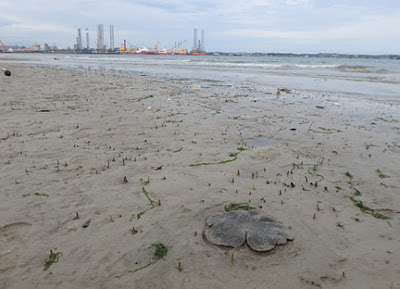 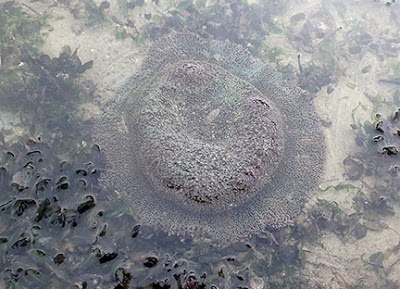 There were a few Striped sand anemones in the sand, and among the seagrasses, some Swimming anemones.

On the sandy shore, there were many Bazillion snails and most of them were carrying at least one, some two, tiny Snail hitching anemones. These anemones were also found on Olive whelk snails and shells occupied by tiny hermit crabs. 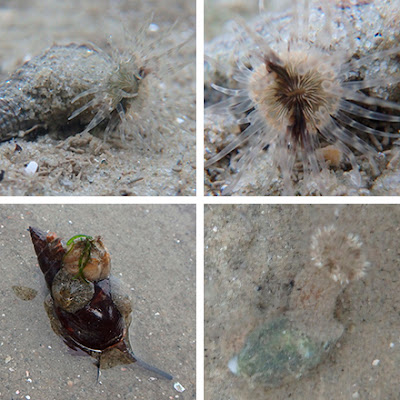 The skeleton of a Thick-edged sand dollar which we rarely see alive. 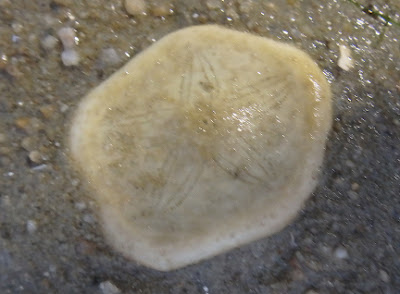 We saw a few Sea pencils, several Tiger moon snails, and a few Cerianthids. Other snails seen include live Gong-gong. 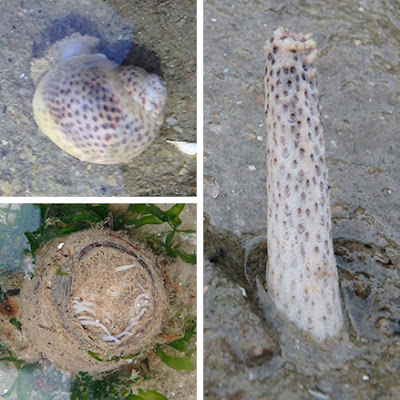 On hard surfaces, a few clumps of colourful sponges.

There were also a few Spiral melongena snails and their egg cases. 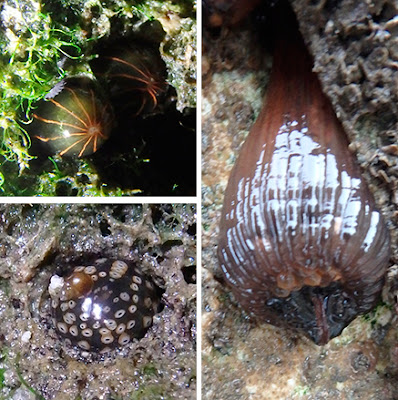 Scrambling on the tree were tiny Purple climber crabs. There were also little Periwinkle snails and lots of Acorn barnacles. 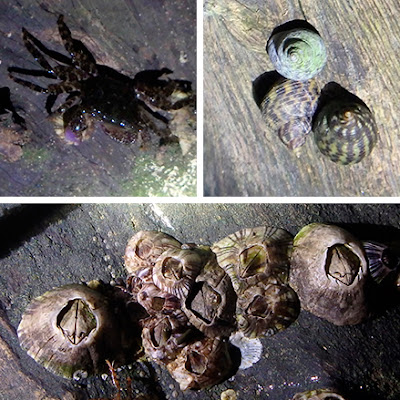 There were various Drill snails on the shore.

There were also limpets and their egg masses.

Some 'missing animals' that we expected to see included Sand bubbler crabs and fiddler crabs. This shore is near the rocky Punggol shore at Punggol Jetty. Here's what I saw there on my last trip in May 2015.

People do need some reminders on how to interact safely with nature. 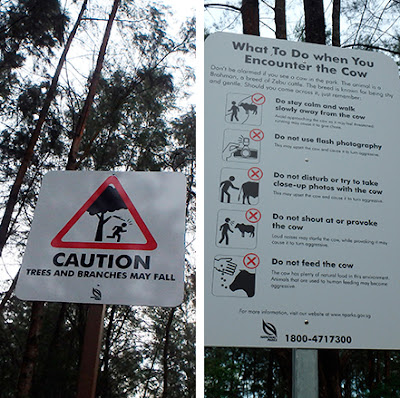 Sadly, some people can't seem to appreciate nature without defacing it. Many people cycling through the park also had their music on full blast.

Sigh, even this tiny shore has a fish trap and lots and lots of abandoned nets. There wasn't a heavy load of litter on the shore. Possibly because it is cleaned? 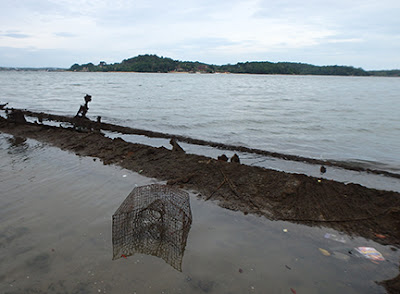 Along the way, I had a peek at the seaward side of the tiny sliver of natural mangroves that remains at Punggol. Which may be affected by plans for massive development in the area. Something to explore another day. 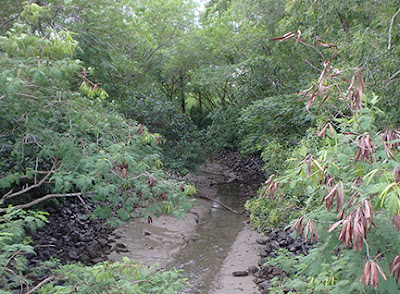 On our trip, we met a group of students studying horseshoe crabs (they found a pair of mating Coastal horseshoe crabs), a team from NParks monitoring public use of the shoreline and some small family groups have a peek at the shores. 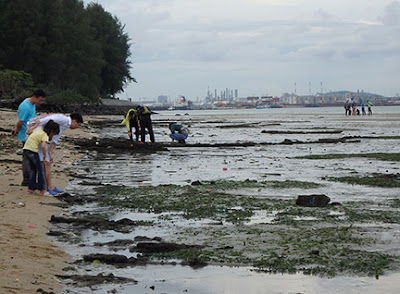 As the sunset and the sandflies started to swarm, we left the shore. 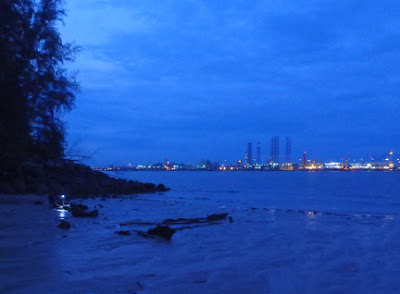 So far, it appears our precautions have worked and none of the team report being bitten by sandflies. More about sandflies in this ancient post which recently got a flurry of comments from people who suffered from them at Coney Island.