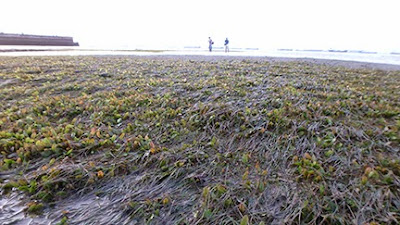 Which of course meant sightings of lots of interesting marine life that need seagrasses!


We first saw these seagrass patches in Jun 2013. The seagrass meadows appear to be have grown more lush and covered more of the bay. 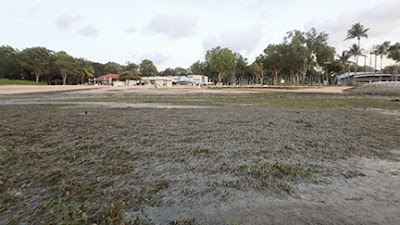 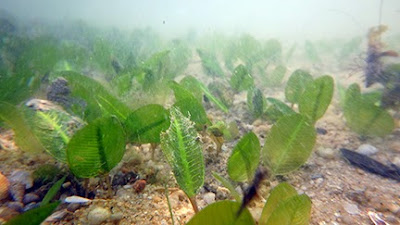 And Needle seagrass, most had narrow skinny leaf blades while there were some patches with broader leaf blades. 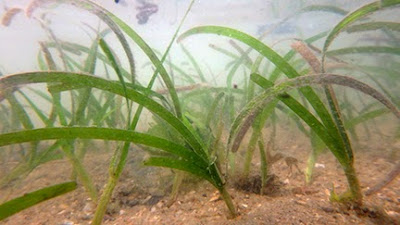 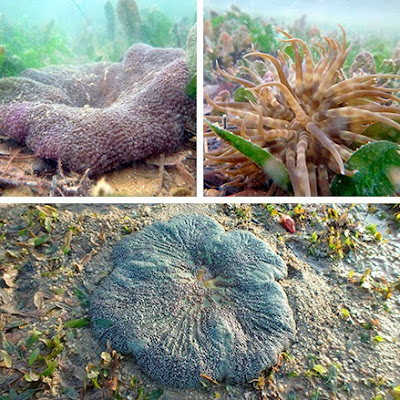 One of the Haddon's anemones had one anemone shrimp. I couldn't find its partner. 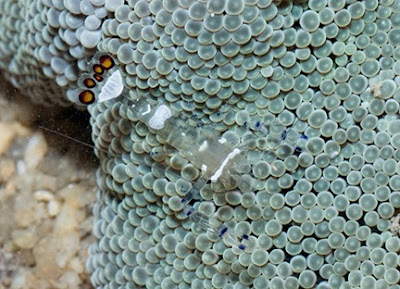 I saw a few White sea urchins, as usually, 'carrying' debris so they are a bit hard to spot. There were a lots of Striped hermit crabs, a few swimming crabs and some Fan clams and Window pane shells. 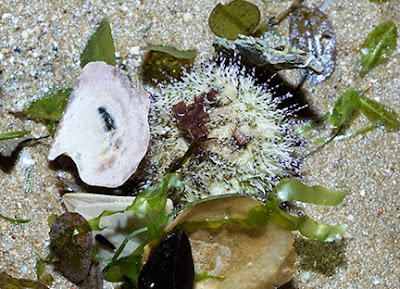 I also saw a few Cerianthids. But no sea fans. I also didn't see some of the cool echinoderms and snails that we saw in Jun 2013. 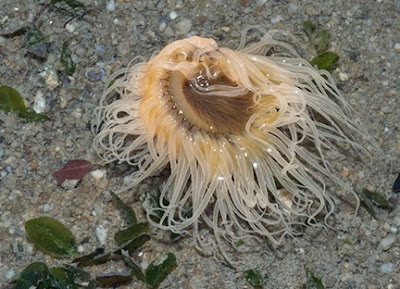 There are also sand bars and sand patches. Here, there were quite a few tiny to small Cake sand dollars. As well as some small Olive snails. 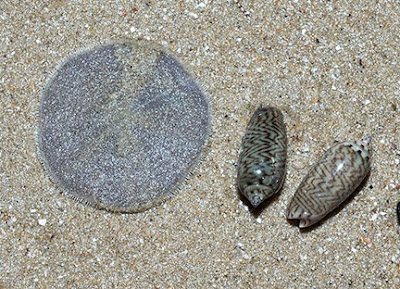 There were a few Moon snails of various kinds, and many sand collars, which are the egg mass created by Mama Moon snails. On the large sand bar in front of the canal, there were many Peanut worms burrowing horizontally just beneath the sand surface. 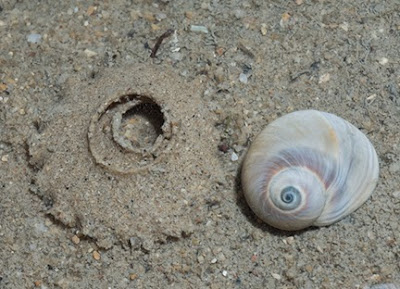 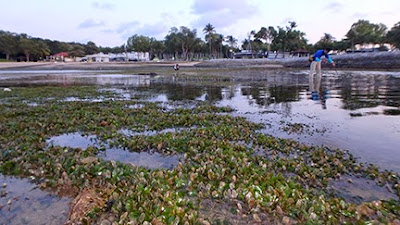 Alas, as usual, there is a litter line at the low water mark. Mostly single-use water cups, some aluminium cans, and lots of golf balls. Near the seawall, also lots of beer bottles. 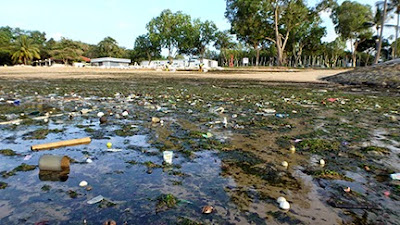 Trash like this plastic bag may resemble jellyfish or other marine life. When sea turtles and other marine animals eat plastic bags, they will get hurt and may die a slow and painful death. 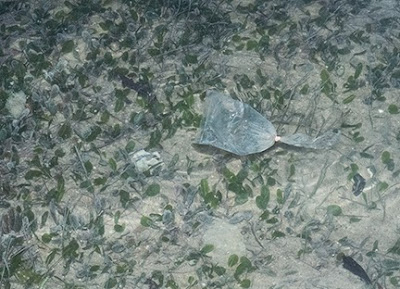 Let's hope this shore and all the animals that live here stay safe until we check up on it again next year.