I've been checking our northwest hores every day from the last 5 days (since 11 Mar). I continue to see small numbers of large dead fishes: mostly market-sized farmed mullet, and some tamban and tilapia. 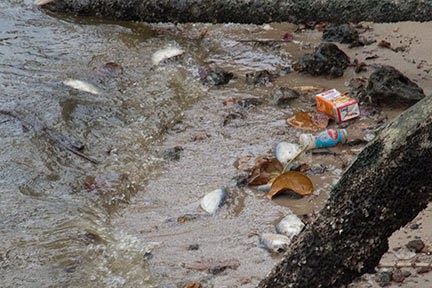 Is the risk of plankton bloom in the West Johor Strait over?

At the Sungei Buloh Wetland Reserve Extension, I saw about 10-20 dead tamban every day. 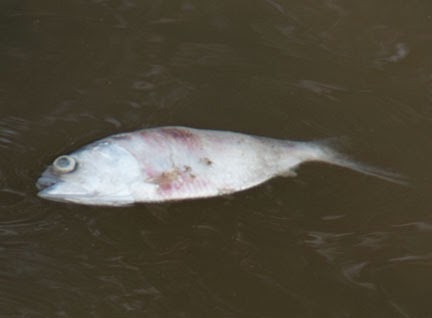 Those I saw today were in a more decomposed state, so perhaps no new deaths? 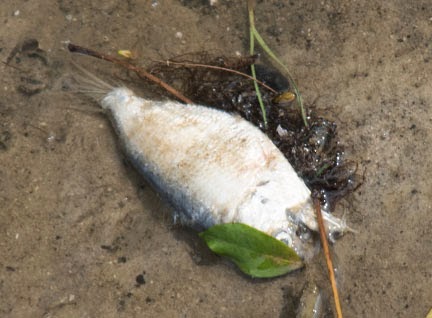 Also about 5 of these fishes every day. Tilapia or a relative? 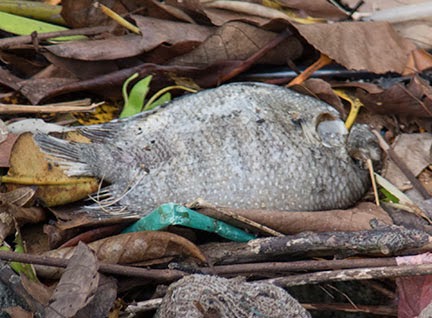 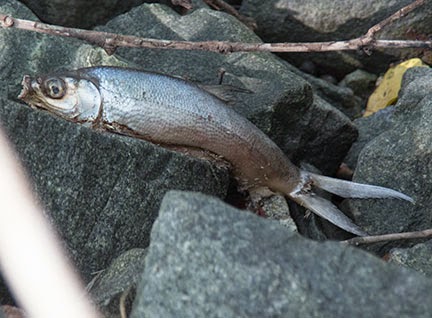 Another mullet that looks freshly dead from a farm. 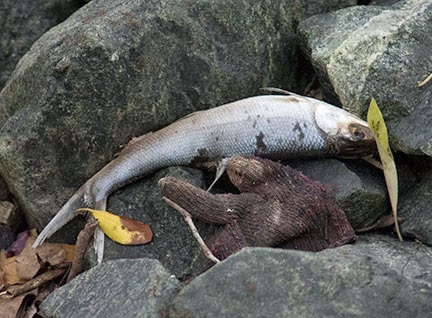 One Spotted sickle fish with two dead fishes that look like Tilapias or their relatives the Green chromides. 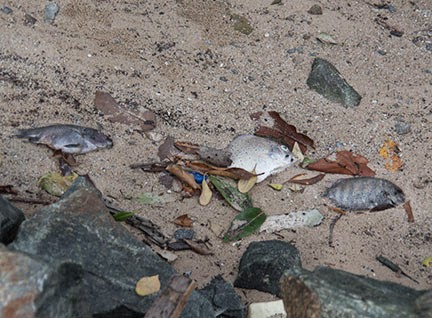 A closer look at the Spotted sicklefish, looks rather freshly dead. 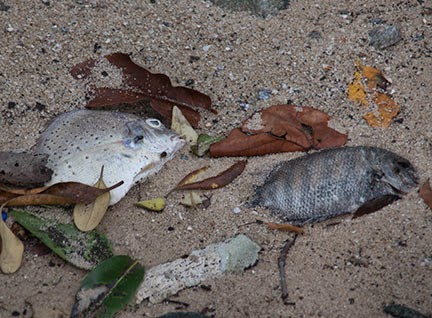 At Lim Chu Kang Jetty, it is still all clean and clear of trash. But probably not for long as the single Coke can suggests. I notice Jetty users simply litter on the shore, dropping plastic wrappers, bags and other trash where they stand. 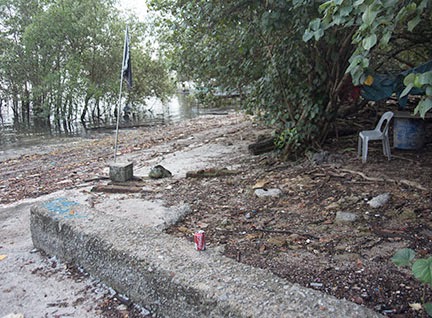 What is the floating white powder? Just dumped off the jetty? 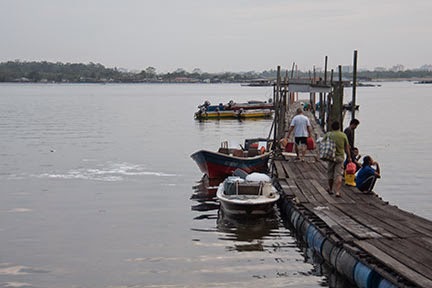 Out of sight of the Jetty (but still not out of smell), the trash and dead fish still accumulated. Though dead fish not in large numbers. Somehow, the sight of the dumped refrigerator annoys me the most. 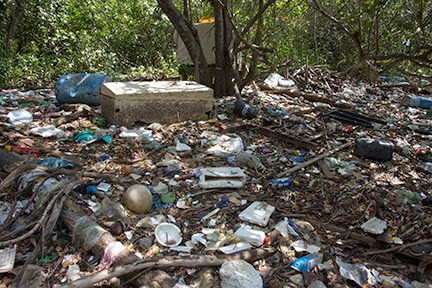 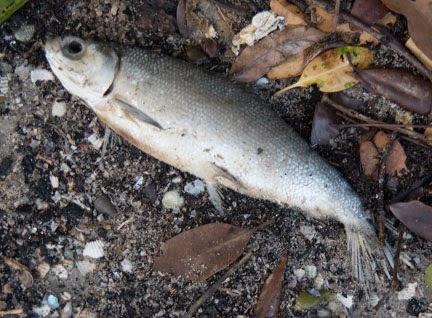 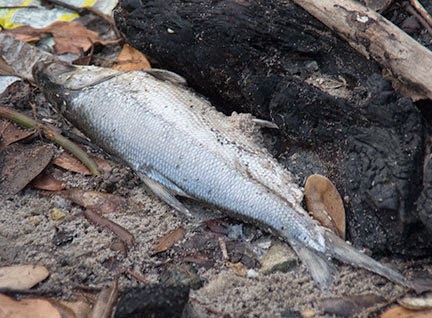 This one was already decomposing. 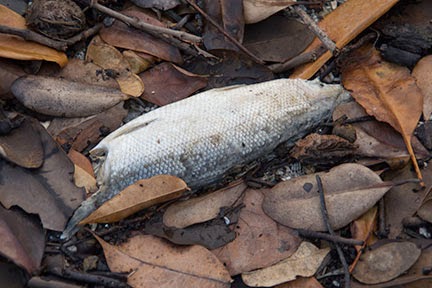 Also a handful of dead Tamban. 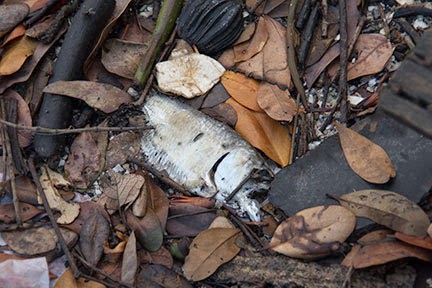 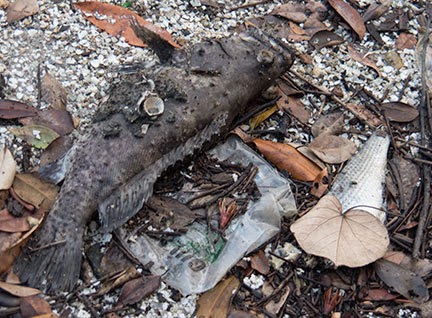 A Tilapia, probably dead for some time. 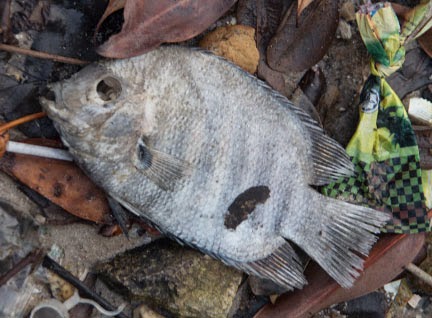 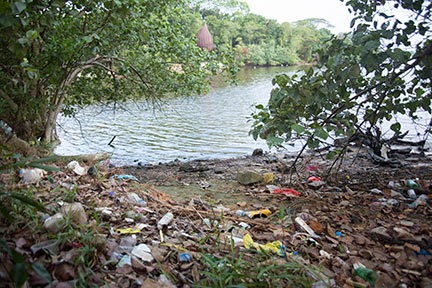 I saw a few farm-sized mullet, most were decomposing. 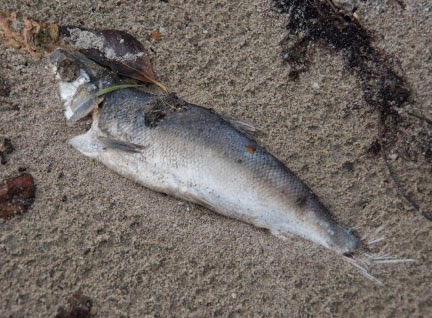 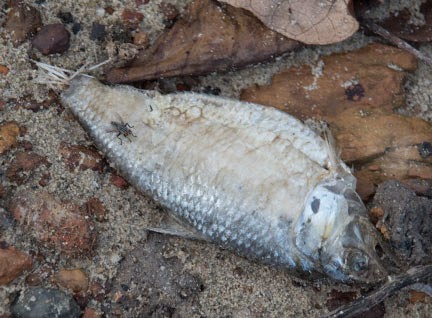 The trash at Kranji Reservoir Park is still there and will continue to build up until it is cleared up. 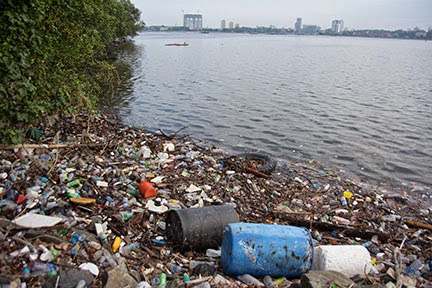 Near the trash, I saw a mass of worms. It appears that some of them were swimming, but not rapidly. Were they dead and moving in the waves? 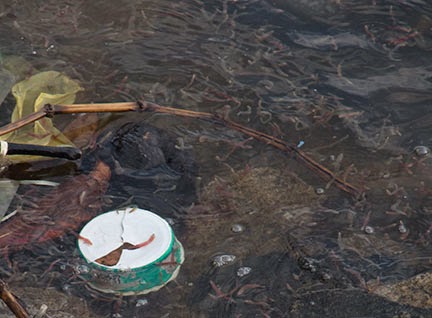 Here's a video clip of the worms.
A closer look at the worms. Bristle worms? Bits of bristle worms? Mating bits that broke off? So much more to find out. 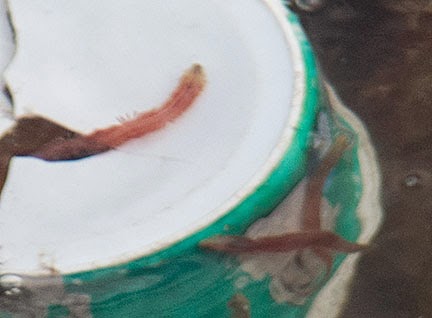 Masses of dead worms is never a good sign. [Update 16 Mar: Thanks to Rene Ong who shared this: "I think you have witnessed the spawning of Nereidids (Family Nereididae). They are called epitoky at this stage. They will swim to the surface, release the eggs and sperms, and die.... So there's probably be millions of babies Nereidids swimming around now.... So no cause for concern."

On a positive note, Dan Friess shared that he was at mandai mangrove on Tuesday (10 Mar) and didn't see or smell any dead fish. in fact, there were lots of horeshoe crabs, small fish etc, moving around.

Is the threat of a plankton bloom over?

A Straits Times article reported that "Experts say the most accurate way to find out if plankton levels are normal is a water quality test. said it is tempting to regard the lack of new deaths as an indication that the water is now safe, but he cautioned: "Nobody can say for sure without specific monitoring."

There are a great many activities going on in Singapore that can affect the marine ecosystems in the West Johor Strait. Here is just a few.
There are large barges and cranes on the water on the west of the Kranji Dam. Probably part of the work to construct the fence that will ring Mandai and Kranji? Along the Kranji shoreline, there are also heavy industries with large cranes and other equipment. 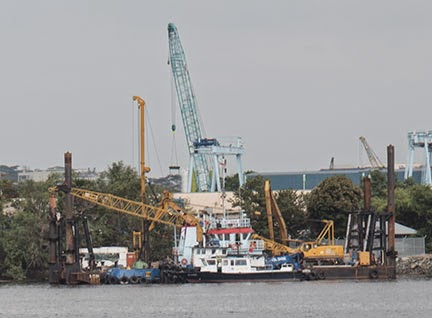 The sluice gates of the Kranji Reservoir. How are they operated? How do they impact the marine ecosystem in the Johor Strait? 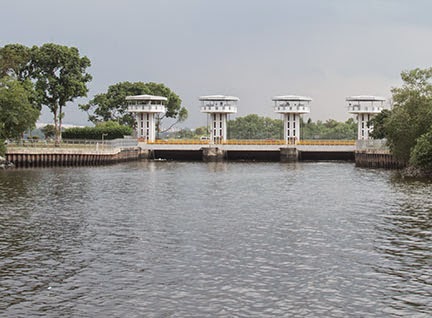 There is a great deal more that need to be studied and learned. We also need a more integrated approach to managing our mangroves and marine ecosystems. These provide good water quality which is good for food fish and good for people! Thanks to a wise woman for the quote!

Thanks to everyone who shared sightings. Please continue to share them!


You CAN make a difference: Dead Fish Alert!

There are too many shores for me to personally check, so I really appreciate any info or photos that you can share.
Posted by Ria Tan at 8:05 PM