Buy 4-D! We saw a special snake during the free guided tour of the Pasir Ris mangrove boardwalk yesterday by the Naked Hermit Crabs. 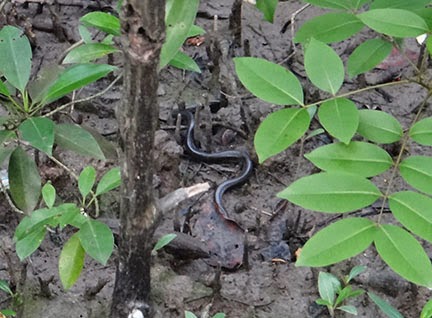 It was Doreen, one of the visitors, who spotted this Crab eating snake! I last saw this snake about two years ago during a walk much later at night!


Here we are all excited about the snake! 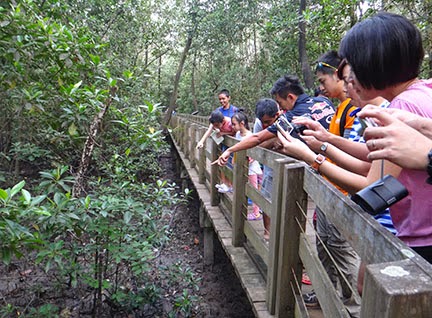 Before we started our walk, Sankar gets good tips from a pro dad about his special camera binoculars. 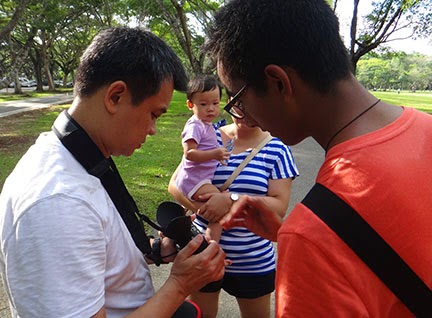 The binos also have a macro function but a bit tricky to use. 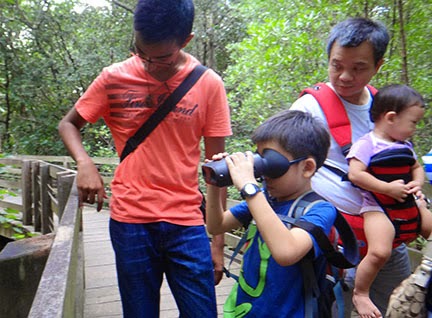 As usual, it's the visitors who find all the cool stuff. Lots of Tree-climbing crabs, little mudskippers, dragonflies, spiders. 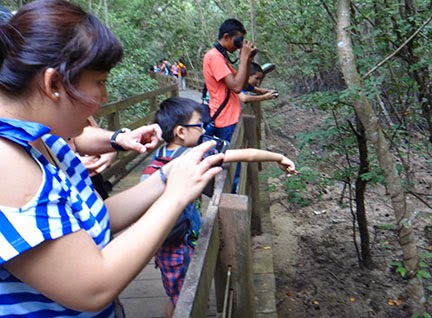 These two young ladies became fast friends during the walk. Here they are having fun with fire ants crawling all the over the railings. Which is why we need to look carefully before we lean on them. We also saw a Cotton stainer bug on the railing. 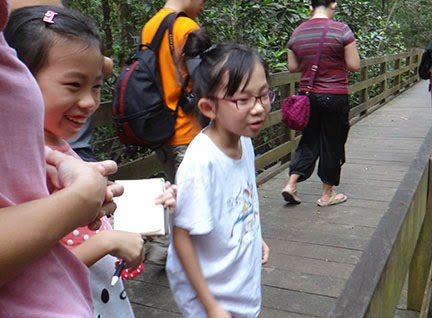 Sean, our bug expert, not only shares about the bugs we meet, but also shows us great photos of others like these fireflies seen at Pasir Ris at night. 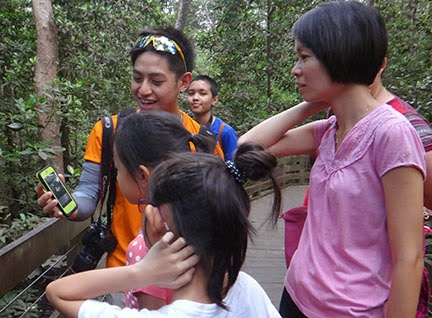 Oh my! Giant mudskippers! We also lots of Rodong snails that look like large ice-cream cones. And zipping through the trees, a squirrel. 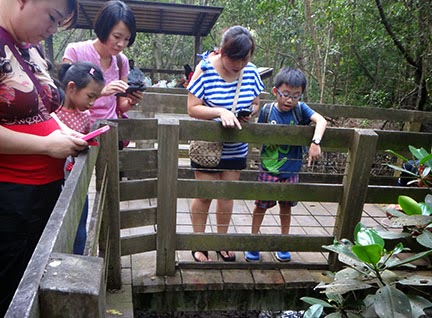 Pei Yan points out a well camouflaged cicada with her torch as the sun starts to set. 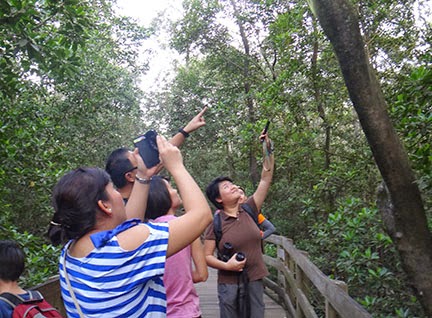 The jetty over Sungei Tampines is blocked off. But we still could look around to see archerfishes, halfbeaks and two monitor lizards! One was hiding in the 'famous' tree  hole where we saw another lizard squeeze last year: more on Pei Yan's blog post. Flying overhead we saw several large herons and egrets, as well as a kingfisher. 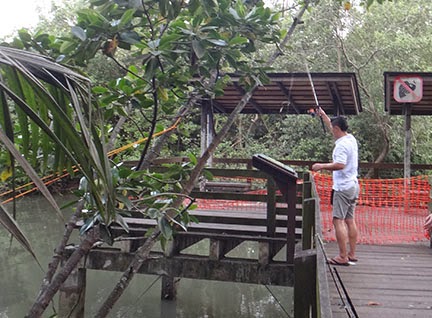 This man was fishing right in front of the large "No Fishing" sign. I explained quietly that fishing wasn't allowed here as I was leaving. 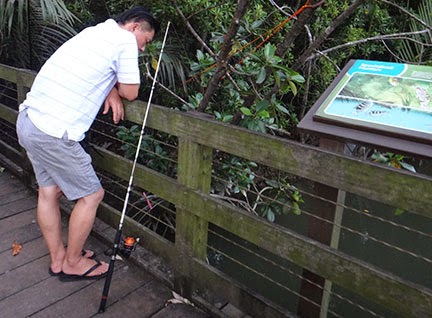 This stretch of Pasir Ris is severely impacted by irresponsible fishing, including many abandoned fishing lines. These lines can entangle birds and other wildlife, leaving them to die a slow and painful death. The Bird Ecology Study Group blog has this example. Here's more.
Since we couldn't do the drawing session at the jetty, we headed out for the tower at Pasir Ris. 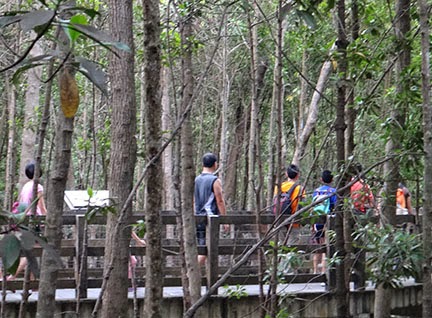 Along the way, the young ladies found a bagworm! 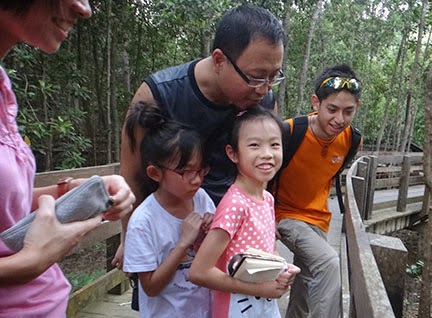 Dad shows baby how an ant wouldn't hurt us if we don't hurt it. The ant will in fact try to avoid us. 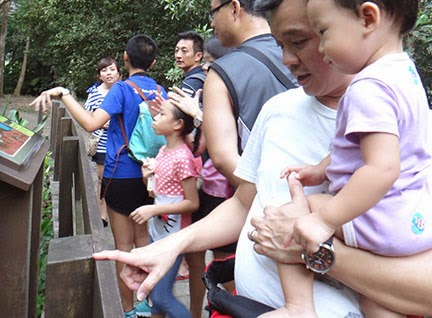 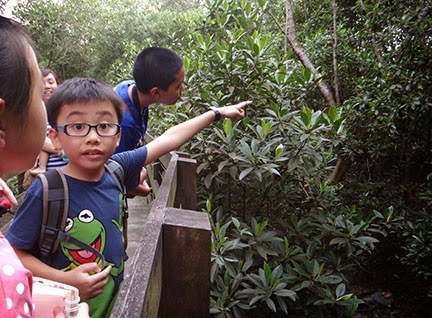 It was very well camouflaged, resting on a tree branch! Bravo! 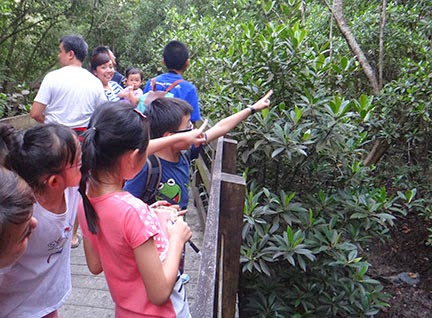 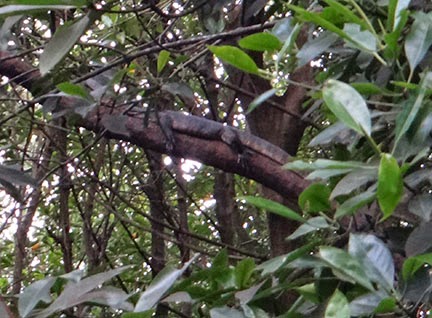 We climb up to the top of the tower, and had a look at the tree tops. 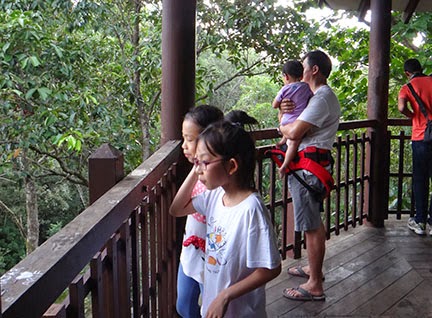 The drawing session had to happen on the park bench. But this didn't stop the kids from sharing their awesome creativity. Here's Joshua with his favourite finds of the day! Thank you! 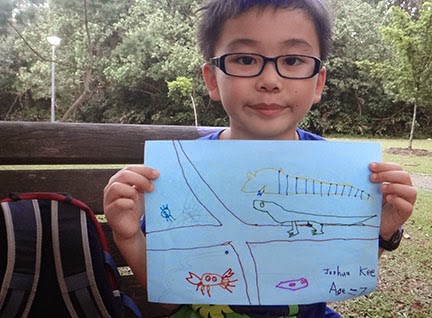 As we were resting during the drawing session, Doreen spotted four Oriental pied hornbills settling right in front of us! 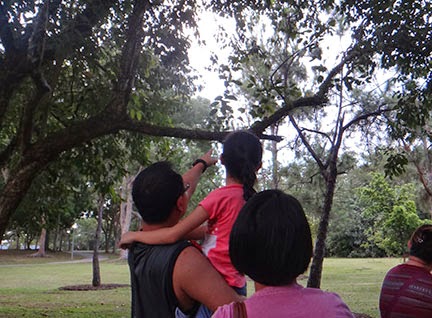 Here's Sankar's photo of one of the hornbills.
We also saw some Long tailed macaques. Here's Pei Yan's photo of one of them.
As the sun set and it started to get dark, we had to say goodbye. Sumita takes photos of the young ladies and their art work before we parted ways. Thanks to Sumita for organising the walk, and Pei Yan, Sean and Sankar for guiding, and all the visitors for making it such an enjoyable walk. 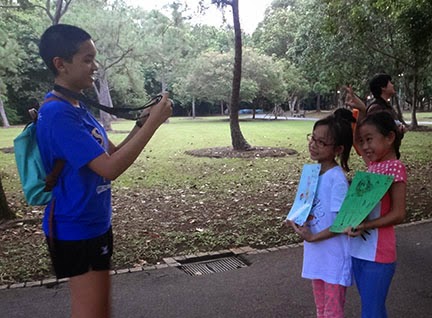 After the guides had a nice dinner, Sumita, Sean and Sankar together with other friends went back to the mangroves to explore it in the dark. And they spotted a young civet cat! Wow! Here's Sankar's video of their magical encounter.


Post by Sankar Ananthanarayanan.
The  Pasir Ris mangroves are just 10 minutes from Pasir Ris MRT and just next to DownTown East. It has educational and interesting panels so you can explore it on your own. It is the only mangrove boardwalk that is open 24/7. A night trip to here can be quite amazing. 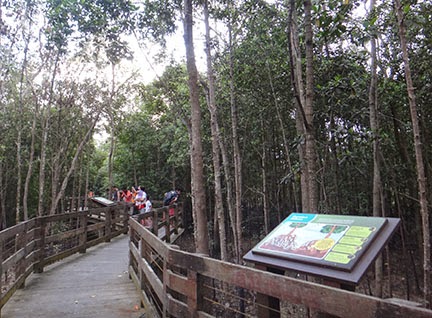 Come join the Naked Hermit Crabs for our next free guided evening walk at the Pasir Ris mangrove boardwalk on 6 Sep (Sat) during the school holidays! Register online here.
Posted by Ria Tan at 1:43 PM