Pulau Hantu lies just opposite the petrochemical plants on Pulau Bukom, which are all lit up at night. Despite this, Pulau Hantu's shores are alive with all kinds of interesting marine life, and is a great destination for divers as well as intertidal explorers. 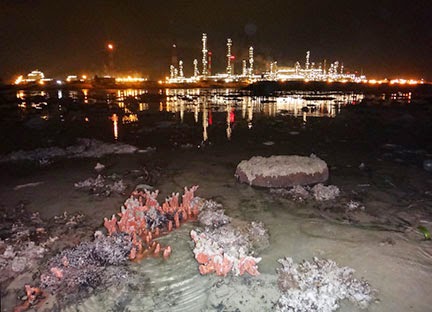 We are here to check up on coral bleaching on this shore, and the Drone Commander has a special plan to create a happy National Day selfie of the team!


Many special animals on our reefs are well camouflaged. Can you spot the Fluted giant clam in this photo? I would have missed it if Kok Sheng did not point it out, right in front of me! 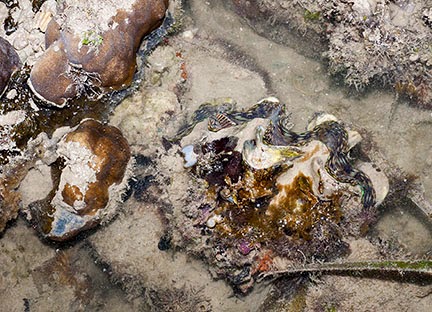 There's a Reef octopus in this photo, attempting to blend in with the colourful corals and encrusted rocks surrounding it. 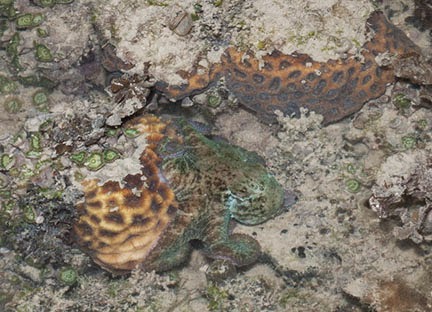 Often overlooked as seaweed, this is a large Black spotted flatworm. I saw a lot of them today. Kok Sheng found a special flatworm. 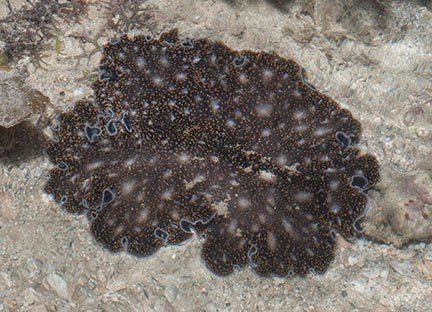 Some hidden animals can hurt us if we disturb or step on them. Like this Blue-spotted fantail ray. 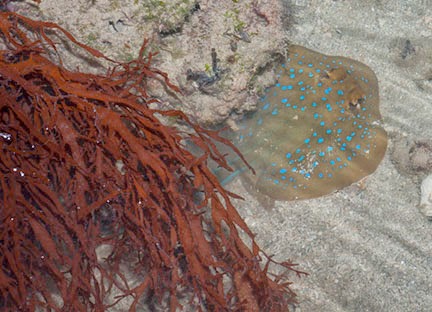 Pulau Hantu often provides fishy surprises. My encounter was with this seldom seen Strapweed filefish. But Kok Sheng saw a very special fish, while the rest also had other exciting fish encounters. 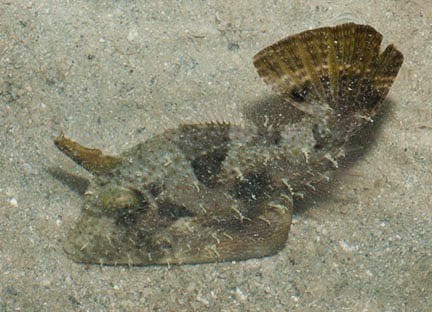 This is the first time I've seen the White-rumped sea cucumber 'feeding' with its 'mouth' extended. Behind, from its butt, a string of poop. There were also many Common sea stars in both lagoons that I explored. 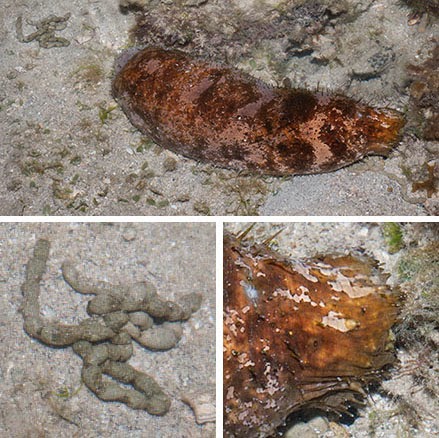 We continue to look out for coral bleaching. (What is coral bleaching and why this is of concern on the Bleach Watch Singapore blog.) I was relieved to see that corals susceptible to bleaching were alright today. Such as Cauliflower corals and Crinkled sandpaper coral.

There were small colonies of Montipora coral and  Acropora coral that were alright.

All the large Pore corals I saw were not bleaching.

As usual, most corals on the shore were Favid corals. 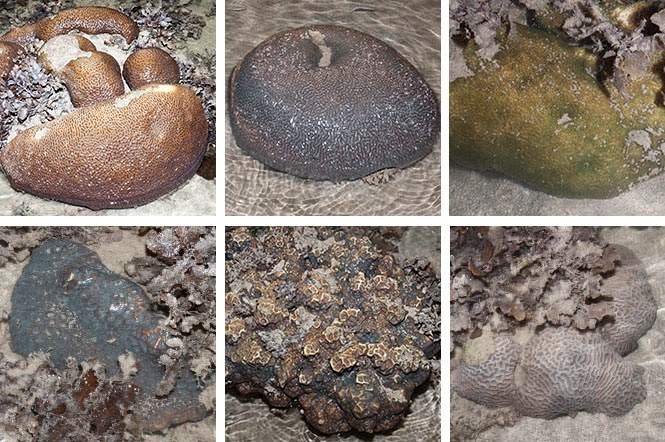 Some of the corals were partially bleaching. Most of them were Favid corals. 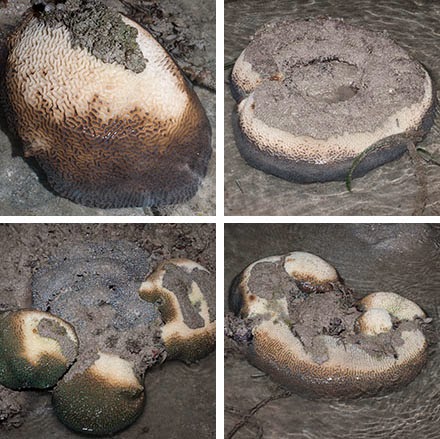 I saw a few Leathery soft corals and they were all not bleaching.

I saw one Magnificent anemone, one Wiggly reef anemone, and one Giant carpet anemone with a pair of anemone shrimps. I didn't see any 'Nemos' today. 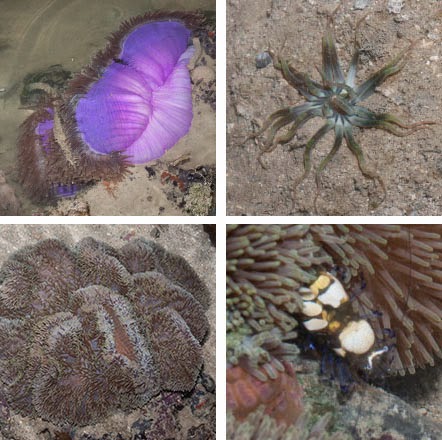 I also had a quick look at the mangrove trees that have settled naturally on the artificial seawall at Pulau Hantu!. The Vulnerable Tengah putih is flowering profusely and producing lots of propagules. Alas, it seems many of the propagules have started growing right under the mother tree. This is not very good for both the young trees and the mother tree. 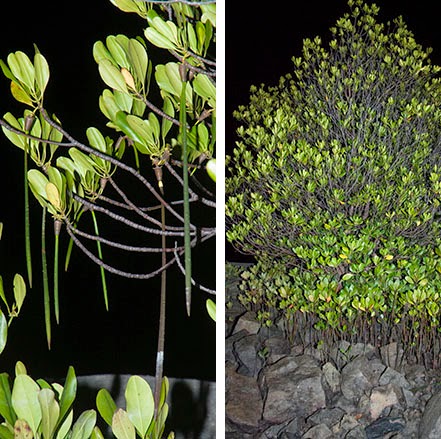 There were also many Bakau pasir (listed as Vulnerable) and some Bakau kurap. They were blooming and producing lots of propagules too. 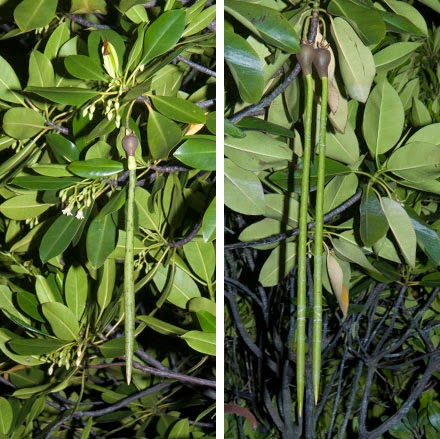 The Perepat were flowering, as well as the Tengah putih. I also came across a small bush of Chengam. There were also lots of Sea lettuce. 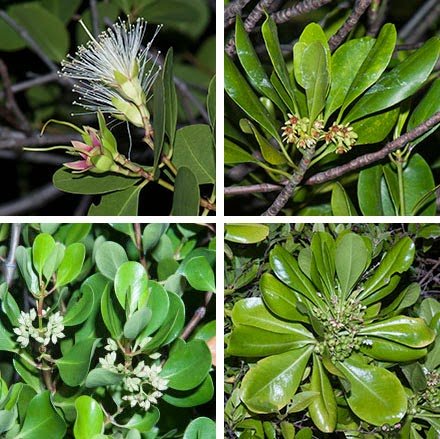 How nice to see many young mangrove seedlings settling in the lagoon too! 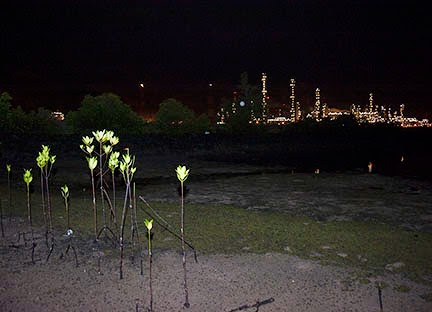 Some of the saplings have already grown quite large! 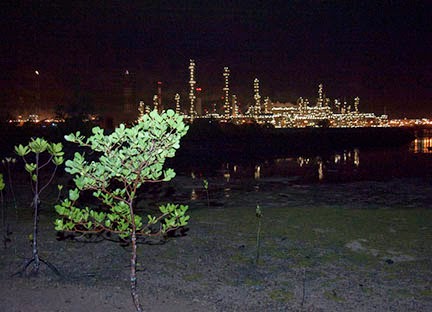 Alas, trash and marine debris are seen even in this small patch of mangrove trees. This small Perepat tree is growing through a bunch of abandoned fishing net. There are large plastic containers and styrofoam pieces washed up among the roots. Fortunately, we didn't come across any new abandoned driftnets on the reefs, as we did on our last trip to Pulau Hantu in May 2014. 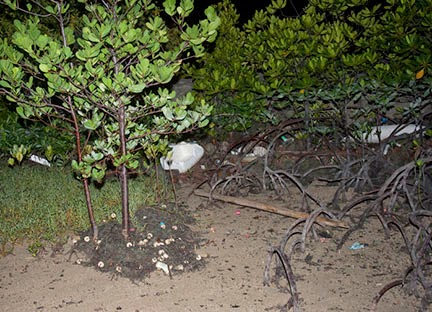 There are also large pieces of plastic draped on the roots. 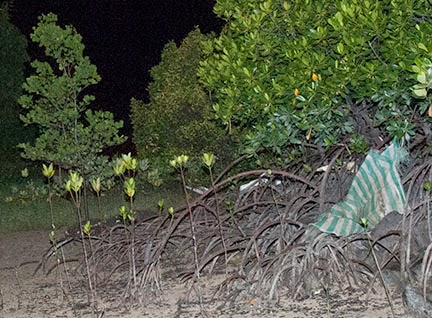 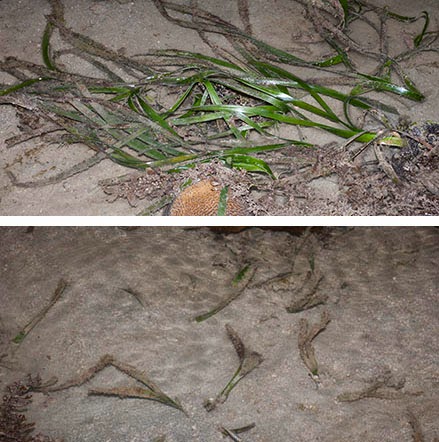 It was disturbing to see this huge ship the 'Bold Endurance' parked about 500m off the jetty at Hantu Besar. 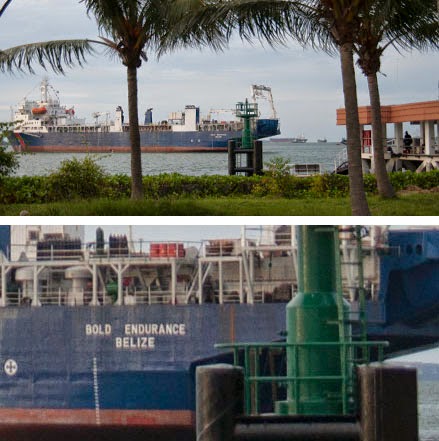 The ship was also discharging into the water. 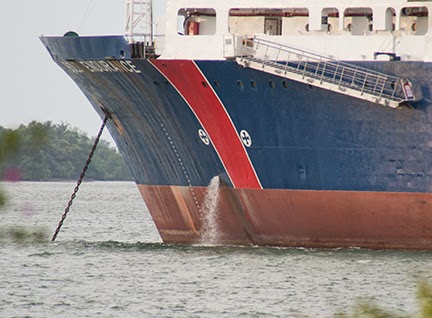 Here is the current location of the Bold Endurance, a cable layer, from Vessel Tracker.
N. Sivasothi shared Debby Ng's alert on Bold Endurance coming very close to the reefs at Pulau Hantu in April 2014.
As the tide turned, well before dawn, there was a lovely reflection of the petrochemical plants at Pulau Bukom in the lagoon of Pulau Hantu. Throughout the night, there was flaring going on at Bukom, sounds like jet engines. And a strong smell of hydrocarbons. 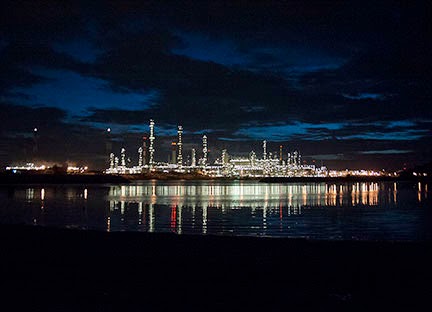 A last look at the lights of  the petrochemical plants at first light, as we continue to explore the lagoon between Hantu Besar and Hantu Kecil in the rising tide. 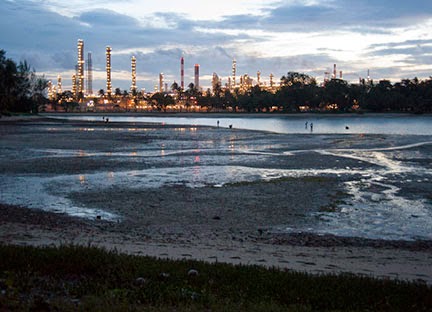 At sunrise, we gather for a drone selfie by Heng Pei Yan aka the Drone Commander. Check out the final outcome on the Drone's own facebook page: SG Sea Drone. 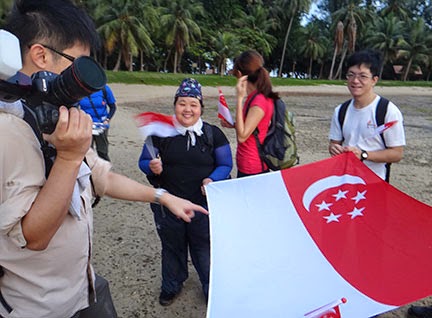 The Drone herself is also all dressed up with two flags! Probably the first flypast right on Pulau Hantu! 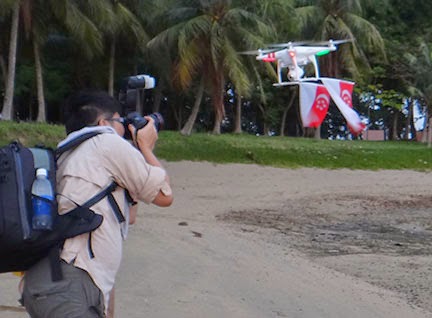 Because there is one wild monkey on the island, we discourage it with a rubber snake on our personal belongings. It also helps that we do not bring any food or plastic bags with us. Please do not feed the wild animals in our wild places. This just leads to an unhappy end for the animals. 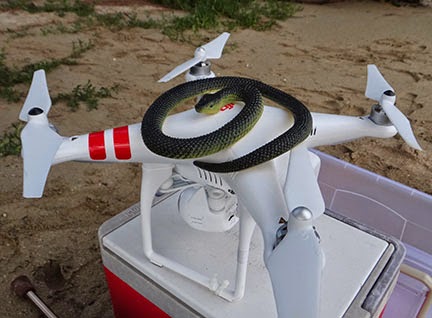 What a great way to celebrate National Day on a very special shore. Pulau Hantu is also a favourite with divers! Join the volunteers of the Hantu Bloggers who conduct guided dives this reef every month!

Related links
Posts by other on this trip