Although all the East Coast shores are reclaimed, it doesn't mean they are dead! Well before dawn, a small team headed out to check up these shores. 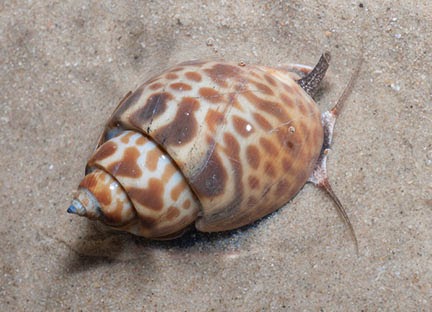 I was very lucky to spot this beautiful Babylonia snail which was identified as a new record for Singapore in 2013!

A small team zip between two East Coast locations on this full moon low spring tide. While the guys did a reefy portion near Bedok Jetty, I did a sandier part (which was nearer, I still can't walk far or fast). Today, I saw a lot of gravel and stones here. Clumps of Gracilaria seaweed grew profusely on these, as well as other kinds of seaweeds. 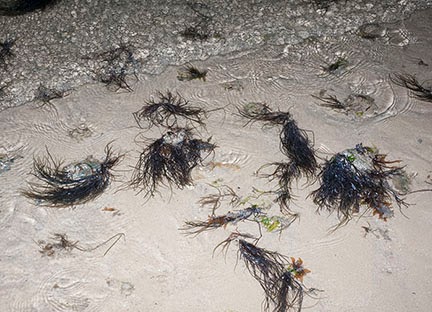 Here, I also spotted a sea anemone (unidentified) in the midst of swallowing a Pink warty sea cucumber! 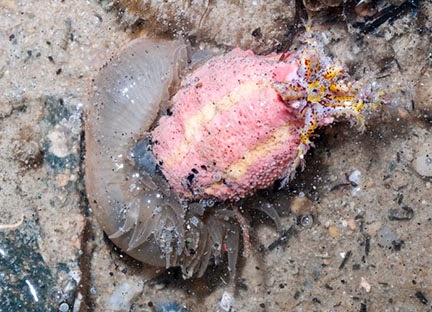 Then we all headed out to where we saw seagrasses last year. It was nice to see that the seagrasses were still there! 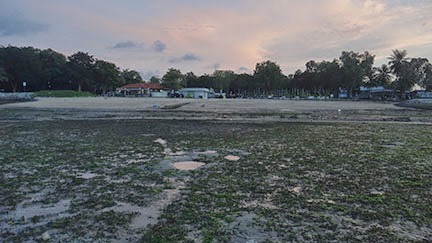 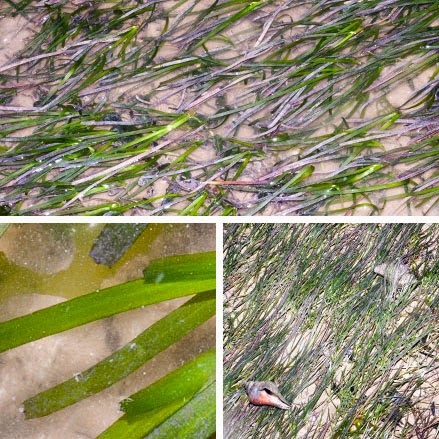 Washed up on the high shore at both East Coast locations that we surveyed, once again, I see tantalizing bits of Tape seagrass, Noodle seagrass and Serrated ribbon seagrass. Do these seagrasses grow in deeper water out there?

On the sand bars, there were several distinctive trails made by burrowing Olive snails. There were also some smooth sea cucumbers buried there.

There were also many Fig snails! Kok Sheng found a baby Fig snail too. They are very very SLIMY! 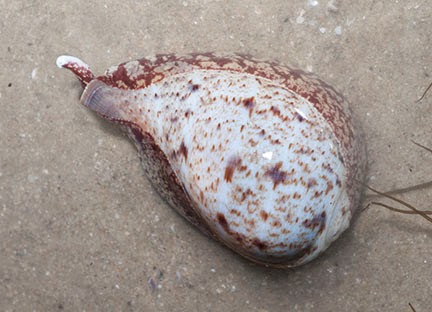 I saw one small Haddon's carpet anemones, with many tiny little anemone shrimps.

I also saw some Striped hermit crabs and many smaller Tidal hermit crabs. There were a lot more Pink warty sea cucumbers than Thorny sea cucumbers. We didn't see the large sea stars, sea fans and some of the other animals that we saw here last year.

Wouldn't it be marvellous if the artificial East Coast Park beaches could be constructed to encourage more of such natural marine regeneration?

Sadly, people don't seem to appreciate our beautiful shores. I came across this litter explosion! It looked as if the guests at this BBQ simply dropped every utensil and packet right where they stood after they were done with it. 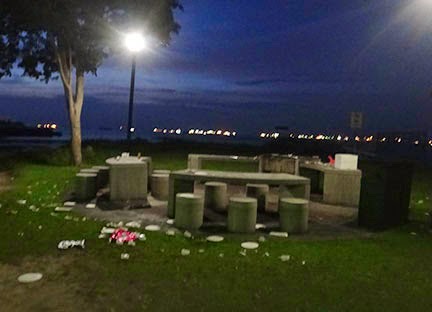 There were THREE bins right next to the BBQ pit. The bin covers were all open, and the bins looked mostly empty. The nearby public toilets were also trashed. James also found a tangle of abandoned fishing line. On a positive note, this was just one of four BBQ clusters. The other four clusters were neat and tidy. 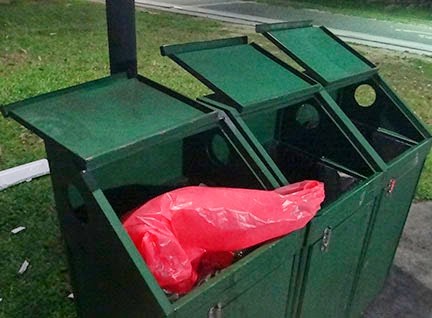 The tide was low but short, but I'm glad we managed a quick look at these shores under a full moon! 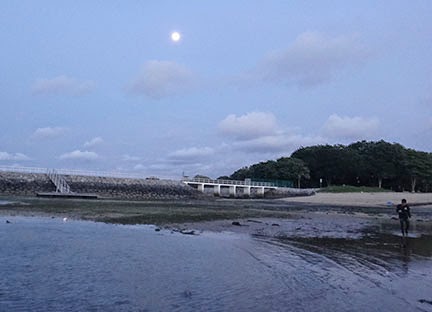