At about 4pm this afternoon, MPA reported that a containership and chemical tanker collided off Sebarok Island. The containership's bunker tanks sustained damage, resulting in spillage of some 80 metric tonnes of bunker fuel. 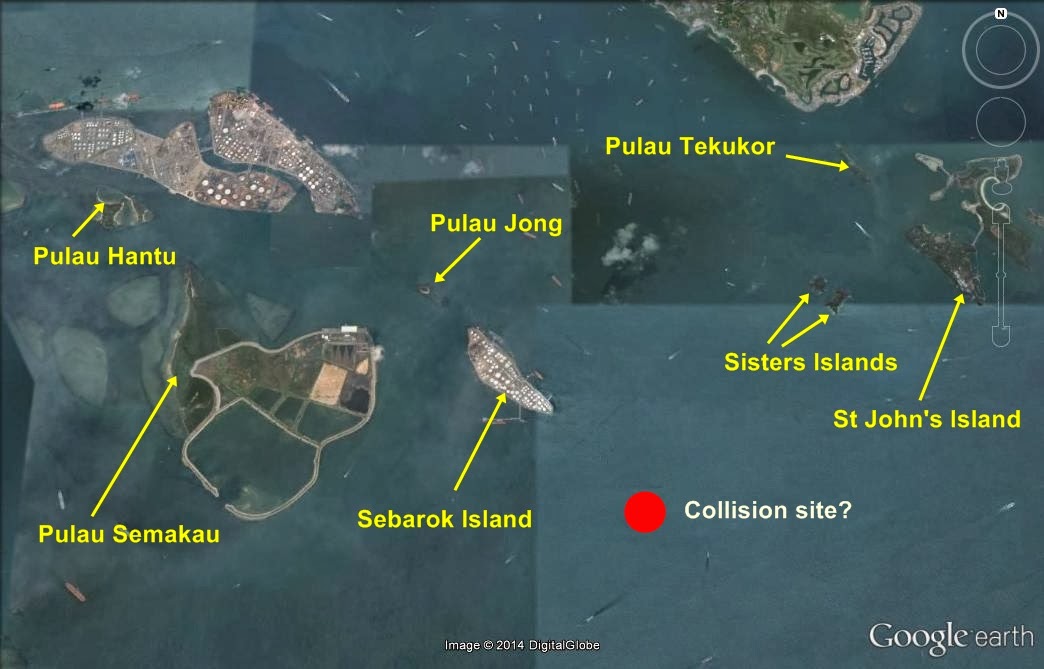 This comes just a little more than a week after two oil spills totalling 680 metric tonnes of fuel oil around the same vicinity.


This is the approximate location of one of the containership off Sebarok Island. 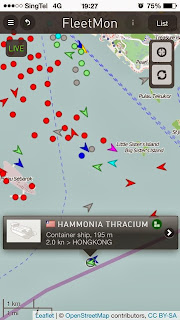 Rich reefs near the collision site include one of the last untouched Southern islands Pulau Jong. In the photo below are the reefs of Pulau Jong with the petrochemical facilities of Sebarok Island nearby.
And the magnificent reefs on the Sisters Islands.

At about 1535hrs on 10 February 2014 (Singapore time), the Maritime and Port Authority of Singapore (MPA) received a report that a collision had occurred between the departing Liberia-flagged containership "Hammonia Thracium" and the Panama-flagged chemical tanker "Zoey" in the Singapore Strait, off Sebarok Island (about 10km south of mainland Singapore). Prior to the incident, MPA's Port Operations Control Centre provided traffic information to the two vessels and alerted Zoey that the vessel Hammonia Thracium was crossing the traffic lane.

Hammonia Thracium reported that one of her bunker tanks sustained damage, resulting in spillage of some 80 metric tonnes of bunker fuel. Upon notification, MPA immediately dispatched four patrol craft to deal with the spillage. Oil spill response companies have also been activated to support the clean-up efforts.

The two vessels are currently in stable condition outside of Singapore's port limits and are assessing their situations. There is no report of injury, and port operations remain unaffected.

MPA is investigating the cause of the collision.
Posted by Ria Tan at 7:46 PM