Trashy Pasir Ris: where does the rubbish come from?

Pasir Ris has always been a trashy shore since I started surveying it. 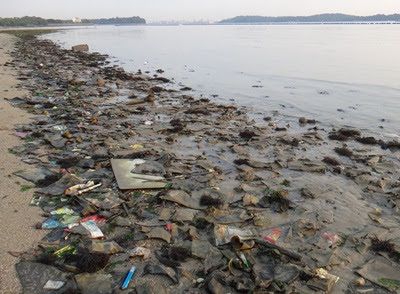 What is going on? Where does the trash come from? 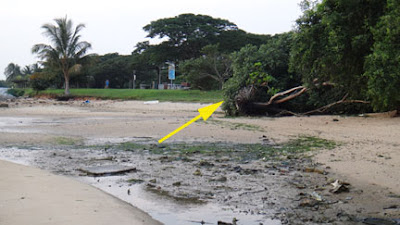 Here, there is a lot more litter on the high shore. 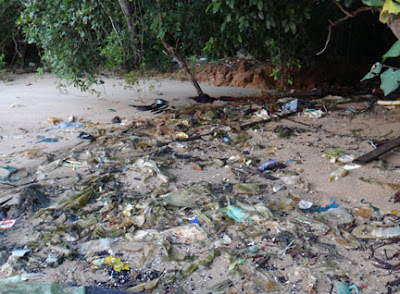 As usual, lots of plastic bottles and styrofoam beyond the high water mark because these float. 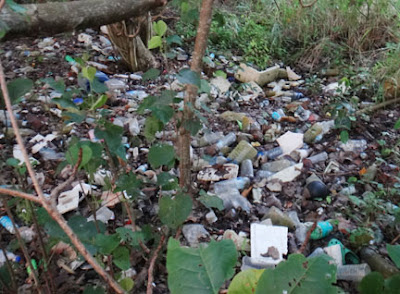 Here's a closer look at the trash. 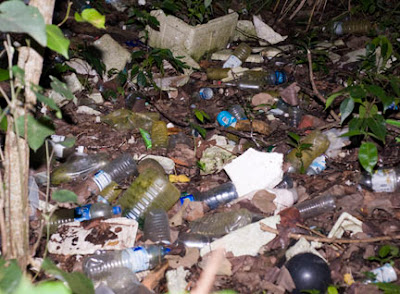 Large ropes, trays and other stuff that doesn't look like something recreational beach goers would bring along with them. 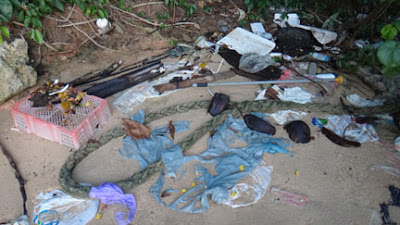 The trash line goes inland well beyond the high water mark and deep into the forested area that edges this shore. 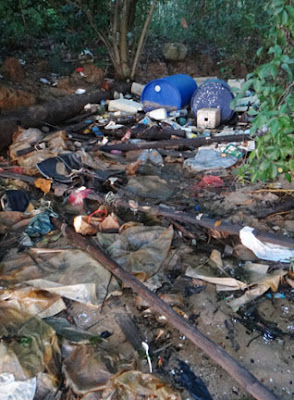 Some of the trash I saw doesn't look like it came from irresponsible recreational beach goers. For example, I saw many gunny sacks in various stages of breaking up. 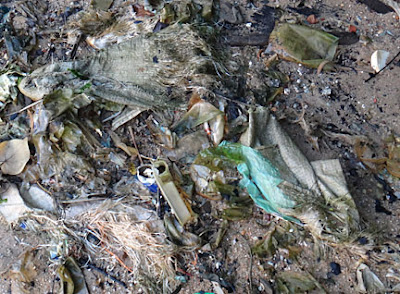 This looks like a cover for a large pillow, sofa or something similar.

Within the Park proper, there is still large litter. Like this huge plastic thing. 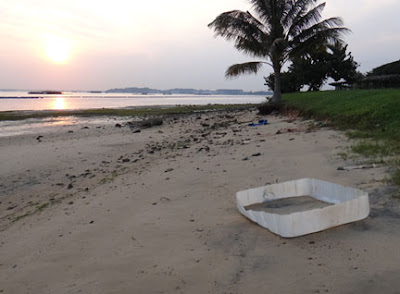 Within the Park proper, there is a thick layer of plastic at the mid-water mark. This layer seems to have been building up over time with many plastic pieces already well covered in growths. 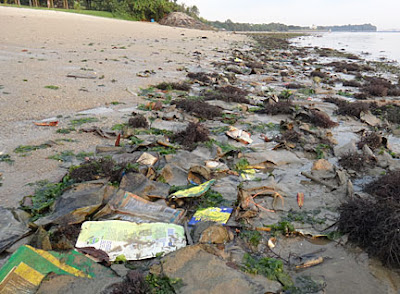 Many of the plastic packaging that are found on the shore are not something that beach goers would bring to the Park and toss. Such as this large packet of coffee (my foot next to it for scale). 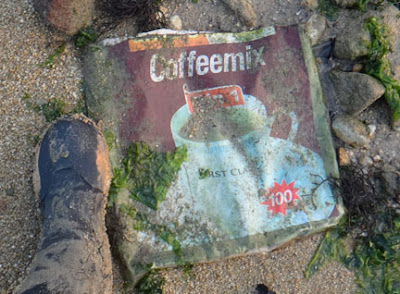 I came across many large bags of washing machine powder of various brands. 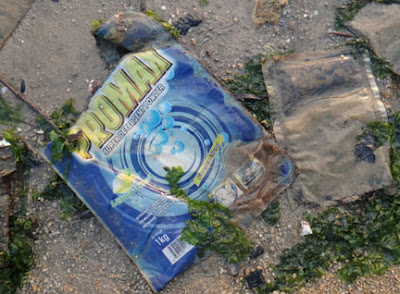 This is a huge bag of sugar (my foot next to it for scale). 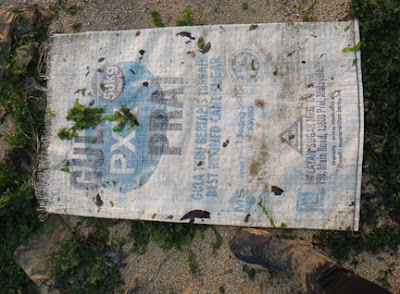 I also came across many big bags that used to contain rice, of various brands (my foot next to it for scale). This is not the first time I have observed this kind of trash. I blogged about this in Pasir Ris water quality fails, again: why? and Thousands of dead fishes at Sungei Api Api?. The titles of these blog posts kind of tells you some of the many other problems Pasir Ris beach has been suffering all these years. 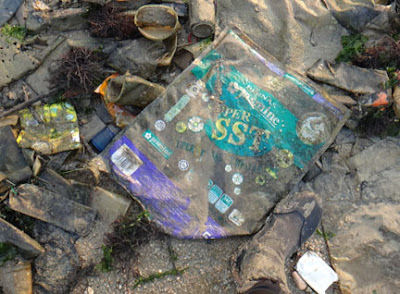 I saw an encrusted drum in the middle of a seagrass patch (while it was still dark). There were also some drums washed up on the shore outside the Park boundaries. Yesterday, I saw a similar drum at Punggol and according to Shannon Lim on facebook: The drum "probably [came] from one of the coastal farms. These barrels cost about $60 used & unwashed and are tied to beams as floatation. Every now and again they break off and drift away. By the way, unwashed barrels usually contain a few hundred ml of residual chemicals that farms either leave inside or just dump overboard."

Besides beach goers, what is activity goes on right next to the beach? There are a large number of fish farms opposite and close to Pasir Ris beach (pink arrows). 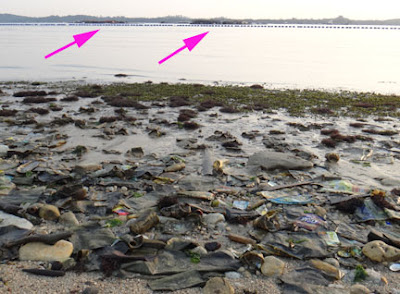 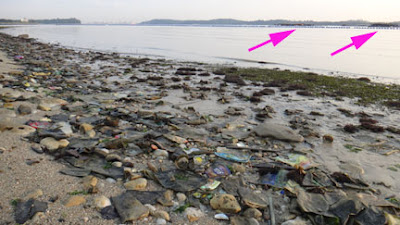 Trash on our recreational beaches costs taxpayers $1.4m a year to clean up!