Sharing about our shores with Raffles Institution's Community Advocates

I had a great time sharing with the Raffles Institution's Community Advocates about our shores! 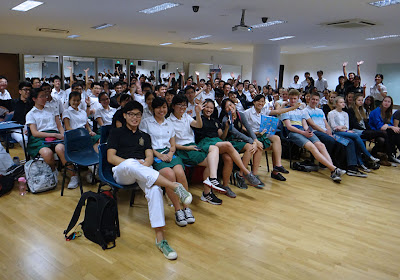 Thanks to Tan Sijie for inviting me to speak with this inspiring advocacy group who are already making a difference for their communities!

For this rare group of students who are keen on advocacy, I added in lots of information about some of the advocacy done for our shores. It was nice reminiscing about the work done for Chek Jawa before reclamation was deferred. 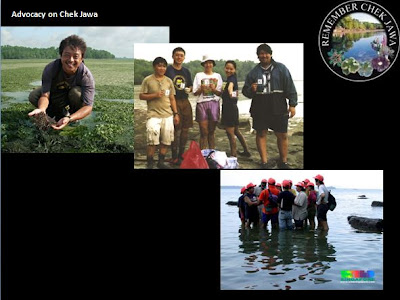 And how there was even more work to do in the years after reclamation was deferred, from guide training to ongoing guided walks such as the free tours by the Naked Hermit Crabs. 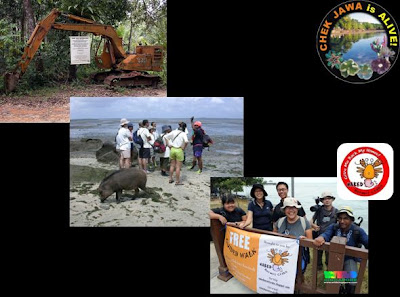 Also about the work done on Cyrene Reef by Sijie and Chee Kong of the Star Trackers, and magical moments such as the time when the new record sea star was found there. Sijie has been working hard to arrange for his students to continue working on the amazing marine life at Cyrene Reef in the year ahead. Hurray!
I also shared about other efforts such as November's Leafmonkey Workshop, the first to provide hands on exposure to guiding for all nature groups covering a wide range of topics. 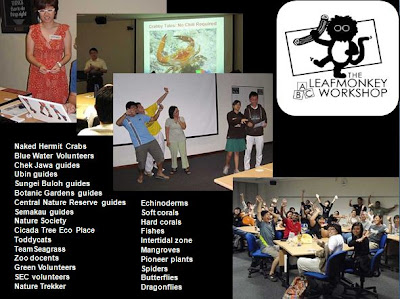 Sadly, I also added a new segment in my talk about the shores that we may lose under the new Land Use plan for a 7million population.
I gave a glimpse of some of the shores that might be affected by these plans, such as the marvelous Pulau Sekudu. 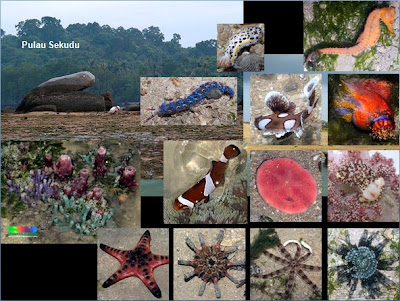 As well as the very friendly and fascinating mangroves at Pasir Ris. The Naked Hermit Crabs are resuming free guided walks here so that more people can enjoy the mangrove life before it is lost. 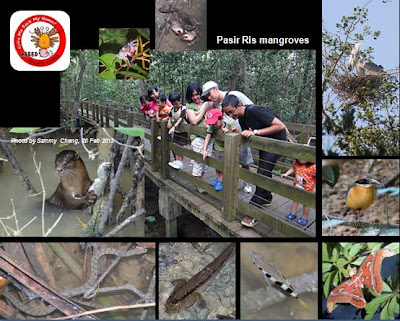 Plans may also affect such jewels like Pulau Jong, among the few untouched islands left among our Southern islands. 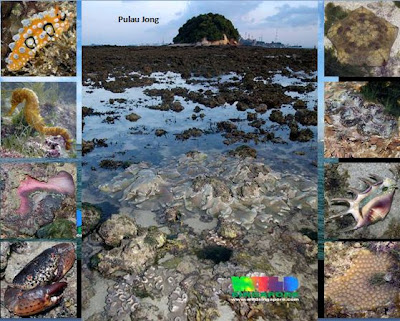 I also gave out our brand new Southern Shores pamphlet to everyone!
It was a delight to speak with the well-grounded and enthusiastic group. I'm impressed by the work they have been doing. They asked interesting questions that helped me think and some seemed keen to take on environmental work. Hurray!

After the talk I rushed over to meet up with Sze Peng and Linda of NParks who are organising this year's Biodiversity Festival. Kindly hosted at VivoCity! Hurray! A great opportunity to reach out to urbanites who may not have had a chance to know about our wild places. The Festival is scheduled for July. 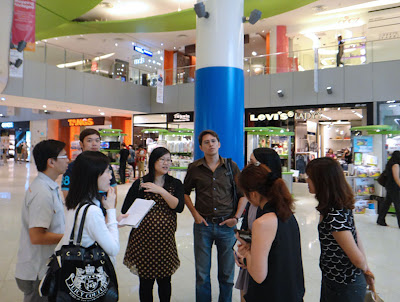 We had lots of fun at last year's Biodiversity Festival. In fact, last year's wonderful panels done up by Sabrina are still alive! They have been travelling the heartlands and shopping malls and will be making its last stop 11-24 March 2013 at Lot One Shopping Mall 11am - 9pm daily, more details. 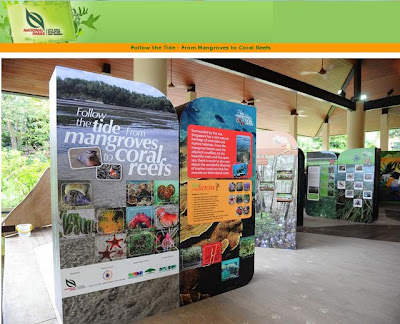 The exhibition hopes to highlight: "Surrounded by the sea, Singapore has a rich natural heritage of intertidal and marine habitats. From the mangrove forests and the adjacent mudflats, to the beautiful reefs and the open sea, there is much to discover about the wonderful diversity of marine creatures that live around our little island-state."

There's so much more to learn and do for Singapore's shores!
Posted by Ria Tan at 8:37 PM