Are there seagrasses at Bedok Jetty?

Today I joined a small NParks team to find out if there are any seagrasses growing near Bedok Jetty. 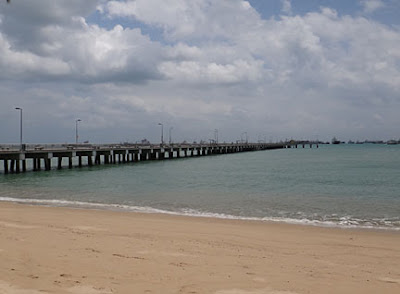 We first sampled using a sediment grab, then plunged into the water (at high tide!) to have a look.


Annabelle, Wilson and friends from NParks National Biodiversity Centre are checking to see if there are seagrasses near the Jetty. They start first by using the intriguing sediment grab. A simple but effective little metal box with spring-loaded jaws. After gently lowering the box until it hits the bottom, the jaws are sprung and we haul it up to see what it had chomped. We got rocky bits, shelly sediments and several loads of silty sand. 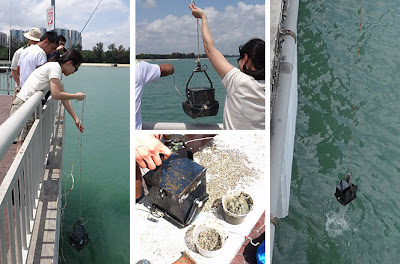 Among the animals we got in the grab were small bits of sea fans. 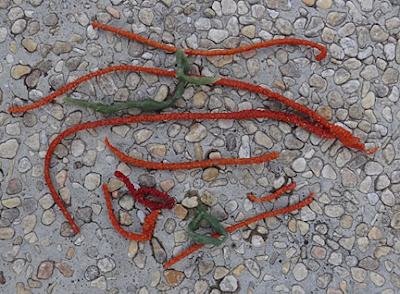 Taking a closer look, the sea fans we 'caught' were smaller versions of the Asparagus sea fan that we usually see on Beting Bronok. 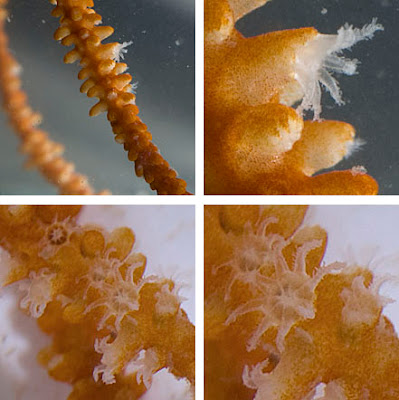 As well as Gnarled sea fans which we also see on the intertidal at Changi and Chek Jawa.

Indeed, sea fans can be abundant along East Coast Park, even at the seawalls. We saw a lot of skinny sea fans on our low tide trips there, such as the one in Jun 2009. 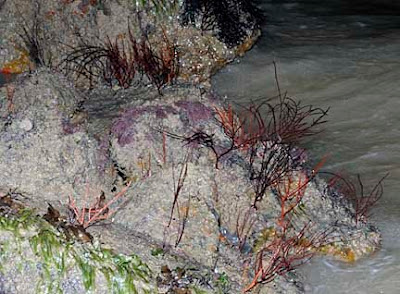 As expected, one of the grabs was full of abandoned fishing line which was encrusted with delicate marine life. Like these bryozoans. This crunchy ruffle is a colony of tiny polyps, I could barely take photos of their super tiny tentacles emerging from the holes in the hard lacy structure that they create. 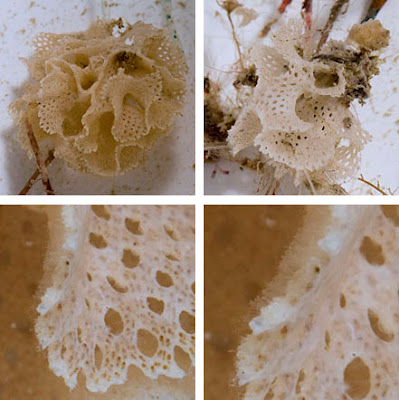 There were also tiny Fluffy hydroids and tiny snails too. I'm really looking forward to the upcoming Workshop on Bryozoans and Hydroids to learn more about them! 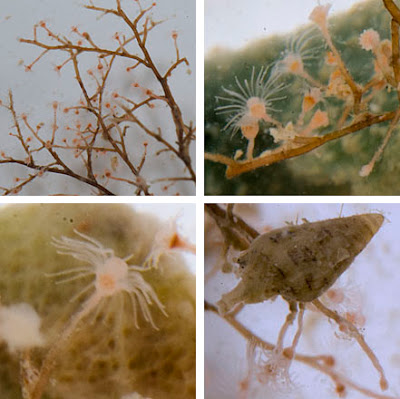 After we sampled the length of the jetty, we decided to have a quick snorkel to see what's in the water. Alas, visibility is virtually zero so we couldn't see anything at all. But feeling with our toes, it seems the bottom is silty mud near the shore along the jetty. 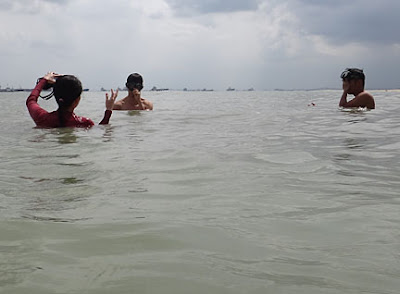 Alas, we failed to find any seagrasses today. We have seen signs of seagrasses at East Coast Park in the past. During a shore survey in Aug 2009, I saw bits and pieces of intriguing seagrasses! In one small area, I gathered bits of Tape seagrass (Enhalus acoroides), Needle seagrass (Halodule sp.), Sickle seagrass (Thalassia hemprichii), possibly Serrated ribbon seagrass (Cymodocea serrulata) and even Noodle seagrass (Syringodium isoetifolium)! 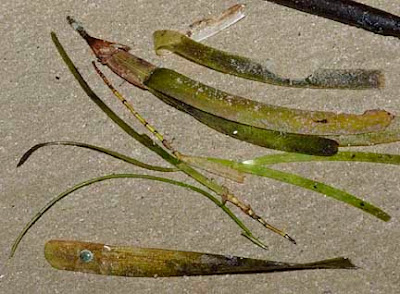 During another survey in Jun 2009, we saw a surprisingly large expanse of lush Needle seagrasses (Halodule sp.) in the East Coast Lagoon currently used for wake boarding. Many patches were seen near the edges where the water was low and clear. There were all kinds of fishes among the seagrasses too. 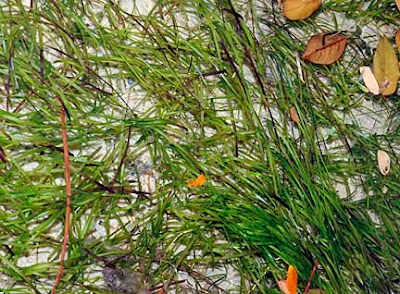 Washed up seagrasses on the high shore were also seen on a trip in May 2008. Including several large entangled clumps of Tape seagrass and some bits of Sickle seagrass. Perhaps there are seagrass meadows somewhere in deeper water along the East Coast but we just didn't come across them today. Bedok Jetty is a favourite for fishermen and there were quite a few of them out today. 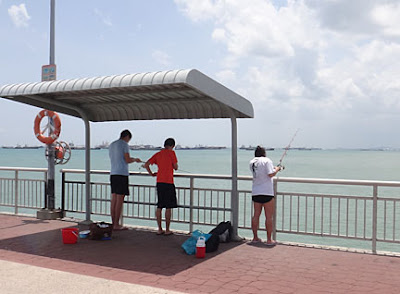 There are prominent signs encouraging responsible fishing. And indeed, the fishermen were friendly and the jetty was clean. Some of them stopped to see what we were doing. 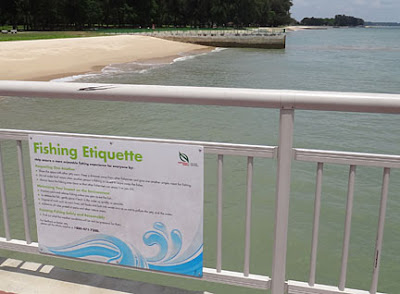 These field trips remind me just how much more we yet have to learn about our shores! Thanks to Annabelle and Wilson for letting me come along with their ongoing efforts to learn about and protect our shores.
Posted by Ria Tan at 10:26 PM