Today I came across this bizarre little creature at Changi. It's the weirdest thing I've so far. 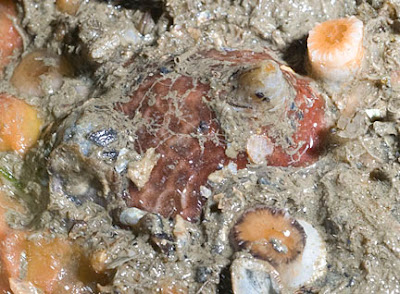 
There were quite a few of them, in various colours and patterns, but all looked like tiny coral colonies. I tried to and managed to pry one off the rock. At first, with its flat foot, I thought it was some kind of mollusc. A slug perhaps? 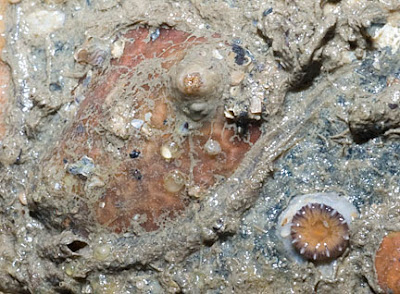 It was only when I took a closer look that I realised it had tube feet! Three rows of feet with suckers at the bottom, and tiny feet sticking out all over the body. 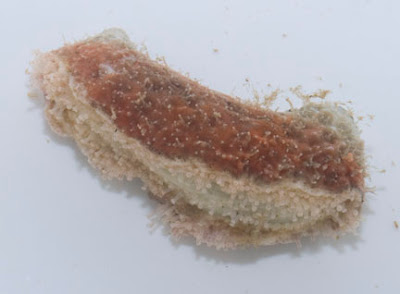 When it stuck out its feeding tentacles I was sure it was a sea cucumber! 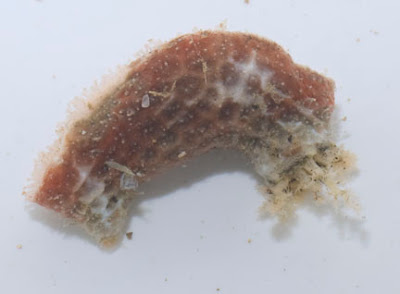 Who would have thunk?! Our shores surprise me all the time, even though I go out every low spring tide! 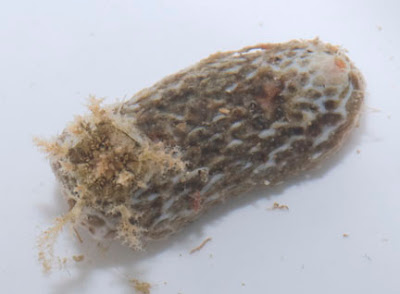 I have no idea what this is. But came across this article about an 'armoured sea cucumber'. It is Psolus parantarcticus, which has "conspicuous dorsal and lateral scales". 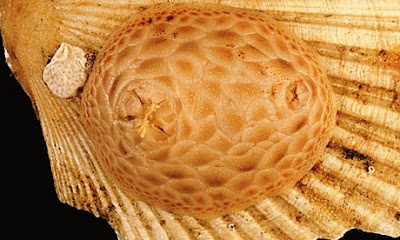 Hopefully, we can find out what our little armoured sea cucumbers are exactly.
Posted by Ria Tan at 12:40 PM