Thanks to Grace Chua of the Straits Times, we learn that the Mega Marine Survey has uncovered 100 species, some are new to Singapore or to science, even though we are only one-third through the project! 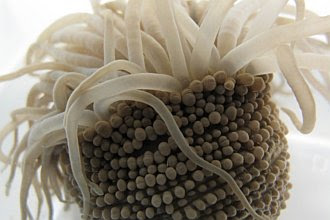 Among the featured creatures is this anemone which we found deep into the mudflats of Lim Chu Kang. This bumpy, warty sea anemone so new to science, it does not even have a scientific name yet. We have fondly nicknamed it Bill and we've seen it at other locations in Singapore too.

Some other never-before-seen finds include a nondescript, 2cm-long mangrove goby and a shore shrimp that looks just like its East Asian relatives, but is in fact genetically very different. Others, such as a mangrove stonefish and a hairy mangrove crab, have not been seen in Singapore before.

The other featured creatures include these fascinating finds: 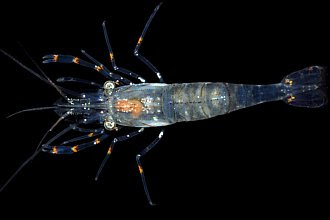 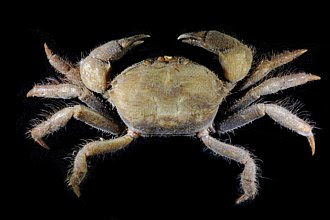 HAIRY CRAB
This mangrove crab, found in two locations in Singapore, was previously reported being seen only in Malaysia and Australia. The first year of the three-year Comprehensive Marine Biodiversity Survey has so far yielded 100 species. The next two years will involve two major expeditions and studying as much of Singapore's reefs and seabed as possible. -- PHOTO: NATIONAL UNIVERSITY OF SINGAPORE 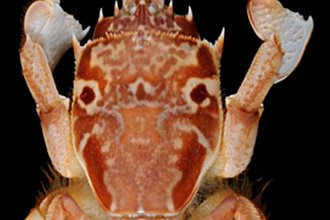 SPOTTED FROG CRAB
Found on one of the beaches near Changi, this frog crab, measuring about 30mm, is notable because members of this family are rarely reported in continental South-east Asia. Most members are oceanic in habitat. Its presence shows that Singapore's waters are still relatively healthy and still hold many important discoveries. -- PHOTO: NATIONAL UNIVERSITY OF SINGAPORE 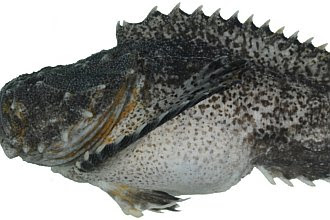 The article also highlights how the findings will help us understand and protect our shores.

Full article on the Straits Times and wildsingapore news.

Grace Chua reports extensively on environmental issues in Singapore and joined us for the anemone survey at Lim Chu Kang with Dr Daphne Fautin, featuring this trip in the article "Anemone haven in waters off Singapore". Thanks Grace for the support!

Come join the Mega Marine Survey and help make a difference for our marine biodiversity! You can contribute in field work to look for marine life.

You can also help sort out the finds in the lab! 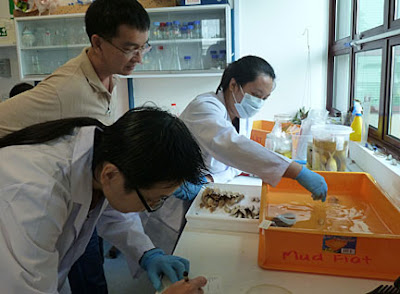 You don't need to be a scientist! Ordinary people are welcomed and can make a difference. And have lots of fun too!

To join the Survey, register your interest in this form and you'll be invited to join the mailing list to receive updates on the Survey and sign up for Survey activities.

Also check out our FAQs for more about the Survey.

To find out more about our common mangrove wildlife, check out the online Guide to the Mangroves of Singapore and the wildsingapore wild fact sheets.
Posted by Ria Tan at 9:53 AM