A Knobbly sea star is 'standing' on tip toes! 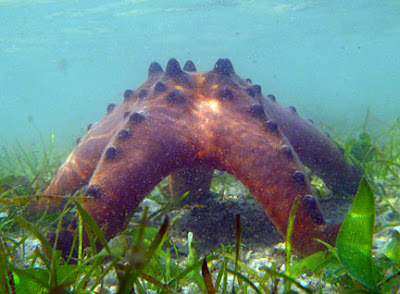 This is the first time I've seen this behaviour! What's going on?!


A little further, I saw another Knobbly sea star in this position. Knobbly sea stars (Protoreaster nodosus) are quite abundant on Cyrene Reef, where we also often see many juvenile Knobblies. Indeed, according to the Star Trackers, "the presence of juveniles, subadults and adults indicated that there is a healthy level of recruitment at Cyrene Reef. This habitat may be the only sustainable population of knobbly seastars left in Singapore today". 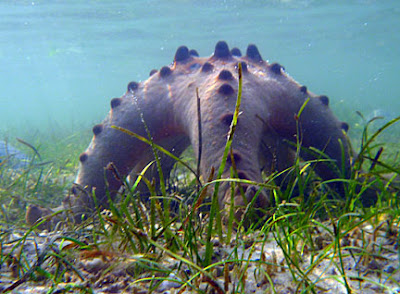 And ANOTHER one just as we were leaving Cyrene. The water was murky with the incoming tide. 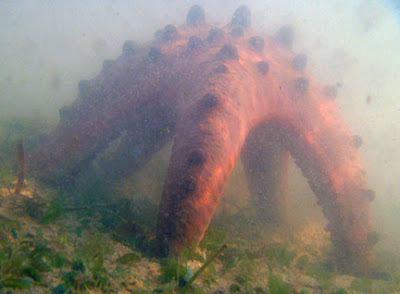 I've never seen this behaviour before! Perhaps these sea stars only do this with the incoming tide? 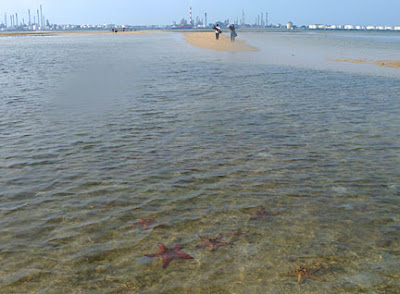 There were many Knobbly sea stars gathered in this part of Cyrene (as usual). But most of them were 'flat' and not standing on tip toe. Chris Mah shared more about this behaviour on his awesome Echinoblog post Starfish Standing on their Tippy Toes: The Strangeness of Spawning! From his Echinoblog, I learnt that this posture is believed to be a part of the sea star spawning, BUT we don't really know much about this behaviour! I also learnt that some sea stars spawn 'flat', without standing on their toes. And in some species, different individuals take on different spawning postures. Chris Mah in fact lists quite a lot of questions regarding this behaviour that still needs further study! So much more to discover about our shores! 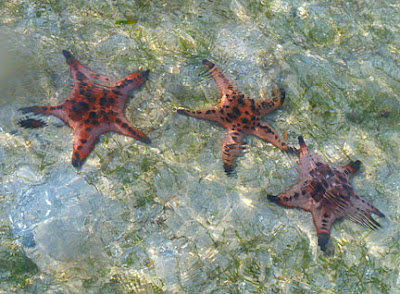 Chris Mah also mentions that brittle stars also stand on their toes. Wait a minute, I've seen that before, at Pulau Sekudu in 2004! 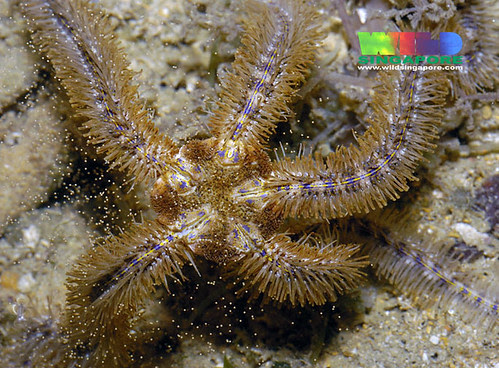 I visited Cyrene today with Siti's hardworking team to do some maintenance on the seagrass experiment she is conducting there. We landed on Cyrene in the first light of dawn. Thanks to Alex and Jumari, all safe and sound and quite dry, with our huge piles of supplies. 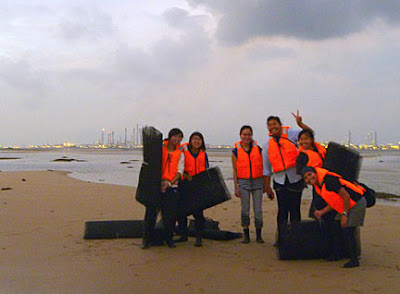 Then it was time to walk along the sandy 'spine' of Cyrene to Siti's experimental set up. It was easy carrying the new netting which will replace the old ones at the site. 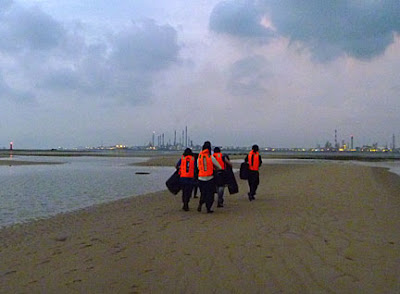 In the pearly glow of sunrise, Siti gets us started. We need to replace all the foul (in all senses of the word) netting with new ones. It sounded easy, but was quite tricky. All of us got cuts from the thousands of tiny sharp barnacles that had settled on the nets! Ouch. 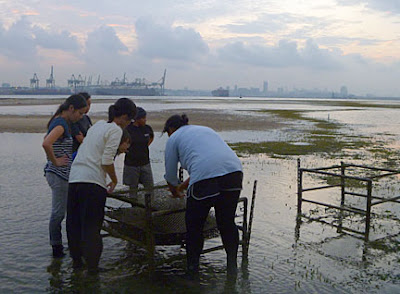 Fortunately, we had a large and industrious team. Many hands make light work and we got it all done just as the tide was turning. Oh no! Now we have to drag out all the encrusted netting back out to the boat! They were much heavier than new nets, and tricky to handle as they were very poky and sharp. 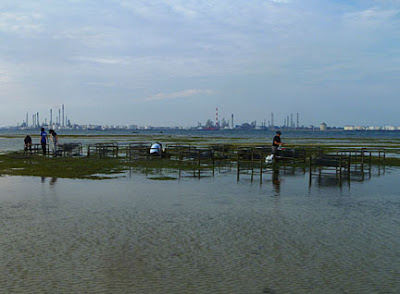 It was a long long walk back to the departure point! 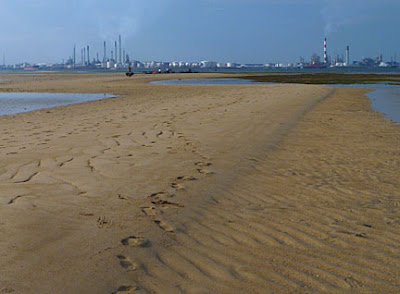 And the tide was rapidly rising!! The rest of the ladies made several trips back and forth to drag out all the nets. I just dragged my quota and then pleaded old age. Thanks to Alex and Jumari, we got everyone and everything safely back to the boat and to the mainland. Although we left a huge mess on their boat. Sorry!! 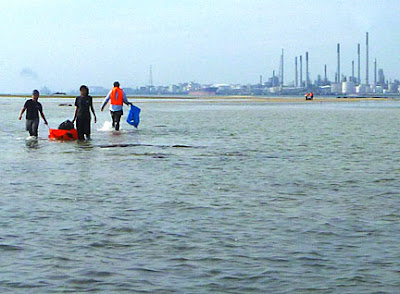 On the boat trip back, I notice that the pile of sand for the massive reclamation for the new Pasir Panjang Container Terminal seems to have gotten taller! It was good to see that the massive dredging close to Cyrene seems to be completed. We didn't see the dredger at all today. 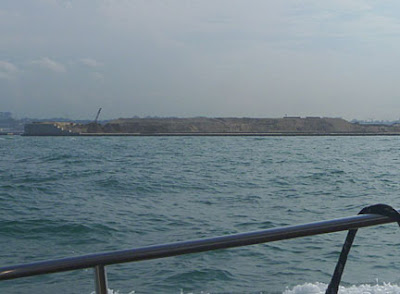 As we reached the Marina, I notice the massive work on the Belayar Creek boardwalk seems to be winding down. The huge steel girders seem to be in the process of being removed, and the new slimmer concrete boardwalk can be seen. I still don't understand the need to build such a massive steel working boardwalk which must have severely impacted the lovely natural shores there. The Chek Jawa boardwalk was built with virtually no impact! A pity the same method was not used here, probably the best mangrove and sandy shore on the southern mainland. 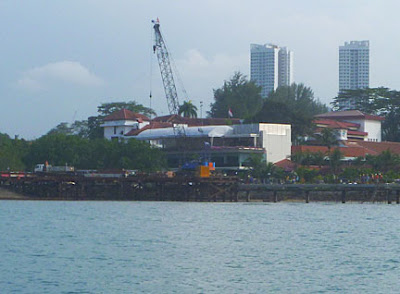 It was a short and exhausting trip. I take my hat off to Siti and her team for doing this continuously for months, a necessary dedication in order to better understand our seagrasses! Bravo!

They're doing the same thing again at Chek Jawa tomorrow. I'm escaping that to help with the Mega Marine Survey at Sungei Buloh.
Posted by Ria Tan at 6:52 PM