Another special sea star at Semakau!

It's raining, the tide's not very low but a small team headed out to Pulau Semakau for a quick look around. 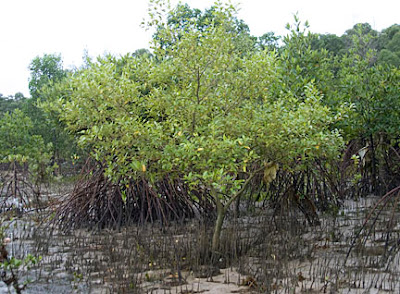 I revisited the Api-api jambu that Brandon spotted in Jun 2011.


The Critically Endangered Api-api jambu (Avicennia marina) is not very common, so it's nice to know that there are many on Pulau Semakau. The little tree was profusely flowering and fruiting! It has the typical 'square' stems, a trunk with greenish bark and very long pencil roots. 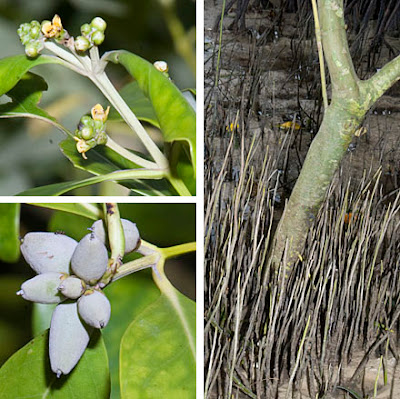 Along the way, I spotted another small tree that might also be an Api-api jambu. It wasn't flowering or fruiting yet. 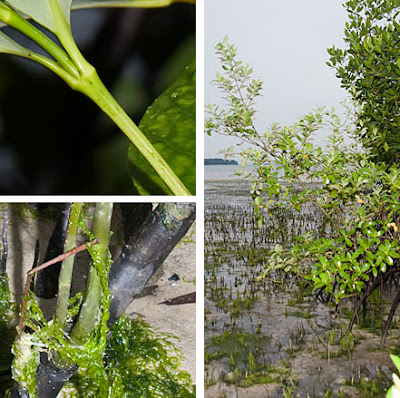 Another very rare plant on Pulau Semakau is the Critically Endangered Bonduc (Caesalpina bonduc). This is the only known female plant in Singapore so far. I had a quick look and it had two more seed pods. The plant seemed a little less 'leafy' but was otherwise alright. 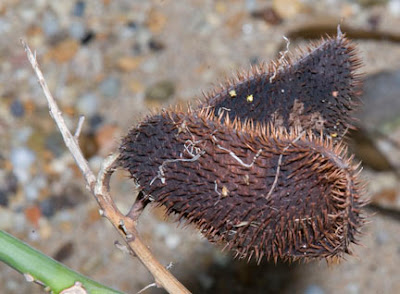 I also noticed some shorebirds feeding at the waterline. 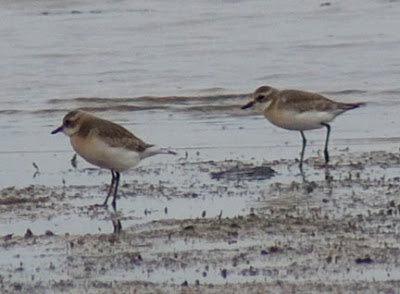 They walked slowly and every now and then, jabbed into the silty sand to grab at something. 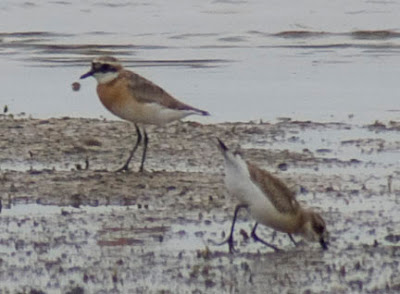 Here's some more photos of the birds. There were about six of them moving together. I'm not really sure what kind of shore birds they are. 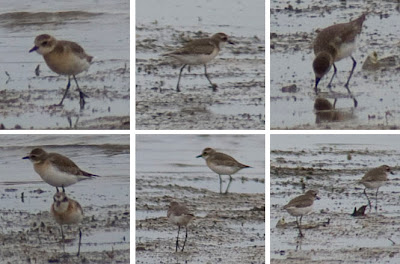 There was a lot of splashing in the water with the incoming tide, but I couldn't see what animals were involved. Sharks perhaps? It was too wet and murky to figure out.

Oh dear, I came across another abandoned driftnet. There was a dead crab in it. Sigh. Soon I headed back as it got dark and the rain started to get heavier. 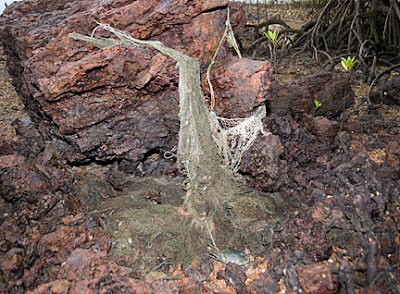 We were actually a superfluous addition to the trip which was mainly aimed at diving Pulau Semakau. Here's Jeemee and Ivan before we departed, with their seriously amazing underwater camera gear. 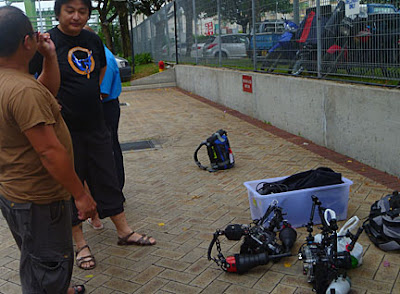 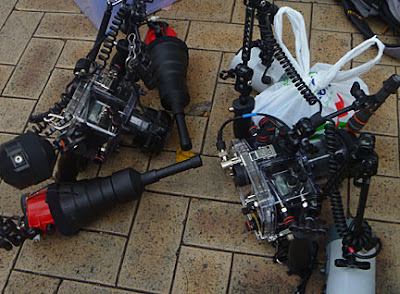 The weather was really rough, with strong winds making for a very choppy journey. As we arrived at Semakau, the dive team gets ready for the plunge. Mei Lin and Chay Hoon are also diving. 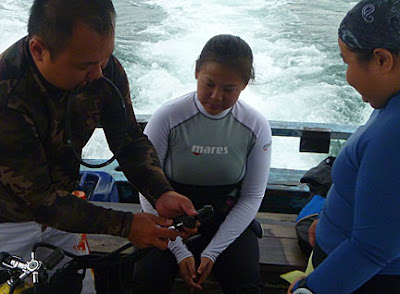 When we rejoined the dive team later in the evening, we had a quick look as some of the amazing creatures they encountered during the dive. 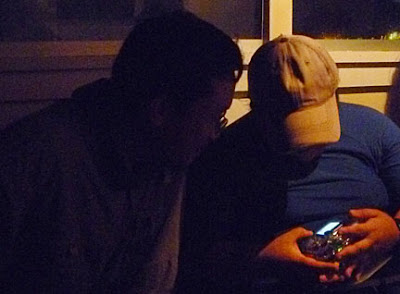 Mei Lin found this sea star that none of us have seen before! This is Chay Hoon's photo of it. Hopefully, Kok Sheng can help us sort out the ID. During an earlier dive trip, Jeemee also took wonderful photos of another sea star that we've not seen before. Semakau is turning out to be rather star-spangled when we look closely. 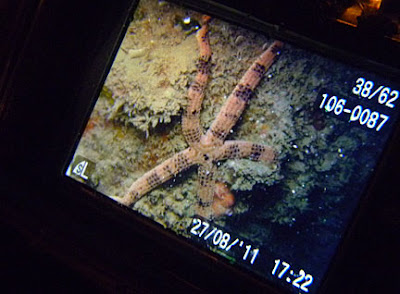 Chay Hoon also saw these strange things. They also saw enormous sea fans, some with sea anemones clinging to them. Also lots of other critters. 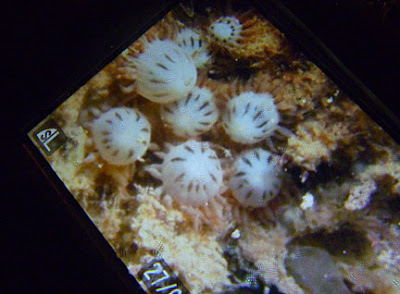 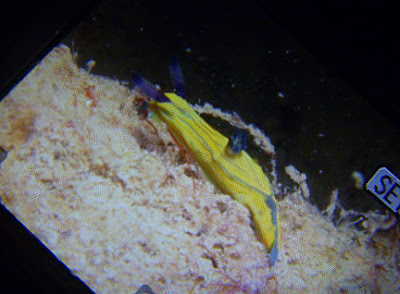 It's amazing what we can find in our waters if we look closely! More on their posts below.

Alas, massive flaring was also going on at Jurong Island throughout our trip.