Autumn in our mangroves! When the tide is not very low (i.e., at neap tide), I usually try to visit our mangroves. Especially to check up on our rare mangrove plants, but also to enjoy the sights like this. 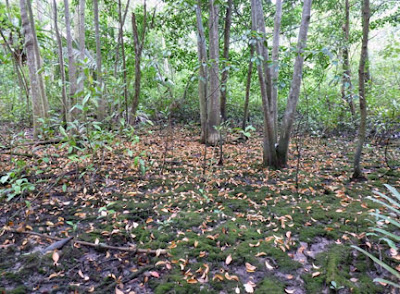 The red and orange fallen leaves from the Buta buta trees (Excoecaria agallocha) brightened up the gloomy mangrove forest floor in late May and early June.

Among the trees I check is the Critically Endangered Bakau Mata Buaya (Bruguiera hainesii) at Pasir Ris. I saw lots of fallen propagules in late May. But not much in subsequent visits. 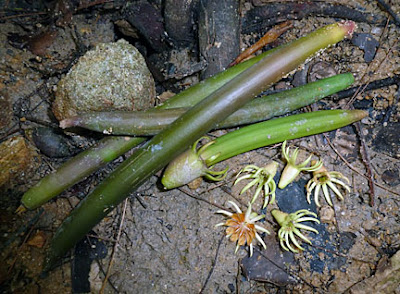 The Bakau Mata Buaya at Kranji was also dropping lots of propagules over the last few weeks. But many of the propagules have been chomped! 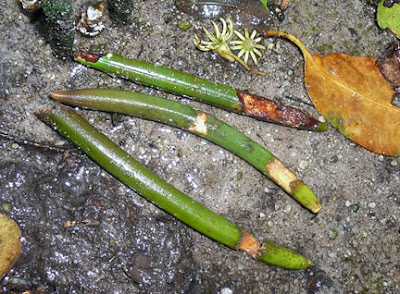 This lovely propagule was completely bitten into two. About half to two thirds of the propagules I see at Kranji are usually chomped. I'm not sure what is eating them. Crabs? 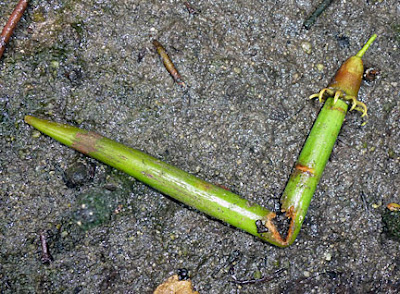 There's also lots of fallen flowers beneath the Bakau Mata Buaya trees. This one although rather brown (fresh petals are white), allows me to take a closer look at the features of the flower. 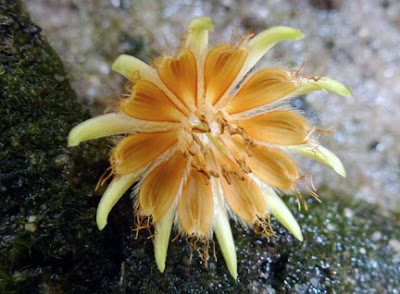 In early June, the Critically Endangered Gedabu (Sonneratia ovata) were fruiting furiously. With lots of ripe fruits splitting open as they fall to the ground! The sight may look yucky but the opened fruit has a delicious sweet smell. Like fresh guava! 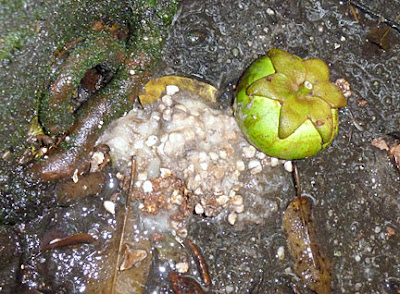 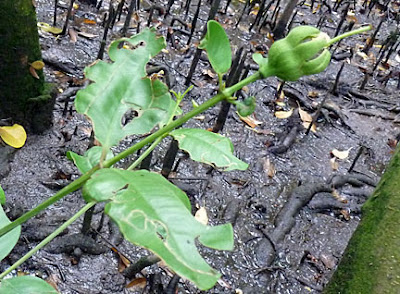 The Endangered Kacang kacang (Aegicera corniculatum) is now my favourite mangrove plant. Those at Kranji had lots of well developing propagules. 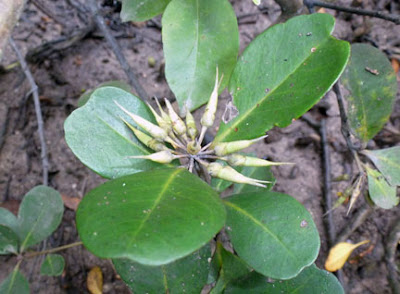 This week, one of the bushes was putting out fresh new leaves! 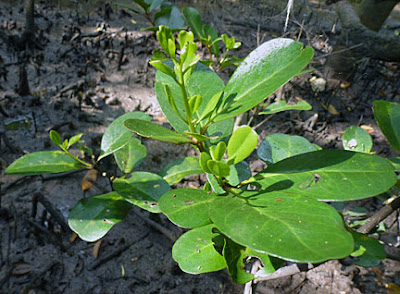 Other mangrove trees and plants were also blooming. Among them, the Dungun (Heritiera littoralis) with pretty pink fuzzy bell-shaped flowers. When I came by a week later, no more flowers and no signs of fruits (yet). 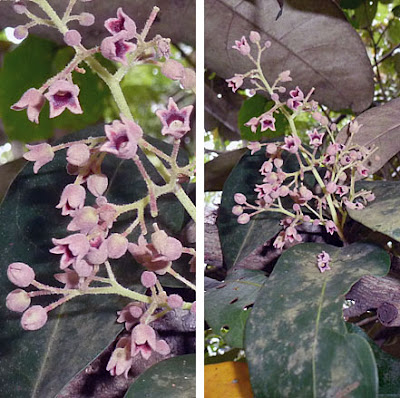 Along Kranji Nature Trail, lots of Mangrove trumpet trees (Dolichandrone spathacea) have been planted. Over the last few weeks, they have been flowering, with lots of fallen flowers on the ground. 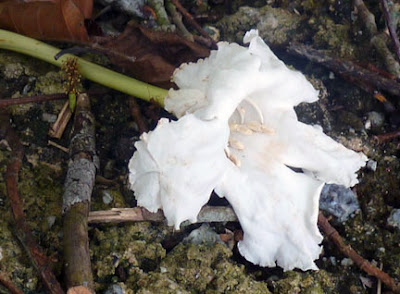 This bunch of fuzzy flowers belong to the climbing Rotan tikus (Flagellaria indica). These eventually turn into pretty pink berries. 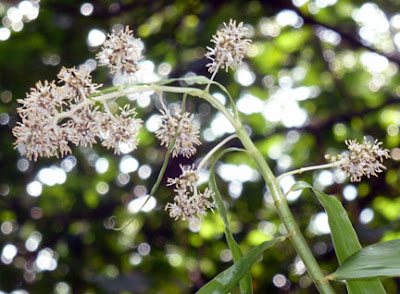 I didn't see many people on the shores. At Pasir Ris, the shore almost always has big holes on the high shore dug up by people looking for worms. On one trip, I saw someone with a plastic bag methodically searching the mangroves at Kranji Nature Trail. 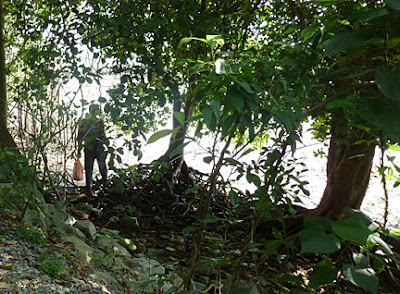 Oh NO! There was a motor cycle helmet stuck on the roots of the Bakau Mata Buaya tree. 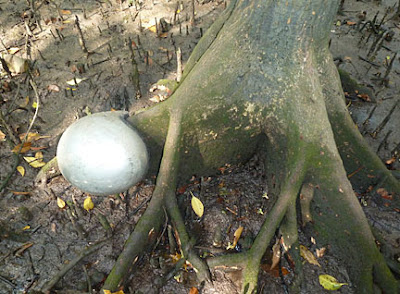 Oops, inside the helmet, fierce ants have made a nest. 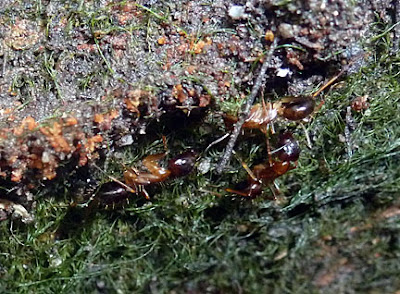 I remember Siva telling me that litter sometimes does provide habitats for tiny creatures. Anyway, I moved the helmet gently away from the tree.

Until the next neap tide, I hope my favourite mangroves remain safe.
Posted by Ria Tan at 3:34 PM