Could this be the very rare Bakau mata buaya (Bruguiera hainesii)?! 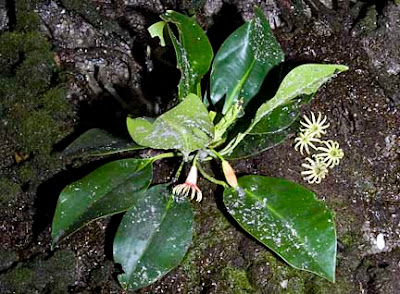 This tree is listed as Critically Endangered and as far as I know, there is only one mature tree on the mainland, and two on Pulau Ubin.

I came across a broken branch on the ground, fortunately with flowers on it. And while there were many fallen calyx on the ground, I failed to find any identifiable propagules. 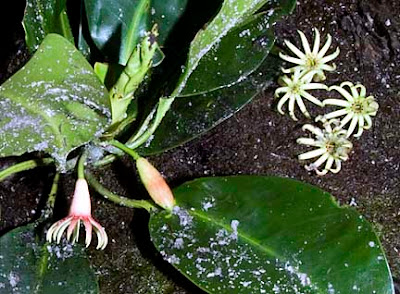 The tree is quite tall, about 15m, and is not crowded near any other trees aside from one very large Sonneratia tree. 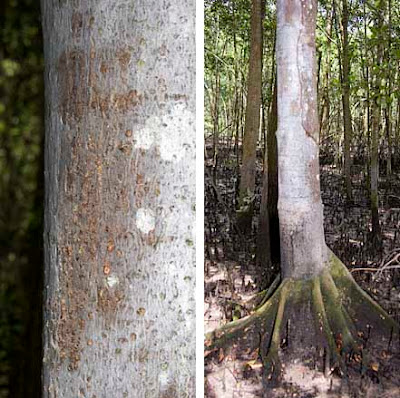 There seems to be much flowering on the upper branches. I could only take grainy blurry shots as they were so high up and I had to shoot against the sun. 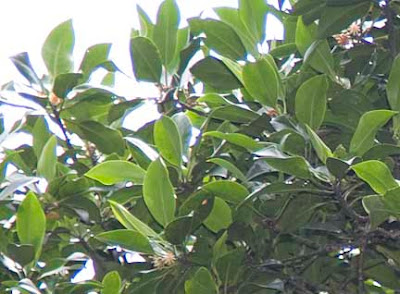 I couldn't really get a good shot of any propagules. Here's a blurry one. 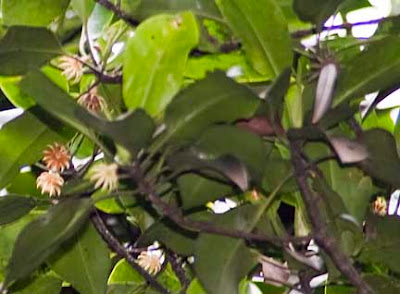 Here's some accidental shots of propagules very high up in the tree.

WOW, I wonder if this tall mature tree is indeed Bruguiera hainesii?! That would be awesome!

I had visited to try to check up on the Mangrove lime or Limau lelang (Merope angulata) which I last saw in April. There are a few scrawny shrubs here and how nice to see some flowering and fruiting. This plant is listed as Critically Endangered. 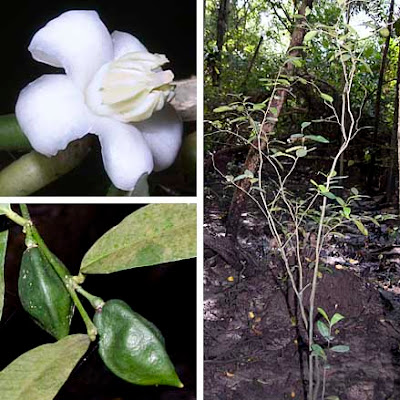 There were many Dugun air (Brownlowia tersa) bushes well dispersed over quite a large area among the trees. This plant is listed as Endangered so it's great to see so many of them. Unlike the one at Woodlands, I didn't see any with broken branches. 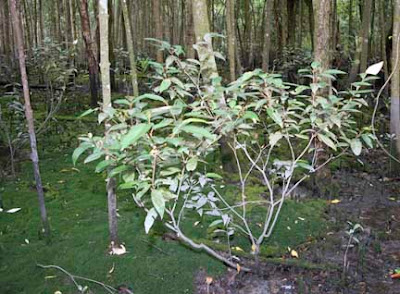 I checked all the bushes that I came across and only one was beginning to flower. None of them had fruits. 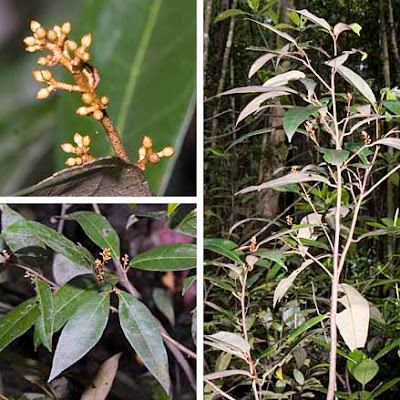 I looked for signs of what I thought was the Gedabu (Sonneratia ovata) that I saw on my previous trip but only saw bits of flowers on the ground. No fruits. 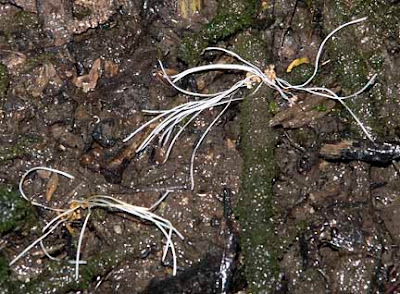 There were lots of crabs scuttling about. This one was quite large. It think it is some kind of tree-climbing crab (Episesarma sp.). 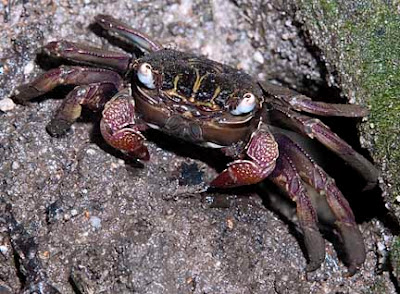 Mangrove crabs can be quite colourful! This one is probably the Face-banded sesarmine crab (Perisesarma sp.). 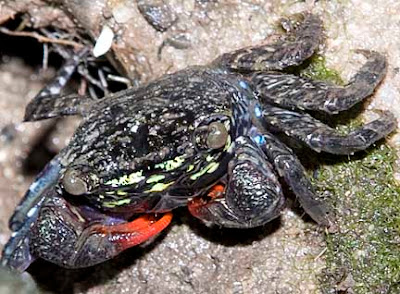 There are all kinds of mangrove Onch slugs (Family Onchidiidae) on tree trunks, leaves and on the ground. While they may look very similar from above, they can be quite different and colourful on the underside. 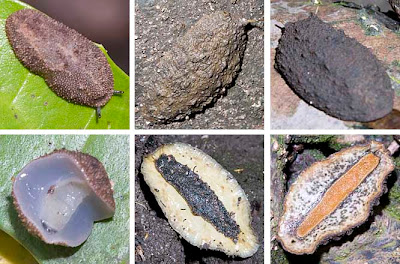 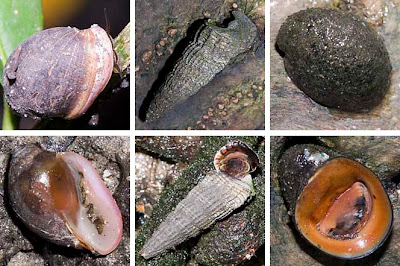 There were lots of these large Belongkeng snails (Ellobium sp.) crawling about on the tree trunks. 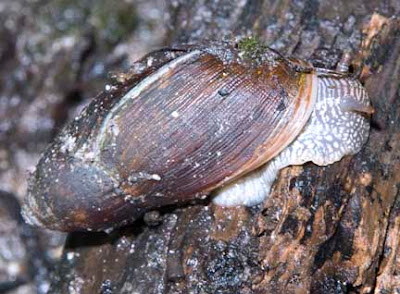 In some parts of the mangroves, the ground was thick with tiny little Red berry snails (Assiminea sp.). 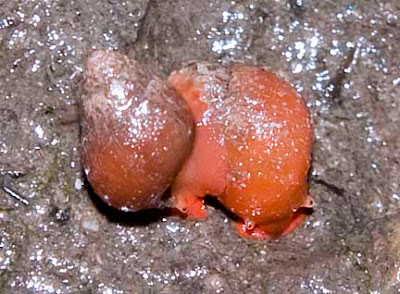 In the pools of water was a large Red mangrove flatworm (Limnostylocus sp.), swimming upside down. Wow, we can see it's body parts. 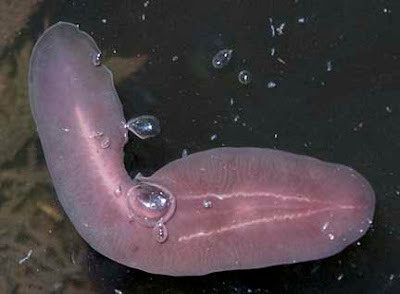 I also came across many typical mangrove spiders. The long legged spider might be the Mangrove Big-Jawed Spider (Tetragnatha josephi). This spider was named after Joseph Koh! And the beautiful Mangrove St. Andrews' Cross spider (Argiope mangal) which was described by Joseph Koh in 1991 from specimens from Lim Chu Kang! (See his paper "Spiders of the Family Araneidae in Singapore mangroves" in the Raffles Bulletin of Zoology; download PDF). 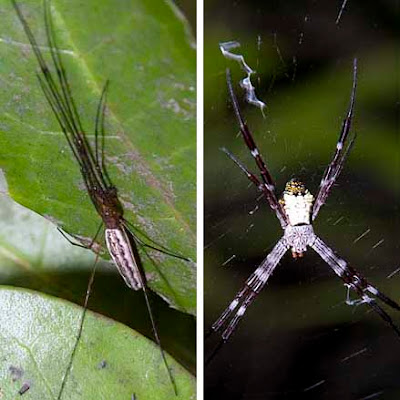 Here's a little Lynx spider ready to capture prey, with a safety line behind it in case it has to beat a quick retreat. More about the amazing spiders in our mangroves.

As I was leaving, the tide rose rapidly and I saw this spider 'walking' on the in-coming water. It looks like the Fishing spider (Thalassius sp.). 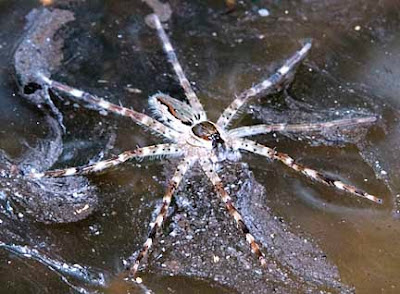 There were also lots of butterflies, mudskippers and Malayan water monitors all moving too fast for me as I focused on plants today.

Our mangroves are quite awesome! There's just too much to see and soon I had to leave as the tide rushed it among the trees.
Posted by Ria Tan at 4:42 PM